The Maryland Chamber of Commerce has turned to a well-known Maryland political figure to be its new leader.

The chamber announced Wednesday that Mary D. Kane would become president and CEO beginning next Monday. She replaces Christine Ross, who departed over the summer after five years on the job. 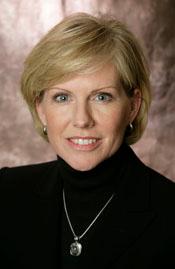 Kane has led state, federal and global organizations, most recently at the U.S. State Department as director of the National Museum of American Diplomacy. An attorney, she also served as secretary of State in Maryland under Gov. Robert L. Ehrlich Jr. (R) from 2005-2007 and as executive director at the U.S. Chamber of Commerce from 2008-2011.

Kane also been a political candidate in Maryland, running to be lieutenant governor on a ticket headed by Ehrlich in 2010, for a legislative seat in 2002, and for a Montgomery County council seat in a 2000 special election. She’s also half of a political power couple in Maryland: Her husband, John M. Kane, is a former Maryland GOP chair who runs his own Annapolis lobbying firm, Aton Strategies LLC.

“When the search committee began the process to select the next CEO of the Maryland Chamber, we agreed that our primary goal was to identify a candidate that was most qualified to continue to move the Chamber forward as the leading voice for business in Maryland,” said Gracelyn McDermott, a vice president at Kaiser Permanente of the Mid-Atlantic States and chair of the chamber board. “Mary’s appointment will round out what is already a stellar team of professionals who are committed to ensuring that the Maryland Chamber is the premier business advocacy organization in Maryland.”

Kane, who has also served as president and CEO of Sister Cities International and chair of the Board of Trustees of Mount St. Mary’s University, her alma mater, said she was “honored and excited” to lead the chamber.

“The pandemic has reminded us of the importance of our community, the need for strategic thinking and the courage to pivot when the need arises,” Kane said.

Chamber of Commerce CEO: New Taxes Are Not the Way to Support State’s Job Creators

Maryland businesses and employers are no strangers to policies and initiatives that make doing business in our state more costly and challenging. Fortunately, over…