The writer is a candidate for Montgomery County Council at-large, a community organizer and a 2015 Environmental Leadership Program Senior Fellow with the Chesapeake Regional Network.

Hurricane Ida has caused devastating damage and cost the lives of more than 60 people across seven states. It has rendered more than 1 million Gulf Coast residents and businesses without power; closed school for weeks for 250,000 Louisiana students, most of whom will not have the option for virtual learning; and flooded apartments, highways and subway systems throughout the Northeast, more than 1,000 miles from its landfall.

In Maryland, heavy rains have been devastating for our communities. Our hearts are with the family of Melkin Daniel Cedillo, who drowned on Sept. 1, as he was rescuing his mother from flooding in their basement apartment in Rockville. The additional 150 residents of the Rock Creek Woods Apartments who have been displaced also remain in our thoughts as they recover from this devastating flood.

Make no mistake: what we have seen across the country and experienced in Montgomery County in the past several weeks, with frequent flash flooding far beyond a typical summer storm — is how climate change will continue to show up in our communities.

We can no longer treat the climate crisis as if it is something that will happen in the future; it is happening to us, our family members and friends, our neighbors and colleagues, right now.

At the beginning of August, the Intergovernmental Panel on Climate Change released its latest report, the sixth one published since the group formed in 1988. The report is unequivocal: the extreme and rapid changes that we are experiencing in our climate are driven by human activity.

We have created this crisis, and it is our responsibility to act, so that we and our children and grandchildren can have daily lives that aren’t marked by widespread poverty, food and water shortages, and ecological breakdown.

The climate crisis can feel overwhelming, and it can feel easier to turn toward our daily lives and away from a tragedy that has been unfolding over decades. But we can act.

Here are things that we can move forward at the local level, right here in Montgomery County: 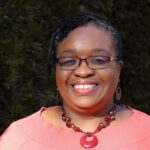 The Intergovernmental Panel on Climate Change report also tells us that the next few years are our last chance to prevent the global climate from warming more than 1.5 degrees Celsius over pre-industrial levels. Our current level of warming (about 1.1C) is already causing unprecedented storms, fires, heatwaves, droughts and floods across the world, and has already contributed to sea levels rising, polar ice melting, and the ocean becoming warmer and more acidic.

Every additional 10th of a degree pushes us closer to the breaking point of our natural systems — to ecological devastation that makes the current climate crisis pale in comparison, and that will fundamentally change how human beings can live on the Earth. The decisions we make now — this month, this year — around land use, transportation, energy and more will determine whether that devastation is our future.

Last, but by no means least, we cannot ignore that the people who are suffering the most from Ida’s impacts are the people who have continued to be marginalized and disadvantaged by our policies and politics. They are renters. They are Latino, Black and Indigenous. They are poor and working class. They are immigrants.

They are also the folks who disproportionately were exposed to and died from COVID-19, because they already had less access to health care and less economic security. They are the essential workers who we applauded — but refused to consistently protect by paying them living wages, providing protective equipment, or doing what was needed to stop the spread of the virus. The same attitudes that lead us to devalue the well-being of fellow humans on whom our society depends are reflected in how we devalue the ecosystems on which our lives depend.

The fight against climate change is not about finding a quick tech fix. It is about fundamentally changing the way we understand our responsibilities to one another, the planet we live on and all the other living things we share it with.

It is a fight for health, justice, dignity and the right to live and thrive. We need public leaders who will take up this fight with the urgency it demands. Our communities cannot wait any longer.

Over the past few years, we’ve watched too many videos and heard too many news reports from across the country about police brutality and…

Chamber of Commerce Weighs in on MoCo Planning Board Finalists

With the Montgomery County Council set to interview the seven finalists for the two vacancies on the county planning board this week, the Montgomery…