The writer represents the 45th District in the Maryland Senate, which includes Northeast and East Baltimore City. He also serves as the first vice chair of the Maryland Democratic Party. He can be reached by email at [email protected] and followed on Twitter @SenatorMcCray.

Last month, we lost a labor movement giant in President Richard Trumka of the AFL-CIO. Rich gave his life to labor and we owe him an enormous debt.

I have great faith in newly elected AFL-CIO President Liz Shuler. I will never forget the doors that Liz opened for me within the IBEW and amplifying the voices of young workers across the country. That experience, no doubt, guides the work I have been blessed to undertake in the Maryland General Assembly.

On Labor Day 2021, I am reflecting on the progress the current legislature has made on behalf of our fellow Marylanders. 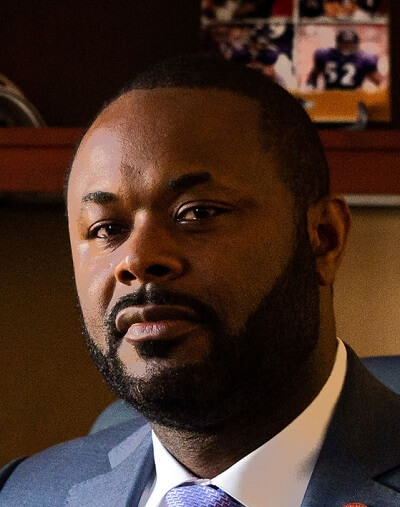 In 2019, I had the honor to work with a coalition of labor partners including SEIU, UFCW, AFSCME, and many others to pass legislation that increased the minimum wage to $15 an hour. While the governor vetoed our legislation, our Democratic legislature overrode that veto, as my colleagues and I knew that the minimum wage increase would be vital in uplifting Maryland families.

The state was ahead of the game, with large employers such as Johns Hopkins, Under Armour, LifeBridge, Target, and Costco following suit to provide their employees a living wage. This did not happen by luck, but rather because of the intentional leadership of leaders in the General Assembly like Delegate Diana Fennell of Prince George’s County.

But our work didn’t stop at raising the minimum wage as it relates to better labor practices. My colleague, Senate Budget and Taxation Committee Chairman Guy Guzzone, had the foresight to push for collective bargaining rights for community college employees, showing that the right to bargain is one of the most essential components for nearly any set of employees.

While the governor vetoed this bill, it is my sincere hope – as a legislator and a labor unionist – that we will override the veto. Too much is at stake not to, as collective bargaining isn’t just about wages (or health care and retirement), but also about working conditions and the quality of treatment of staff. We owe every worker, especially those doing the working of the public, the right to be furnished a work environment that is conducive to them effectively getting the job done – and their quality of life. This about something we all want: respect and dignity at work.

Uplifting Maryland families and increasing public employee rights just wasn’t enough for my colleagues and me; we want to positively impact as many people as we can through our work. So, when Senate Finance Committee Vice Chairman Brian Feldman and Delegate Kris Valderrama introduced Senate Bill 35 and House Bill 37, I knew I would be voting “green!” This critical legislation ensures that workers completing projects funded by Maryland taxpayers would be afforded not only a living wage, but also affordable health care, and respectable retirement options.

While one hoped this type of protection was already in place, that wasn’t the case on so many projects undertaken by our public institutions. These simply cannot be our values. Maryland can and has to be a leader in labor rights. How can we truly say our great state is leading the way in the nation when so many of those working on publicly funded projects still have to rely on food stamps, public health care, and housing subsidies?

What is mind-boggling is that the governor vetoed this legislation, too, even though he has pushed for Marylanders to find work, so that they can come off of public assistance. However, the General Assembly overrode it!

An icon in labor, A. Philip Randolph, once said, “A community is democratic only when the humblest and weakest person can enjoy the highest civil, economic, and social rights that the biggest and most powerful possess.” This Labor Day, I am humbled to be a part of a community of public servants focused on improving the lives of workers across the state, improving standards while ensuring workers have a voice in the process.

While this work has not been easy – look no further than the governor’s vetoes – we remain intentionally focused on what we were sent to Annapolis to do: adopt policy that improves the lives of Marylanders and increase accountability of our institutions. So today, may we all commit to building a workplace where worker’s rights matter. Let’s do this in memory of giants like A. Philip Randolph and Richard Trumka – and for workers everywhere.