The writer, a Democrat, represents Montgomery County District 20 in the Maryland Senate. He is chair of the Senate Judicial Proceedings Committee and a member of the Juvenile Justice Reform Council.

My colleagues and I sat captivated as Dwayne Betts, published poet and Yale Law School graduate, told his story in the three short minutes we allocated. The Juvenile Justice Reform Council (JJRC) was meeting again to figure out how to repair Maryland’s juvenile justice system.

Betts bitterly noted how he felt the legal system threw the 16-year-old version of himself in prison for eight years without giving his case much more time than we gave him that day.

The JJRC has been meeting since October 2019, methodically studying the many entrances and few exits from the maze of Maryland’s system of youth justice. The arrests of young kids. The hurdles placed by probation. The overuse of incarceration. The damaging illusion that we can charge and punish youth as if they were adults, even though we know they are not. Each step of the process is rife with racial and ethnic disparities that show youth of color are treated more harshly than their white peers for similar behavior.

It’s time to fix this.

This past legislative session, with a heavy docket of worthy legislation – we took significant strides forward and passed bills to end life without parole for people younger than 18; to depoliticize the parole process by removing the governor; to reform Maryland’s relationship with federal immigration authorities; and the most comprehensive and consequential package of police reform legislation in our state’s history. All of this in a mere 90-day session.

With that said, we were unable to adequately address the juvenile reform legislation authored by the JJRC. 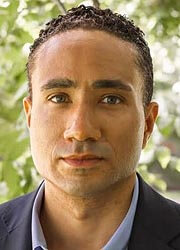 The juvenile justice omnibus bill will be one of the first the committee hears in 2022, and I encourage my Senate colleagues to support those long-overdue reforms. However, that bill does not address why Maryland stands apart in sending our kids into courts designed for adults, which was the topic of the July 20 hearing.

Dwayne Betts grew up in Maryland. At age 16, he was arrested in Virginia for a carjacking charge. He confessed, and he was sentenced to years in prison. At sentencing, his judge said, “I am under no illusion that sending you to prison will help.” Indeed, research that shows treating youth as adults harms public safety by increasing recidivism and future criminal behavior.

Mr. Betts’ example underscores that these problems are not unique to Maryland, but we have a larger problem on our hands than most of the nation does. A later witness from The Sentencing Project presented us with a devastating statistic: only Alabama automatically sends more of its kids (on a per-capita basis) into adult courts than does Maryland, and our statistics are so incomplete that we might actually rank 50th, not 49th.

We can and should end the process of automatically charging our youth as if they were adults. Discretionary waivers, a process to evaluate each youth and each charge, would still exist without these automatic mechanisms. The difference? A juvenile court judge, having listened to counsel on each side of the case and to expert witnesses, would be the decision-maker.

Mr. Betts’ other example to us is a more hopeful one. He was not destined for a career of crime. He survived prison. He is an award-winning author for his poetry. He attended law school. It’s not easy for a person convicted of a felony to pass the bar and attain a license (one of thousands of collateral consequences of a felony conviction), but Mr. Betts did it.

The potential for greatness might not have been readily apparent when he was a high school sophomore arrested for a felony, but his talent was there all along.

We have a choice. We can continue to lead the nation by throwing our kids into the adult system or we can handle these cases – these kids – in the juvenile courts that are built to address their challenges.

I’ll do my part and take the first steps to fix the mess we’ve made by proposing legislation that ends this policy.

At a heated meeting Thursday, the Juvenile Justice Reform Council voted to recommend that the legislature abolish the practice of automatically charging minors in…

Before he spoke at the Juvenile Justice Reform Council Tuesday afternoon, Dwayne Betts was told he had three minutes of their time. The council…