Campaigns for the 2022 are heating up, including a number of contested primaries. Here are some notes from the campaign trail:

Lacey, a 40-year-old attorney who was elected to the council in 2018, told The Capital-Gazette that the the COVID-19 pandemic prompted her to re-assess where she can be most effective.

“The state level needs to have a broader vision of what can be accomplished through state law,” Lacey said. 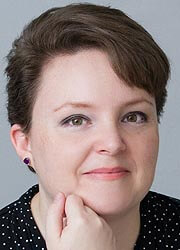 Lacey has ousted a sitting officeholder before: She upset then-County Councilmember Pete Smith in the 2018 Democratic primary and then went on to prevail in a competitive general election.

But Beidle, 70, is a well-known and formidable political figure who has represented Anne Arundel at the state and county level, dating back to her time on the county council, since 1998.

In a recent Facebook post, Beidle noted that she has “helped” Lacey advance politically, and said that she and the three House members from District 32 — Dels. J. Sandy Bartlett, Mark S. Chang and Michael J. Rogers — planned to file for reelection and run as a ticket in mid-August.

Lacey’s decision to challenge Beidle means her 1st District county council seat will become vacant next year — and Smith, the incumbent she knocked off in the 2018 Democratic primary, seems determined to try to win his old job back.

“Because local level is where my heart is, I have every intention of running for the District 1, County Council seat next year,” the former councilmember said in a statement last week. “I have a heart of service and a record that speaks to this. I hope I can continue to be an advocate for this community.”

Smith was appointed to the county council in 2012 to replace then-Councilmember Daryl Jones (D); the council had removed Jones after he was convicted for failing to pay federal taxes. But when a court ruling decreed that the council had exceeded it powers, Smith resigned to let Jones reclaim the seat in 2013. Smith then was elected to a full term in 2014 before falling to Lacey in the Democratic primary four years later.

A safe haven for Shoemaker?

Del. Haven N. Shoemaker Jr. (R-Carroll) announced in late July that he won’t seek a third term in 2022 and will instead be a candidate for Carroll County state’s attorney.

Gov. Lawrence J. Hogan Jr. (R) recently appointed Brian L. DeLeonardo (R), who had served as state’s attorney since 2014, to a judgeship on the Carroll County Circuit Court. Allan Culver, who had been DeLeonardo’s deputy and has been a prosecutor in Carroll County for 20 years, is now serving as state’s attorney in an interim role. It isn’t clear whether he’ll seek a full term in 2022.

David Ellin, an attorney who ran unsuccessfully for the House of Delegates in 2018, is already seeking the Republican nomination for state’s attorney. He is a former Democrat who sued the House Republicans’ House Victory 2018 Slate for defamation for campaign mailers the committee paid for during the GOP primary.

Shoemaker is one of the most colorful members of the House, a vocal conservative with an acerbic wit and the occasional flare for the dramatic. Assigned to give the annual Lincoln Day address to his colleagues in 2020, Shoemaker appeared on the dais in the House chamber with a top hat and fake beard in an attempt to look like Abraham Lincoln.

In explaining his decision to run for state’s attorney, Shoemaker, who has never been a prosecutor, told The Carroll County Times last month, “In both the political realm, and as a lawyer, I have spent most of my adult life seeking justice.”

Planning her next move

“Throughout this journey, I hope I was able to inspire the next generation of engaged community leaders, who protect their communities, lead from the front and always with the utmost integrity,” Fani-González wrote in a Facebook post.

Opinion: Questioning the motives of those seeking ‘transparency’ in Montgomery County planning

Bills under consideration in the county’s legislative delegation do not primarily deal with new, independent oversight.