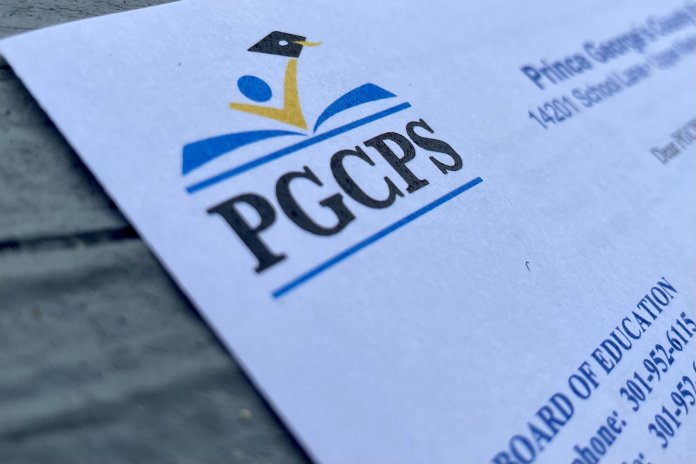 On Nov. 3, 2020, an election occurred that shifted the political landscape across the country. Locally, this election signaled a major shift in county politics, specifically on the Prince George’s County Board of Education.

For the first time since the Board of Education’s hybrid model was introduced in 2013 through HB 1107, the board has a majority of elected progressive members who were not necessarily the favored picks of the county’s most powerful politicians.

I am part of the new generation of elected leaders on the board, most of whom graduated from PGCPS and ran for the Board of Education with the goal of making bold transformational change in our school system. We spent a year raising money, knocking on doors and truly listening to the concerns of tens of thousands of residents.

This stems from the fact that despite being the only candidate in the race who had any background in education and/or education policy, the most powerful politicians in my district and in the county opposed my election. They raised tens of thousands of dollars for my opponent and campaigned vigorously up until the end of Election Day.

Despite this fact, I won by 33 percentage points due to the support of an overwhelming majority of voters who I’m proud to now serve on the county’s Board of Education. This race tipped the scales on the board and secured a progressive majority, much to the dismay of the political establishment.

Entering into office, we hit the ground running; passing significant policies in a relatively short amount of time, including creating equity learning hubs for students who were disengaged from virtual learning; allocating $10 million for some of our lowest-performing and highest need schools; providing funding for mental health services, and a host of other initiatives.

These policies are student and community centered and were strongly supported by parents and students. As a career educator, I was ecstatic to be able to actually work on improving my local school district where my daughter will be a student.

What happened almost immediately once we were sworn in was an attempt to overturn the election and the will of the people of this county. Since her swearing in as board chair, Dr. Juanita Miller has served as an obstructionist who was willing to shut down the Board of Education in the midst of addressing the impacts of the COVID-19 pandemic, support a sham ethics process, and make factually false accusations to the press.

What you are witnessing is what we typically see in authoritarian governments, when a ruling group uses bureaucratic systems to criminalize aspects of democracy. Whenever progressive members of the board attempt to advance broad progressive policy or changes, our actions are deemed as somehow inappropriate, even when policies, best practices and laws are followed.

How can we encourage young professionals to run for office when they are going to be railroaded in this way? Instead of being embraced, there has been a concerted effort to deter us.

I don’t mind breaking this down point-by-point to explain all of the ethics allegations and where you can find the truth.

● First and foremost we passed a resolution to expand fair wage job opportunities with high standard working conditions for Prince Georgians during a pandemic.

The ethics panel claims that on March 1, 2021, elected members of the board who received campaign contributions from LiUNA, a labor union, then voted to mandate PGCPS participate in community workforce agreements which they believe would benefit this particular union.

This is false. The Board of Education did not mandate that the school system do anything in the March 1 resolution. We voted broadly for the school system to enter into project labor agreements on capital projects if PGCPS deemed it appropriate. A project labor agreement supports providing equal access to jobs, fair wages and protections for working people, and has been done in municipalities in our very own county, as well as across the state and country.

The name LiUNA is not mentioned once in that resolution and it passed unanimously. The words “shall” and “must” also do not appear in this resolution. Click here to read it for yourself.

The ethics panel claims that I and other members violated Board Policy 0107, which states that an official may not intentionally use prestige of office for the private gain for themselves or another.

The community workforce agreement that the board voted unanimously for on March 1 was neither private gain for any board member, nor did it mandate any private benefit for any labor union or company. However, this resolution benefited the public, the working people of our county.

Another example of the flawed ethics report is when the board hired a lobbyist to advocate for many items, including funding for students and also a fully elected board, which would give citizens a greater say in their government.

● The ethics panel claimed that the accused members of the board violated policy by hiring their own lobbyist, that the lobbyist was unqualified and only focused on a single issue.

This is false: The board has actually hired its own lobbyist (separate from the CEO/Superintendent) on several occasions in recent memory, including Len Lucchi (2008-2012), Schwartz, Metz & Wise, P.A. in 2013, and Darryl Kelly in 2007. The ethics panel is completely wrong to state that 2021 was the first time that the board hired its own lobbyist.

This information is readily available on the public PGCPS BOE Board website. All HR policies and procedures were followed and the lobbyist worked on a variety of legislative priorities including advocating for dyslexia and early literacy practices, equity learning hubs and garnering support for the COVID response budget package.

● Lastly, when the board office was reorganized to create new positions in January, the ethics panel claims that elected members initiated a board office reorganization that did not follow policies or procedures.

What is unethical about an approved HR process? It had been long known that the board office needed reorganization, and the process was guided by the PGCPS HR Department and board legal counsel at every step.

It is clear that the development and illegal leak of the factually flawed ethics report is a targeted attack against the progressive majority of the Board of Education. This type of gutter politics has no place in Prince George’s County. We have retained legal counsel to properly address this matter in the court of law, not the court of public opinion, and are confident we will be vindicated upon proper review.

This speaks to a larger undeniable fact that when young progressive members threaten the status quo within this county they are viewed as a threat and treated as such. This is a clearly politically motivated effort to unseat elected officials. How else do you explain a fast-paced, factually flawed ethics investigation? How do you explain the surprise and secret appointment of a new board member the day of a consequential vote to approve the false ethics report?

These ethics violations are an attack on democracy and democratic institutions. For every step we take to advance greater opportunities and representation for taxpayers of our county, we are met with obstruction by the political establishment.

You can try to silence the voices of the people but we will NOT stop running for office, and we will NOT stop passing policies that benefit working people. The fact of the matter is that you cannot undo an election through bureaucratic processes and media manipulation.

Prince George’s voters should be appalled at this attempt to execute a coup of democratically elected officials with false accusations. I call on all people who care about democracy, workers’ rights, and getting back to focusing on the needs of children to stand with us and demand an end to this attempt to overturn the results of a free and fair election.

The writer is a member of the Prince George’s County Board of Education.

(Disclosure: Leonard Lucchi is a member of the Maryland Matters Board of Directors.)