After the Fourth of July parade in Rock Hall, friends and family headed down to the pier for steamed crabs and cold beer, just like generations of Marylanders before us.

My great-grandmother, Lillian Downey, and her family made their living by crabbing and fishing on the Chesapeake Bay. For most of our history, the Chesapeake’s blue crabs, oysters and rockfish have been the backbone of the Eastern Shore economy.

Yet, the commercial fishing industry today is under siege. None of this is surprising. When natural resources are at risk, the locals usually pay the price. In the case of the Chesapeake, the watermen bear the cost of our collective failure to protect the Bay.

The Eastern Shore suffers from economic free riders who continue to dump nutrient pollution into the Bay. The Chesapeake’s watershed extends deep into Pennsylvania, Virginia, Delaware and parts of New York. The majority of chemical pollutants in the Bay enter through rivers, streams and tributaries from industrial manufacturers and big agriculture in out-of-state metropolitan areas. These free-riders harm the Bay’s fragile ecosystem and then push the costs onto the local community.

State and federal governments have also failed to protect the Bay despite spending billions of dollars each year on its restoration. Look no further than the Chesapeake Bay Foundation’s 2020 scorecard, which gave the Bay an overall D+ rating based on water quality, biodiversity and other key indicators. For nearly 50 years, taxpayers have footed the bill to restore the Bay. With a D+ grade, the taxpayers stand to lose when state and federal governments fail to achieve results. On the Eastern Shore, the watermen pay the greatest costs.

There are solutions. We just need leaders with the courage to re-align the economic incentives in a manner that sustains the Chesapeake Bay for generations to come.

First, we need political leadership which recognizes that the watermen are necessary to the long-term sustainability of the Bay. They must lead the efforts to protect and sustain the Bay as they have throughout history. Public grants often bypass them as the core constituency. As a result, we rarely get the outcomes we need.

Next, the health of the Chesapeake depends on the cooperation of six states and the District of Columbia. New York, Pennsylvania, West Virginia, Delaware and Virginia are all guilty of polluting the rivers and estuaries that flow into the Bay. The Chesapeake is a treasure that demands national support and protection from out-of-state free riders. 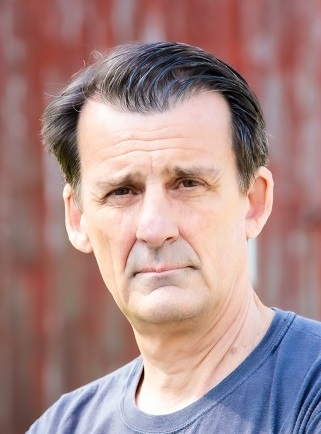 To highlight this challenge, the 2020 Chesapeake Bay Foundation’s evaluation of the Chesapeake Clean Water Blueprint showed that the progress made by Maryland and Virginia in curbing pollution is consistently undermined by neighboring states that are failing to meet targets. Those farther away have less incentive to protect the Bay. Pennsylvania, in particular, is far off track. It accounts for the largest share of phosphorus and nitrogen pollution in the watershed, and it could single-handedly keep the Eastern Shore from achieving the scientifically derived 2025 water quality targets.

Third, the U.S. Environmental Protection Agency has abdicated its responsibilities under the Clean Water Act to protect one of our nation’s most precious natural resources. It is not enough to set aspirational targets with no accountability for states that ignore them.

The current congressman charged with advocating for the needs of Maryland’s Eastern Shore — Andy Harris — has a 0% rating from the League of Conservation Voters in 2020. Harris is conflicted; he has received campaign contributions from industrial agriculture and fossil fuel groups that benefit from weak environmental protections.

The EPA must do its job and begin by ensuring that all stakeholders are involved in protecting and restoring the Bay. Watermen, farmers, restaurateurs, conservationists, marine biologists and others need to commit to solutions that provide quantifiable results.

Finally, to protect the Bay, sustain the Eastern Shore economy and respect our Chesapeake cultural heritage, we must restructure financial incentives to leverage public and private capital to drive outcomes. Mid-Atlantic states should finance targeted infrastructure projects to limit groundwater runoff to waterways that feed into the Bay. Further, we can leverage social impact capital for fishers and farmers to promote sustainable harvesting practices with economic support for workers in industries transitioning to more sustainable practices.

For the past 50 years, efforts to protect and restore the Chesapeake Bay have largely failed. We need to think differently, depoliticize our actions and produce better results. To do so, incentives must shift. Those closest to the Chesapeake must be the real stewards of the Bay’s long-term sustainability.

The writer is a Democrat running in Maryland’s 1st District congressional race. Follow his campaign at www.hardenforcongress.com.