When I was 15, a close relative kidnapped me. He beat me for days. He yelled in my face, “You won’t speak without my permission, you won’t eat without my permission, you won’t even go to the bathroom unless I say you can!” Along with every blow to my body he would shout, “You can scream but no one is coming for you.” As he beat me in a locked room with his friends laughing from the living room — doing nothing to stop him — I believed him.

Today at 40 years old, I now know that what this relative did was what most abusers do to keep victims silent. It’s bad enough on its own. The trauma wounding abusers inflict makes it difficult to trust yourself and build healthy relationships. But the attachment wounding that comes when groups and systems in your community fail to protect you — that wounding makes you hopeless.

It has now been 25 years since this relative kidnapped me, and after years and years of painful work toward healing my own wounds, I am LIVID to see that our city is leaving the community’s most vulnerable members all alone, left to believe that no one is coming for them.

Baltimore City State’s Attorney Marilyn Mosby recently told these individuals, “What we learned in [the last] year, and it’s so incredibly exciting, is there’s no public safety value in prosecuting these low-level offenses,” referring to “prostitution” and other “non-violent crimes.”

The first and most problematic assumption motivating this policy is that all encounters involving the exchange of sex for money qualify as “prostitution.” Relying on such a flawed presumption, our city’s “protectors” fail to appreciate the real danger that women are facing from sexual exploitation in Maryland. Their disregard for lives impacted by sex trafficking and survival sex — which look just like prostitution — parades as “progress” when in reality it will intensify the conditions that foster violence against women, public health crises, and poverty.

So what is the difference between sex trafficking and prostitution? The legal definition of sex trafficking is the “use of force, fraud or coercion to induce another individual to sell sex.” Prostitution, however, is defined as “engaging, agreeing, or offering to engage in sexual conduct with another person in return for a fee. The primary difference between these two terms involves the role of consent. Let’s talk about that.

I’ve sold sex for money. When I first began doing this, at age 20, my participation in “sex work” was voluntary. I was a prostitute. I thought I wanted to do it and I thought I could manage the psychological consequences. I couldn’t, and my ability to consent became compromised over time. I entered a life where I was threatened, intimidated, humiliated, and alone. 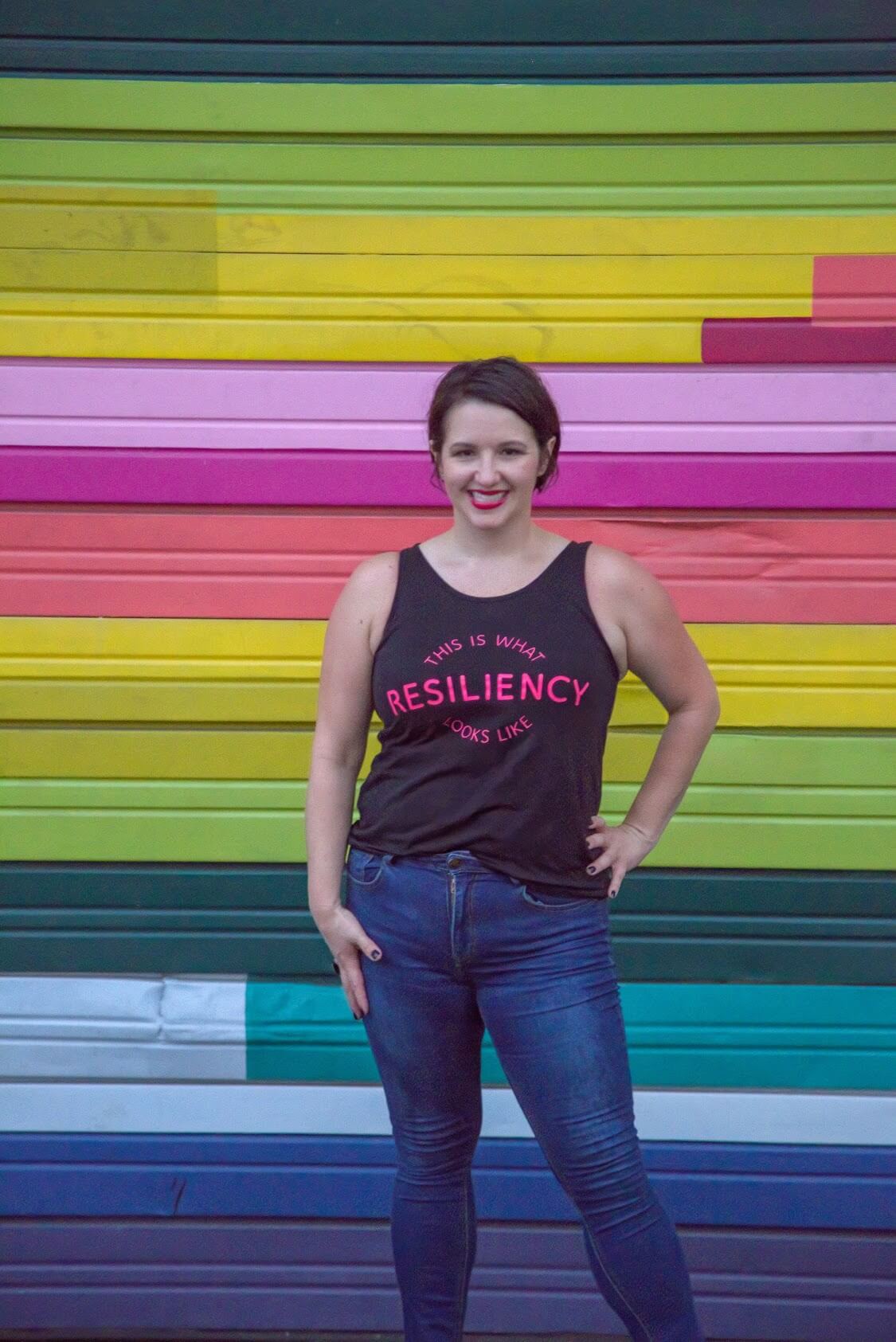 The only source of support or guidance I had was the madam, who introduced me to a new kind of abuse. She told me all the things I wished I’d heard from a nurturing, protective mother and yet she sent me out to sell my body even on days I wanted to die. She was coercive and manipulated me into believing that I couldn’t do anything else. When I tried to quit, she said, “The $200 in your sock drawer isn’t gonna last long.”

She didn’t have a gun to my head, but she used my fears to keep me from leaving. So what began as consensual “prostitution” became trafficking. But I didn’t know that for a very long time. For years, I carried the shame of believing that I chose my trauma.

In 2015, I decided that I couldn’t live in fear any more. I started an organization called HER Resiliency Center in an effort to provide young women like myself with the guidance I so desperately needed at age 20. In my efforts to educate myself about the myriad issues facing the women we serve, I invited Shared Hope International to bring their nationally recognized training on sex trafficking to the organization.

I’d just started HER and didn’t actually know much yet about sex trafficking but was eager to learn. As the instructor shared true stories of women, girls and boys who had been sex trafficked — forced to have sex with strangers for their traffickers to profit from the exploitation of their bodies — my own body started to ache. I felt nauseated as the trainer shared the story about a little girl who every day after school went straight home, dropped off her backpack and immediately over to her neighbor’s house where he made sex videos of her.

The question came up, “Why did she keep going there?” The answer: The neighbor told the little girl that if she didn’t come every day that he would have her little brother over instead. He intimidated her, violated her and threatened someone she loved — all while she was a kid.

My body grew increasingly sick as I wanted to jump out of my skin.

Days later, I started having flashbacks to when I was kidnapped and brutally beaten by my relative for several days straight. I would feel the blows of his leather belt — with the loops to hold bullets when hunting — strike my raw skin and felt the emotional fear as he threw my body across the furniture and yelled, “It could be worse!”

The flashback became so intense that I was repeatedly asking myself, “Why? Why didn’t I do more?”

And what I mean by “more” is that even in his brutality, my relative let me sleep in my own bed in my own bedroom every night. And in my bedroom, there was a window.

My mind would then cycle from the beatings to the window… and mentally move to the cop car down the street. I had never met or even seen the police officer several doors down but their cop car was always parked outside.

WHY? Why didn’t I open the window and run while everyone was sleeping?

FEAR. Complete and total fear that no one would believe me kept me from climbing out of the window and running.

It requires investment in unlearning problematic assumptions about “consent.” It requires earlier intervention in circumstances where women are taught not to trust themselves. It requires long-term commitment to a sustainable solution.

Right now, all we have is a single individual using her power to make the consequences of deep-rooted community dysfunction less visible.

Abuse of power happens in different ways, in different scenarios. For me as a little girl, the abuse of power was by my relative who was supposed to be in my life to protect me, instead of hurt me. For women, girls, and boys being sex trafficked, the trauma-bonding that traffickers use to keep them from leaving generally starts with the trafficker expressing care, all before turning them out to have sex with strangers — and ultimately abusing the trust cultivated, and its consequent power. At the government level, abuse of power looks like leaving the community’s most vulnerable on their own to survive.

In my city, and frankly across the state of Maryland and our nation, when leaders who have been identified as protectors fail to act, they only reinforce that our most vulnerable people don’t matter.

As a woman who has survived hell and has now been provided a platform to support young women every day, and even more who has an inherent understanding of what happens when our protectors turn their heads, I can’t not ask the following question.

Will you protect them even if you’re never called to have to look them in the eyes and say why you didn’t use your power to help them?

Opinion: Baltimore Needs Strong, Imaginative Leaders Who Understand the Challenges of Women on the Margins

Achieving the goal of protecting Baltimore and its most vulnerable residents will require efforts by stakeholders representing the full spectrum of our city.

As with most things in Maryland, COVID-19 derailed the state’s primary election, leaving many campaigns scrambling to reach voters from a safe distance for…

Natasha Guynes, who has made her personal struggles a key component of her Democratic primary campaign for a Baltimore City Council seat, is bringing…