The commentary “Legislature Must Act to Save the Bay in Light of Conowingo Dam Decision” [Maryland Matters, June 10] was misleading and inaccurate. As an Exelon Generation employee and environmental advocate, I’d like to set the record straight.

The Waterkeepers Chesapeake organization claims Exelon Generation and the dam have caused pollution in the Bay when, in fact, the opposite is true. The Conowingo Dam creates no pollution and since its construction in 1928, the dam has benefitted the Bay immensely by trapping harmful pollutants that flow down from Pennsylvania and New York and preventing an average of 600 tons of trash and debris each year from reaching the Bay.

The organization also alleges that the dam’s new operating license will somehow have damaging environmental and economic consequences on the Bay region. Again, the opposite is true.

The new license paves the way for up to $700 million in improvements that will benefit Chesapeake Bay water quality and aquatic life for generations to come. As part of that, Exelon Generation recently provided more than $5 million to the Maryland Department of the Environment, and we’re launching new programs to enhance and protect the habitat for many species, including bald eagles, fish and eels, bats, mussels and Port Deposit’s Northern Map turtles.

As part of the agreement in the operating license, we also began a new trap and transport program earlier this year to relocate native fish to their spawning grounds in Pennsylvania.

That program alone deposited nearly 7,000 American shad directly at their spawning grounds rather than having them make the journey upriver and through Conowingo and two additional dams.

Working with U.S. Fish and Wildlife Service, we have collected and transported more than 1.6 million eels above all three local dams since 2015. We’ve also removed approximately 1,000 Northern snakeheads and nearly 1,100 flathead catfish, both of which negatively impact the river’s native species. 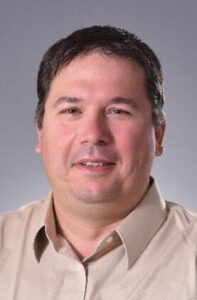 For decades, Exelon Generation has voluntarily removed an average of 600 tons of trash and debris around the dam each year. In 2018 alone, we prevented more than 4,000 tons of debris from reaching the Bay. In fact, Conowingo’s voluntary river cleanup efforts outpace all others in the Chesapeake region, including Waterkeepers Chesapeake.

And that won’t change under the new operating license issued by FERC. In fact, Exelon Generation will spend an additional $41 million to address accumulation of trash and debris that floats down from New York and Pennsylvania.

We will continue to be good environmental stewards, and we encourage all Maryland legislators and residents to see past the rhetoric, understand the facts, come visit the dam and see firsthand how we are part of the solution and not the problem.

You can also learn more about our ongoing commitment to the Chesapeake Bay region by visiting www.supportconowingodam.com

The writer is a passionate supporter of the preservation of the Chesapeake Bay and volunteers his time at various nonprofit groups in Maryland. He works for Exelon Generation as the plant manager of the Conowingo Dam.

Opinion: Does Hogan Care More About Wealthy Corporations Than the Bay?

During Larry Hogan’s campaign to become governor in 2014, he explicitly stated that Maryland must hold Exelon accountable for its pollution coming out of…

The letter from an Exelon employee (“Conowingo Dam License Will Benefit the Bay” Maryland Matters, June 18, 2021) is full of inaccuracies, and claiming…

Environmental groups filed an appeal on Thursday in an attempt to overturn a federal commission’s decision to relicense the Conowingo Dam. They contend the…