In hindsight, perhaps picking up an insect with widely set apart and prominent eyes, short antennae, and membranous front wings from a superfamily was not the way to a man’s heart. Well, a boy…because the last time a cicada brood emerged I was in middle school and I had a crush, well, because puberty.

As if the process of physical changes through which my child body matured into an adult body capable of sexual reproduction wasn’t tricky enough, my pubescent years were sound-tracked by the loud “shskshsshkskshshslshsk” sound of large insects who could often be seen rubbing their butts together or mating on trees, the ground or your arm…Whatever felt most inviting to them, and not you.

Cicadas or brood-x are emerging again and from what I remember cicadas really had no sense of personal space and that’s not really ideal for 2021 or the CDC and their precautions for the spread of COVID-19.

Luckily cicadas don’t bite or sting, and they’re not poisonous. They’re not known to carry any diseases, either. Honestly, did we really need a swarm of locust-like insects on top of a pandemic? I try not to question God. Cicadas are not locusts, though; locusts are actually much more destructive. So this is not the end of the world? Good. Don’t quote me, though.

Ok, no disease…It’s a good thing too: In the absence of any common sense I had in elementary school, my desire to fit in, in addition to my rapidly changing brain chemistry during middle school, led to more awkward behavior than I’d like to think about now in my adult years. Like how I used to creep up on cicadas and grab them by their wings in the comparatively rural Baltimore County area where I grew, up as if I were Steve Irwin (RIP) on some nature television franchise. 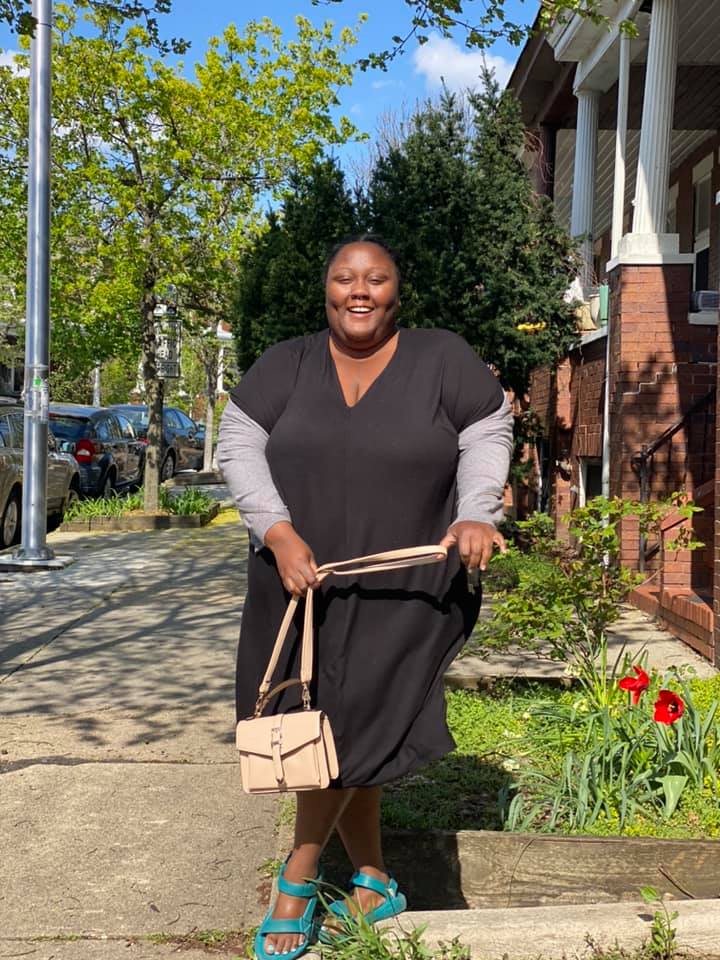 If cicadas were diseased I surely would have been, because I touched a lot of them. I say comparatively because developers in areas of Baltimore City where I live now would rather build condominiums and acupressure spas on every square inch of grass they see than allow old trees, pastures and things like bugs to flourish. We hardly have any trees out here as it is…well we actually have approximately 200,000 street trees in Baltimore City, according to the Department of Recreation & Parks.

That’s 200,000 places for cicadas to emerge from and if you’re feeling scared about them feel free to evoke a version of my fearless and love-torn pubescent spirit. I had a crush on one particular basketball playing, dark skinned and tall guy at my school whose even-keeled demeanor often left me wondering if he even noticed me. His affect was pretty flat aside from the occasional smirk of his largely white teeth. That smirk was just enough to keep me going and honestly it still is as an adult in terms of human mating calls.

I of course had a best girlfriend who would egg on my half-brained pubescent antics, like when I decided I would pick up cicadas in order to show my bravery to young boys? In an effort to get my crush to notice/like me? I wonder if picking up cicadas would work as a bar trick today.

According to girlshealth.gov, puberty is supposed to help us be able to understand more complex matters, make more of our own moral choices (like picking up cicadas to prove my love?)…We are supposed to know more about who we are (really? Feeling iffy about that even at nearly 30), puberty also supposedly helps us with identifying what our likes and dislikes are, and middle schoolers like I was in that last cicada brood may also have some new, strong emotions.

I was not making more moral choices — it’s just simply not true and still isn’t, ha! I did actually garner the attention of my crush, almost 10 years later thanks to Facebook and not cicadas.

My crush’s new and strong pubescent emotions weren’t strong enough for him to marry me as I used to daydream about in the cafeteria at Sudbrook Magnet Middle School when I wasn’t moonlighting as a cicada wrangler. Maybe I should add cicada wrangler to my volunteer experiences on LinkedIn?

In hindsight, perhaps picking up an insect with widely set apart and prominent eyes, short antennae, and membranous front wings from a superfamily was not the way to a man’s heart, well a boy…but maybe it’s an untapped professional market? Somebody give me a bar napkin to write on — I have an idea.

And here are a few more ideas for marking the cicadas’ arrival: