On the final day of the 2021 session, the Maryland legislature approved a plan to implement legalized sports wagering, voting overwhelmingly in favor of a bill that Gov. Lawrence J. Hogan Jr. (R) indicated he likely will sign.

The House of Delegates approved the final measure 122-16 on Monday evening, not long after the state Senate backed it, 47-0.

The tallies, on one of the most heavily-lobbied bills of the year, put Maryland on track to join 18 states and Washington, D.C., to move sports betting — long a popular, though illegal, activity — out of the shadows.

The state’s share of the proceeds will be used largely to supplement the Blueprint for Maryland’s Future Fund, a K-12 education account.

Del. Anne R. Kaiser (D-Montgomery), chairwoman of the House Ways & Means Committee, said that if emergency regulations are adopted in time, Maryland residents will be able to place bets on professional and college sporting events by late summer. 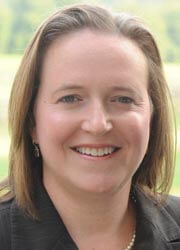 “I think the goal is to go live by kickoff of the NFL [season] in the first week in September,” she said during floor debate Monday.

Discussions about how to implement sports betting meandered during much of the session, intensifying only in the legislature’s final days as legislators sought to resolve differing approaches.

Lawmakers differed primarily on whether to cap the number of licenses or leave it to the free market.

Under the compromise, Maryland will award as many as 60 licenses to companies wishing to offer mobile, or app-based, betting.

As many as 47 additional licenses will be issued to “bricks and mortar” applicants — 17 identified in the bill and 30 others that will be awarded through an open application process.

Among those guaranteed an on-site license if they want one:

Maryland is surrounded by states that have already legalized sports gambling.

Hogan on Monday said lawmakers “seem to have worked a pretty good agreement to make most stakeholders somewhat acceptable to the bill. I can’t really say exactly without reading it, but I’m pretty sure we’ll be able to act on that one pretty quickly.”

Firms that want to run a sportsbook will pay an up-front fee. In the case of the state’s big casinos, it will be hefty — $2 million for a license that will last five years. Smaller enterprises will pay much less.

In addition, sportsbooks will pay a 15% tax on the money that’s left after they pay off winning wagers.

Based on the experiences of other states, Maryland expects to reap approximately $18 million in revenue each year.

Lawmakers stressed throughout the session that they expect the newly-created Sports Wagering Application Review Commission to boost applications from minority- and women-owned businesses to the maximum extent possible.

A 2020 sports gaming bill died at the end of session during a dispute over minority participation.

“The voters spoke and the Maryland General Assembly delivered,” said Sen. Craig J. Zucker (D-Montgomery), who headed a Senate workgroup on sports wagering. “Sports betting will soon be up and operational in Maryland as early as the Fall. Money from this will fund education all while providing opportunities for small, minority owned, and women owned businesses to participate in the market.”

Members of the Legislative Black Caucus signaled early in the session that the rollout of sports betting must avoid a repeat of the medical marijuana program, which saw Black entrepreneurs fail to win any licenses.

“It is been absolutely essential from Day 1, that whatever program is established, that there is a very real and tangible opportunity for small-, women- and minority-owned businesses to participate and compete in the new sports sports betting marketplace,” said Senate President Bill Ferguson (D-Baltimore City).

“I think that we have a fair process,” he added. “I feel like we’ve been thoughtful and provided incentives. And I think it’s a good bill at the end of the day.”