After brewing a cup of coffee, Mary Sigrist, a senior at Pocomoke High School, changed into slacks and a long sleeve grey shirt with an outline of a blazer collar on it. Sigrist was getting ready to watch the Maryland legislature debate on the floor, as part of the General Assembly’s student page program. But instead of driving to Annapolis, she was participating virtually from her bedroom in Worcester County.

Every year since 1970, the General Assembly has hosted a page program, in which high school seniors come to Annapolis for two non-consecutive weeks to learn about the legislative process and serve either in the Maryland Senate or House of Delegates. 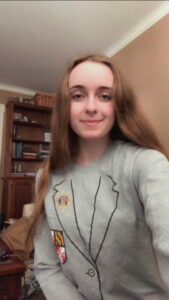 But given the unremitting coronavirus pandemic this year, around a hundred students participated as pages fully virtual for the first time. Instead of being ceremoniously given grey blazers, pages received a long-sleeve T-shirts that resembled the blazers in the mail. They got a tour of the State House from their computer screens. Lawmakers clapped at pictures of students’ faces displayed on the wall of each chamber every Friday, in place of commending them in person.

Still, students said that the page experience was exceptional. “It’s kind of hard to imagine it going any other way because of how natural and easy it was to be a part of,” said William Swink, a senior at Fort Hill High School in Allegany County.

Although Sigrist was initially apprehensive about the page program this year, lawmakers “really made an effort to be approachable, and I really appreciated that,” she said.

Leaning in on legislation over Zoom

While streaming House and Senate floor debates, student pages muted themselves on Zoom and typed in real-time through the chat box, parsing through various legislation and debates. Some added links that helped give some bills more context. And Tawana Offer, the General Assembly page coordinator, occasionally narrated the legislative process in the background, said Desmond Jordan, a senior at Gwynn Park High School in Prince George’s County. 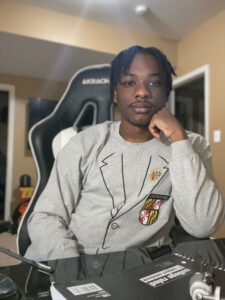 For instance, while watching a House Judiciary Committee bill hearing in January, a group of student pages noticed the lack of youth perspectives in testimony dealing with child sexting and pornography.

“We noticed that a lot of the testimony…kind of demonized children,” Jordan said. As a result, a group of pages sent a large email to the committee. “We wanted to make sure that the voice of the people that the bill was affecting was actually heard in testimony,” Jordan said.

Several student pages highlighted Del. C.T. Wilson (D-Charles), the sponsor of two of such bills, as someone who represented the perspective of minors.

While presenting his bill, which would have decriminalized distribution of child pornography by someone younger than age 18, Wilson brought up his teenage daughters’ perspective.

Wilson later hopped on a Zoom call with student pages who had reached out. Sigrist said this was her favorite discussion because everyone was passionate about the subject and it was rewarding to see that get translated into legislation.

“Those little debates that we had throughout the session were really intriguing to me,” Jordan said. “That was probably my favorite part of [the page program] — being able to actually sit down and have those conversations.”

Wilson was eating in his car on the side of the road when he turned on his camera, which reminded Jordan that lawmakers were just normal people. “A lot of us had the idea of a politician who is very stern, but a lot of the House and Senate speakers we had were very approachable people — that was something that stuck out to all of us,” Jordan said.

“I was extraordinarily impressed with the way [the pages] laid out their thought processes, their arguments,” Wilson said in an interview. “They weren’t over-simplifying the issue.” Student pages verified what his own daughters had said on the subject, he said.

Another time, Del. Jazz Lewis (D-Prince George’s), a former page himself, played the guitar for student pages through Zoom. “Not only did he play, but he sang,” Offer said. “[The pages] were so delighted because it humanized him.”

“It seemed like [lawmakers] are kind of untouchable — like you can’t really access them — but my perception of that has definitely changed through the program, for sure,” Swink echoed.

During their second week, pages were assigned to present a bill in a mock committee hearing, with the goal of getting a favorable report. “It was really fun because we used the sort of lingo that we saw other [lawmakers] use,” Norah Geary, a senior at Broadneck High School in Anne Arundel County. 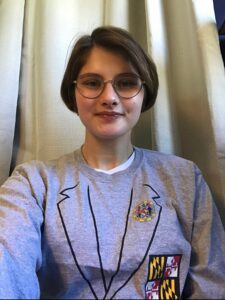 Because of the light-hearted attitude among pages, “it was like acting in a play,” Sigrist said. “It was unlike anything I’ve ever done before, but I had a really good time.”

Sen. Cory V. McCray (D-Baltimore City) was so impressed by one page’s presentation on his bill, which aims to reform the Maryland Environmental Service, that he told the students he would use some of their points if he had a chance to speak on the bill in the House of Delegates. His bill has not had a hearing in the House yet, but the cross-filed version of the measure is moving through the Senate.

“They’re just inspiring,” McCray said about the student pages in an interview. “I just look at them as like fireballs…they see it the way it is.”

The biggest silver lining of the virtual session for student pages was the more engaged and focused conversations that they could have with lawmakers over Zoom, which sometimes lasted up to 45 minutes, Offer, the page coordinator, said. In past years, pages would spontaneously talk with lawmakers while sitting next to them on the floor, walking over to their office or simply running into them in Annapolis.

“They actually came in very purposed and looking forward to…not so much breakfast at Chick and Ruth’s [in Annapolis], but the opportunity to really engage and learn the [legislative] process,” said Renee Smoot, the chief page and reading clerk for the Senate.

During a time of restricted social life, the page program also served as an alternative social outlet that connected like-minded peers across the state, Offer said. Through the GroupMe app, students continued to talk about bills, shared activist initiatives and awaited college decisions together. 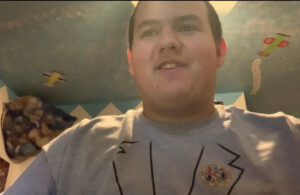 As someone who has not been to many parts of the state, Swink found it especially rewarding to meet students from different regions. “Being able to make that group chat and get that outside interaction with each other was really beneficial,” he said. “I would say that I definitely made some relationships and connections through the program and I can definitely see myself continuing going forward.”

On the Saturday after their first weekend as pages, some students got together for dinner and a movie over Zoom, said Anna Seal, a senior at Notre Dame Preparatory School in Baltimore County. After listening to floor debates about extending COVID-19 relief to immigrants, pages shared their personal experiences and thoughts on immigration with one another, which made Seal feel closer to them and appreciate the diversity of the group.

Talking with other pages who were both interested in politics and believed in the “inherent justice and dignity” in everyone reassured Seal about the next generation of political leaders. “That conversation really stuck with me and continues to give me hope,” Seal said.

“Just going through the debates and listening to all of the criminal justice reform and all the efforts to bring more equality and restorative justice to Maryland…it made me realize that this is what I want to do with my life,” Seal said. “And this is something that’s attainable for me.”

Geary knew she wanted to be a student page since she first moved to Maryland in fourth grade, and the experience solidified her interests in politics and government.

Swink said he learned how important it was to foster connections, regardless of what political party someone is from. He also appreciated the bipartisanship and willingness to compromise at the state level, which he recognized was not so common at the national level.

Sigrist, who plans to study pharmacy or anesthesiology, had no intention to go into politics, but applied for the page program because she did not want to pass up an opportunity to learn something different. Although she was nervous because politics was not her primary area of expertise, Sigrist said the page program was framed in an understandable and accessible way. Similar to Swink, she realized the importance of making connections.

Jordan, who spent most of his life in Prince George’s County, had his heart set on attending an out-of-state college to study law and politics. But the page experience “opened my eyes to the fact that you can make a large difference at the state level,” Jordan said.

Especially coming from a military family, Jordan said it made sense to serve the state he grew up in. Now he is thinking of staying in Maryland for school and possibly pursuing a seat on the county council or the Maryland General Assembly in the future.

“That is one thing that one of the delegates did point out to us — a lot of people try to make politics a career, but politics shouldn’t be your main career. Politics should be something that you do out of serving,” he said.

Advocates optimistic legislation will pass due to support from Sen. William Smith Jr., chair of the Judicial Proceedings Committee.