The House and Senate took major steps toward codifying hard-fought, historic shifts in state policing policy Thursday night, giving the public a glimpse into how the vastly different approaches taken by each body will fall into one package to be sent to the governor’s desk in the next few days.

The Senate passed a heavily amended version of House Speaker Adrienne A. Jones’ HB 670, while the House pushed four of the Senate’s nine police reform bills out of committee and into the chamber at break-neck speed Thursday evening. Those bills will likely be up for final passage on the House floor Friday afternoon.

Over the last 10 months, delegates and senators worked tenaciously to create comprehensive and exhaustive police reform packages: In the House, one large, sweeping reform bill tackling police-community relations from every angle; in the Senate, a package of nine bills with laser-focus on the details of a number key reforms.

“This type of discussion takes a toll on your spirit, mental and physical capacities, and so I think I speak for the chairman and every member of [the Judicial Proceedings Committee], as well as all of you, when I say that we are tired. We are absolutely exhausted,” Sen. Jill P. Carter (D-Baltimore City), a major architect of the reform legislation, told her colleagues Thursday night.

“And while we’re here because many of us and all people across the world were moved by what happened to George Floyd, I just really want to remind us that that was not unique,” she said.

Earlier this week, Senate Republicans declared the attempts to reconcile the House and Senate legislation a game of politics. They leaned into the argument that the House was trying to control the narrative rather than participate in a fair, equitable legislative process, leading senators to hurl insults at the House in the committee and on the floor.

“It’s a shame that the two institutions have not figured out how to work together,” Sen. Christopher R. West (R-Baltimore County) said during a Senate Judicial Proceedings committee voting session late Tuesday night. “But rather, because the Speaker of the House has indicated this bill is her baby, the Senate feels like we have to lie down and let her roll over us.”

“10 months. It took 10 months of listening to over 1,000 citizens, advocates, natl & local experts, vetting by a Wkgrp, the Public Safety Subcomm, the Jud Comm & the entire [House of Delegates]! This was NOT a flawed process,” House Judiciary Vice Chair Vanessa E. Atterbeary (D-Howard) tweeted Thursday morning. ”The @mdhousedems has picked a side. The RGHT [sic] side of history. IT IS IN HB 670.”

10 months. It took 10 months of listening to over 1,000 citizens, advocates, natl & local experts, vetting by a Wkgrp, the Public Safety Subcomm, the Jud Comm & the entire HOD! This was NOT a flawed process. HB670 WAS NOT thrown together without thought by "young"

The @mdhousedems has picked a side. The RGHT side of history. IT IS IN HB 670.

But it has become increasingly clear that, through negotiation, General Assembly leadership has chosen the most successful portions of each package to move through the legislature.

And tempers may be cooling.

Before the passage of Jones’ bill in the Senate late Thursday, Minority Whip Michael J. Hough (R-Frederick) took a step to clarify that it isn’t the House’s work product that he necessarily objected to, but rather the unusual way that leadership chose to go about designing this landmark policy without actively or transparently collaborating.

“I guess my long and short is, that, to me, is what my criticism was of the flawed process that we came up with on this,” Hough explained. “And my fear is that it creates a confusing process that doesn’t serve anyone well.”

‘We’ve had all of these discussions before’

The House Judiciary Committee voted out four of nine bills from the Senate’s police reform package Tuesday evening, amending each to morph measures stricken from the package’s remaining bills into those chosen to move onto the chamber floor.

Committee Republicans said during the voting session that they didn’t see copies of these “Frankenstein” bills until that afternoon and asked that voting be delayed.

Their pleas to pause the committee votes, much like amendments they lobbed at the bills, were unsuccessful, and SB 786, SB 600, SB 178 and SB 71 moved to the floor for second reader.

As amended, each does the following:

Republican amendments against the proposed police reforms drew the ire of Atterbeary as the roughly three-hour committee session neared its end: After Del. Michael Griffith (R-Cecil) attempted to amend SB 71 to require the state to pay for the mandated body cameras, she charged that Republicans were using the debate for political gain. 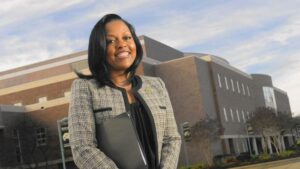 “We’ve had all of these discussions before,” Atterbeary said. “I cannot say that I appreciate all these speeches, which I’m sure will be used in clips for your reelection campaign.”

Griffith said he wasn’t trying to be political in his attempts to amend the bill, but was instead trying to address what he described as an “unfunded mandate” on local government.

“I have to be very transparent,” Griffith said. “I’m doing it primarily for my constituents, trying to consider the tax burden on them.”

When those bills came up on the House floor Thursday evening, Republicans again asked that they be delayed. Del. Matthew Morgan (R-St. Mary’s) unsuccessfully attempted to push the preliminary debate on SB 600 to Friday, noting that the start of the House session was delayed considerably by the Judiciary Committee’s deliberations.

And when SB 178 came up for debate, Del. Susan W. Krebs (R-Carroll) again argued that legislators haven’t had enough time to process the bills before they move forward.

“We have three major pieces of police reform legislation that we have received on our computers an hour ago,” Krebs said. “We need the time to read these very important pieces of legislation that affect every single one of our communities.”

House Minority Leader Nicholaus R. Kipke (R-Anne Arundel) successfully lobbied Jones to schedule Friday’s House session at noon rather than in the morning. Kipke said the extra hour or two in the morning will give legislators time to read the bill — and prepare amendments.

While three of the bills won preliminary approval, the initial debate for SB 78 was also pushed back to Friday.

Although Thursday’s House floor debate was brief compared to the marathon Senate sessions on police reform, a more lengthy and substantial discussion on the bills is likely when the reforms are taken up for final passage by the House Friday.

‘This is about who we are’

While Jones’ legislation had received rough treatment in the Senate Judicial Proceedings Committee and on the chamber floor earlier this week, senators moved into Thursday’s final debate with the knowledge that the bill would pass despite any misgivings from Republicans or hand-wringing, centrist Democrats.

Serving as floor leader during the debate, Smith graciously accepted friendly amendments from both sides of the aisle, including:

All of these were adopted.

As senators began to explain their votes, many acknowledged that the House bill was not the product they’d be hoping to pass onto the governor or take home to their constituents. 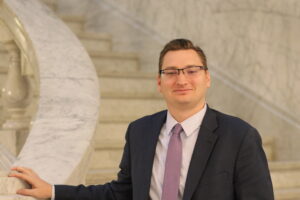 “My opposition is not against police reform — I don’t think so. I think everyone here has shown that we’re in favor of police reform,” Hough said. “It’s just in putting a good product out.”

The last to address the body before the final vote was called, Carter said that this “grueling” work had started well before the legislative session gaveled in on Jan. 13, and expressed dismay over the notion that some of her colleagues were choosing to vote no because they didn’t get everything they wanted out of the bill.

“We come from almost altered or different universes, because the universe that I’m in, people cannot understand a separate set of rules and procedures for this one group of people that has never been held accountable. They can’t understand it,” she said. “And so the only solution to send the message to the people that we put them first — we value their lives — is to do this.”

This chamber was silent, and all eyes were glued to Carter as she spoke through the palpable pain and exhaustion she had put into this legislation she had worked over a decade to achieve.

The House bill passed on a vote of 32-15. Sen. Katherine A. Klausmeier (Baltimore County) was the lone Democratic dissenter, while Sen. Edward R. Reilly (Anne Arundel) was the only Republican to support the legislation.

The full package is expected to head to the governor’s desk within the next few days.