In the final weeks of session, with the concurrence of the Maryland Senate, this bill could set in motion one of the most consequential and transformative infrastructure projects in the history of Southern Maryland. 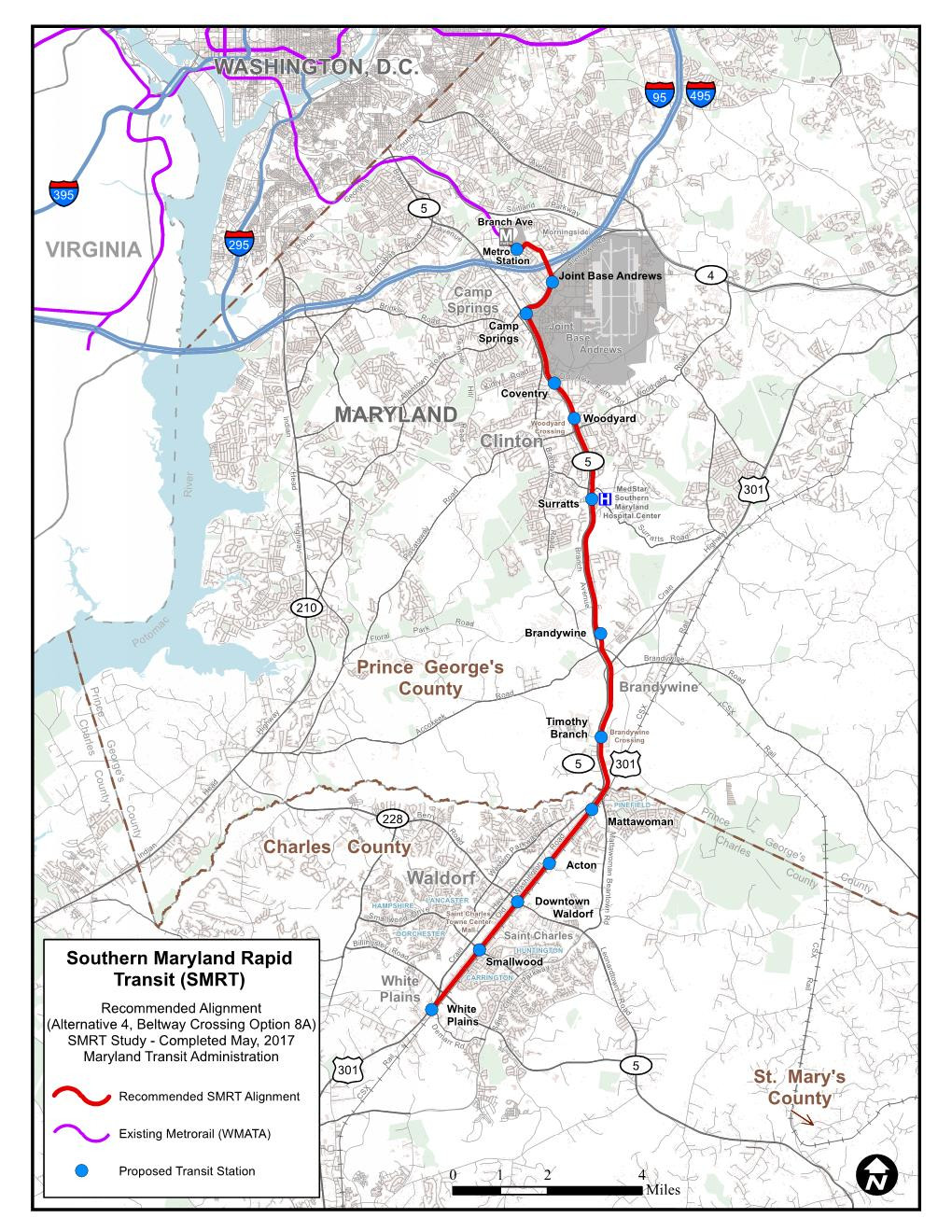 The purpose of HB 414 is to fund the final design, engineering and National Environmental Policy Act phase of the Southern Maryland Rapid Transit (SMRT) project, and lay the groundwork for future implementation. Completing these critical next steps will confirm the transit alignment and mode (Light Rail Transit or Bus Rapid Transit), and put the project in position to compete for federal “New Starts” construction funds.

SMRT would bring the relief from what has been billed “the worst commute in America” that residents of Southern Maryland have been waiting for since our elected leaders sent their first request for state action to the governor in 1988.

During the last 25 years, while the region’s population doubled, and traffic increased exponentially, the Maryland Department of Transportation completed five major studies of fixed-route, high-capacity transit in the MD5-US301 corridor, from the Branch Avenue Metro Station to Waldorf and White Plains. All five studies confirmed the growing need, the project’s feasibility, high ridership, and huge economic impact. The state’s most recent 2017 study projected 24,000 to 28,000 riders a day would use rapid transit here — a number that will continue to rise in this fast-growing corridor.

With ridership numbers like this, passenger boardings during peak hours would soon overwhelm the capacity of a BRT system. By contrast, LRT would have the ability to handle the projected ridership, could easily be expanded as needed, and in places like Charlotte and Phoenix is a proven catalyst for economic growth, jobs, transit-oriented development, and walkable mixed-use communities around transit stations.

Our counties’ land use planners and policymakers are already preparing for this future. While initially more expensive to build, LRT is less expensive to operate. The state’s economic impact analysis showed that LRT would deliver a much higher economic return on investment than BRT, enough of a difference to pay for the system.

The NEPA process undertaken with the funding this bill provides must objectively evaluate these options, confirming the proposed 18.7-mile alignment and the transit mode, either LRT or BRT, that can best meet the needs of the corridor’s 435,000 residents who live in southern Prince George’s, Charles and northern St. Mary’s counties.

Before we embark on the construction of a new rapid transit system designed to deliver faster commutes, regional mobility, economic growth and good jobs, we need to choose wisely and invest in the kind of transit infrastructure that will meet the needs of our people for the next generation and beyond. Short-term fixes and costly half-measures won’t get the job done.

The House of Delegates’ action on this bill is a major step forward in addressing the crisis of congestion and gridlock in the Southern Maryland corridor of the state, and creating the rapid transit infrastructure backbone we need to achieve our future mobility, economic, community, and environmental goals.

The writer is president of Regional Policy Advisors, vice chair of the Maryland Transit Opportunities Coalition and a former Charles County Commissioner, executive director and chairman of the Tri-County Council for Southern Maryland. He has been engaged in state and regional transportation projects, programs and advocacy for 50 years, as a planner, an appointed and elected public official, consultant, and citizen activist.

“Stand Up MD” is formed in wake of reports that Roe vs. Wade may fall.