Two Democratic members of the Frederick County Council are taking steps Wednesday to run for county executive in 2022, when incumbent Jan H. Gardner (D) is term-limited.

Councilmember Jessica Fitzwater (D), who represents the east side of Frederick and surrounding neighborhoods on the council, is holding a virtual campaign kick-off event at 5 p.m. And at-large Councilmember Kai Hagen (D) has an appointment at the Board of Elections to file official paperwork to enter the race.

The campaigns are the first to be announced in what could become a large field of candidates for the executive position in the purple county.

Gardner won seven years ago by 8 percentage points as the county’s first executive under the new form of charter government, and was easily re-elected four years later by a wider margin, despite a Republican advantage in voter registration that has since vanished.

Fitzwater, 37, graduated from Emerge Maryland, a political training program for Democratic women, in 2013, and was elected to the council the next year. 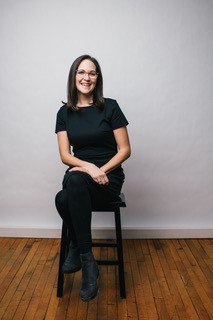 At the time, she was one of only two women under 40 serving in county elected leadership in the state.

Fitzwater said her focus on working to build relationships with people from all different perspectives has helped get “hard things accomplished” during her council tenure and would be valuable as county executive.

“I stand strong in my values, but I’m not one to just dig in my heels if something isn’t going the way I anticipated,” Fitzwater said. “I would much rather find that common ground and find ways to move forward by listening to others.”

During her two terms on the council, she pressed for the repeal of Frederick County’s English-only ordinance, introduced legislation to improve affordable workforce housing, and created a Human Trafficking Task Force.

As county executive, Fitzwater said she would be most focused on ensuring opportunity for everyone in the county.

In 2019, Fitzwater’s husband Gerald died while she was pregnant with their second child.

Fitzwater said she realized how various privileges in her life — her career, family nearby, a support system — sustained her through the tragedy.

“There are so many in our county that are struggling, or are one really bad, big, tragic thing away from things just falling apart for them,” Fitzwater said. “And it really makes me even more driven to want to make sure that this can be the best possible county for everyone.”

She pointed to an annual United Way report which concluded that 37% of households in the county struggled to afford basic needs including housing, child care, food, transportation and health care. The struggles intensify for single parent households and minority communities, Fitzwater said.

“I am focusing on making sure that we are a community where there is opportunity for all,” she said. “For me, that means strengthening our schools, supporting a robust economy, building climate resilience, and making sure that everyone has the opportunity to live, work and thrive here.”

Fitzwater said she would use the county’s comprehensive plan, “Livable Frederick,” to guide “bigger, bolder” action to rebuild county government services and partnerships after the pandemic.

Fitzwater grew up in Smithsburg, near Frederick County’s western border, and has lived in Frederick for 15 years. She has been an elementary music teacher in the county for 16 years.

For Hagen, seeking a shift from council to executive feels like a natural move.

In 2006, he ran for county commissioner as an environmental advocate and Democrat when the county leaned more Republican. 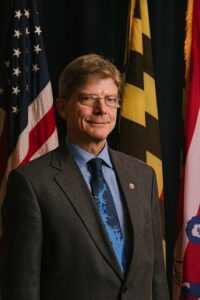 The former Board of County Commissioners, where Hagen served from 2006 to 2010, is the equivalent of the county executive and council combined, he said.

As a commissioner, he was responsible for the tasks of the executive — writing a budget, addressing personnel matters and deciding government structure — as well as legislative issues.

“We literally did all of that. We were a bipartisan board that didn’t agree about everything, didn’t vote along straight party lines,” Hagen said. “And we were able to be very effective, and we did a lot of really good things for the county.”

After one term on the board — Republicans swept the 2010 election — Hagen founded Envision Frederick, a nonprofit to promote public engagement in civic life, particularly on environmental issues. He remained a regular fixture in county government debates until running again for the council in 2018.

In December, Hagen announced that he was leaving Envision Frederick. On Tuesday, he said he did so to focus on the county council and his campaign.

Hagen had planned a campaign kickoff event for Friday, which was postponed until April after his father and uncle died from unrelated illnesses on the same day earlier this month.

An official campaign kickoff is now planned for April 23, to coincide with Earth Day and highlight Hagen’s commitment to environmental issues.

On the county council, Hagen has sponsored bills to prohibit balloon releases and increase forest conservation efforts, and pressed for other environmental protections.

As executive, Hagen said his top priorities would be to expand affordable housing, addressing systemic racism and equity issues, and promoting smart growth and land use planning.

Hagen said his core values on local governance overlap with some of the most important and least partisan issues.

“Growth and development is something people care about across party lines —traffic, overcrowding schools, protecting the environment … all that comes with good, smart planning — is not a partisan issue,” he said.

Too often, policymakers treat problems as if they are entirely separate, as if picking up books from a shelf and putting them back, Hagen said.

Instead, the key is “understanding that the roots to all of our problems and challenges are connected — and the solutions are too,” he said.

Hagen lives in northern Frederick County with his wife, Kirsten. They have two sons, Tor, 29, and Leif, 23.

In early 2020, Democrats gained an advantage in countywide voter registration for the first time in recent memory. By the end of the year, President Biden carried the county in the November election, the first Democrat to do so since the 1960s.

Both Fitzwater and Hagen have already-healthy campaign accounts to tap in their efforts to persuade voters in 2022.

Fitzwater raised more than $57,000 last year, and retained $58,772 in her campaign account at the campaign finance reporting deadline.

The 2022 primary election is June 28. The Frederick County executive is limited by charter to two terms, and council members are limited to three terms.

The senator, who is in a close race with Councilmember Jessica Fitzwater (D), is out with his own ad on crime featuring Gov. Hogan.