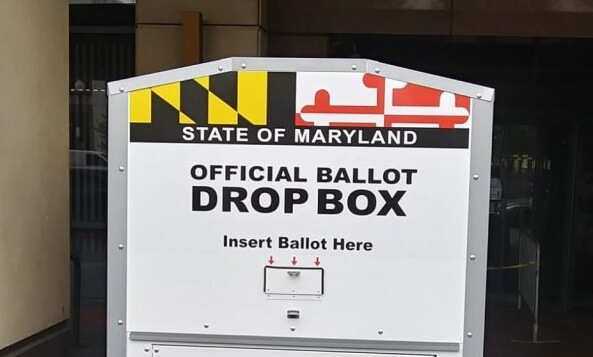 A proposal that would let voters opt-in to automatically receive mail-in ballots in statewide elections passed out of the Maryland Senate Friday.

The bill was one of dozens that won final passage in a flurry of Senate activity Friday, as lawmakers march toward “crossover day” Monday — the deadline for bills to win passage in one chamber of the legislature in order to automatically be considered in the other.

If enacted, Senate Bill 683, the mail-in ballot measure introduced by Sen. Benjamin F. Kramer (D-Montgomery), would let voters choose to get ballots in the mail without having to continually reapply. The legislation has been hailed by Democratic lawmakers and advocates as a way to boost voter turnout in future elections after voters embraced mail-in voting in the 2020 elections.

The proposal has also been met with Republican concerns about “ballot harvesting,” or the mass collection and casting of ballots. The Senate previously rejected an amendment by Sen. Justin D. Ready (R-Carroll) Thursday that would’ve limited the number of ballots a single person can drop off.

At the Senate’s Friday evening floor session, Ready again voiced his concerns over what he said is a lack of mail-in ballot safeguards. Ready also said his asking for more security measures doesn’t mean he believes mass voter fraud occurred.

“There should be a balance between access and security, and we are asking for a little bit more security,” Ready said.

Kramer, who said he’s been working to enact a permanent absentee ballot list in the state since he was a delegate, said there is “no empirical data” to substantiate “fantastical” claims of voter fraud or mail-in ballot misconduct. He went on to laud the bill’s approval, and said the proposal will make it easier for voters to participate in elections.

“This bill is a tiny step to give your resident their best shot, their best opportunity, to participate in our democracy,” Kramer said.

The total public match funding a campaign could receive would cap out at $3 million in both primary and general elections, according to the bill language. A ticket that is unopposed in a primary election would only receive one-third the amount of matching funds.

The proposal would also mandate enough money in the Fair Campaign Financing Fund to provide full funding to two gubernatorial campaigns in a primary election and one gubernatorial campaign in a general election. That includes a mandated $4 million state appropriation to the fund for the 2023 fiscal year.

Taking the governor out of parole decisions

The fiercest debate on the Senate floor Friday was over SB 202, which seeks to remove the requirement that Gov. Lawrence J. Hogan Jr (R) and all prospective governors sign off on parole recommendations for people serving life sentences.

Senate Minority Whip Michael J. Hough (R-Frederick) told the chamber that Maryland, Arkansas and Hawaii are the only states that require the governor’s approval on parole decisions.

Removing the governor from the parole process has been a hard-fought battle in the legislature for years.

After Gov. Parris N. Glendening (D) declared in the mid-1990s that he wouldn’t parole anyone convicted of a life sentence, every governor up until Hogan has followed suit: Gov. Robert L. Ehrlich Jr. (R) commuted the sentences of five people and Gov. Martin J. O’Malley (D) commuted two, but neither signed off on a parole recommendation.

Glendening has since publicly expressed regret for his decision.

The bill would also increase the amount of time an incarcerated individual must serve for life sentences from 15 to 20 years without allowances for diminution credits if the crime is committed after Oct. 1, 2020.

People currently serving life sentences would maintain the ability to be paroled after 15 years with the consideration of diminution credits.

Those convicted of life sentences could only be paroled if six of the state’s 10 parole commissioners vote in favor of their release.

Republicans continued to push back on the floor.

“To say that all this does is pull the governor out, that’s, you know, more like the like the old: ‘Other than that, Mrs. Lincoln, how was the play?” Cassilly said.

Hough conceded that there are “good reasons” and “good arguments” to remove the governor from the parole process. But he held firm in his conviction that the bill poses problems, notably that the people currently serving life sentences have a different process than future offenders.

“So someone that committed a murder in Maryland is eligible at 15-years, but with diminution credits, that’s 11-and-a-half years — I checked with the Department of Public Safety,” he said.

Hough also explained that removing the governor will eliminate “backstops.”

“Maryland, therefore, will have one of the most permissive penalties for first-degree murder for these individuals, because, yes, it was 15 — essentially 11-and-a-half — years possibility but because you had a governor as a backstop — you gotta remember with Governor O’Malley, Glendenning — they didn’t release anyone, so for essentially 16  years they didn’t release anybody,” he said. “So, you’re going to a system where …. six of the 10 now on the parole board can release somebody in 11-and-a-half years.”

Carter reiterated for the chamber that the bill raises the minimum amount of time served that would render someone parole-eligible, and that every member currently serving on the parole commission was appointed by Hogan.

Hough read off the parole practices for all 50 states, many of which don’t allow parole for first-degree murder at all.

“I wanted everyone to see the posture the state of Maryland will be in: The vast majority of states, you commit a first-degree murder there is no parole. Life is life,” he said. “And the remaining ones were 20, 25, 30-years.”

Carter said that the “concept that someone is currently serving life with the possibility of parole” would be paroled at 11-and-a half-years “is completely incorrect — it’s theoretical.”

“In the history of Maryland, no one’s even been released at the 15-year point — or certainly not with the dim[inution] credits, 11.5 — so, it’s not really something that we need to be concerned about,” she explained.

Still, Republicans lobbed a series of amendments at the bill, including two attempts by Ready to impose tougher sentences against people serving life sentences for first-degree rape and first-degree murder against children under 13-years-old: one to require that the governor still sign off on their parole recommendations; the other to mandate that they serve a minimum 25-year sentence before being parole-eligible.

Carter explained that the bill doesn’t change parole eligibility for sentences already in place and that there is already a prohibition of diminution credits for those crimes.

Both of Ready’s amendments failed.

Cassilly also put forth an amendment seeking to require everyone convicted of a life sentence to serve for 20 years before becoming parole eligible — eliminating the measure allowing the currently incarcerated to serve a minimum of 15 years.

After a long debate that finished Friday night, the bill was given preliminary approval. A final vote is expected Monday.