Republicans are starting to stir in Anne Arundel County, where County Executive Steuart Pittman (D) is a top GOP target in 2022.

County Councilmember Jessica Haire (R) is setting up an exploratory committee ahead of a possible bid for county executive — with House Minority Leader Nicholaus R. Kipke (R-Anne Arundel) serving as chairman of the effort.

Haire could not be reached for comment Monday evening, but Kipke confirmed the development and said he believes Haire will be the strongest possible candidate against Pittman. 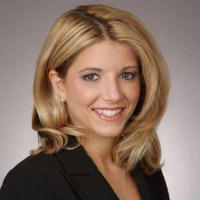 “Jessica I think represents the next generation of Republican leaders for the county,” he said. “She is wildly independent, very accomplished in her professional career and a very capable public official.”

Haire has represented District 7 on the council, covering most of the south county, since 2018. An attorney and former engineer, she’ll be the choice of most of the county’s GOP establishment; her husband, Dirk Haire, is chairman of the Maryland Republican Party.

Some Republicans argue that Haire will be able to appeal to moderate suburban women — a demographic that has been moving away from the GOP in recent years, nationally and in Anne Arundel County. When the county council voted in January to condemn the Jan. 6 insurrection at the U.S. Capitol, Haire sided with the Democratic majority in favor of the measure.

Pittman, who pulled an upset victory in 2018 over Republican incumbent Steve Schuh, reported raising $49,565 during the same period, and had $242,745 in the bank.

In a purple county, Pittman has pushed a notably progressive agenda — fueling Republican optimism for 2022. He raised property and income taxes in 2019 and has lobbied for a bill that would enable local governments to implement a progressive tax structure.

“Pocketbook issues will make him more vulnerable than he thinks,” Kipke predicted.

Haire may not have the Republican primary field to herself if she runs against Pittman. Chris Jahn, a business manager and political newcomer, has already entered the race.

And Maryland Matters has learned that former Del. Herbert H. McMillan, who was leading the push for the reopening of Anne Arundel businesses and schools over the last year, is also considering seeking the Republican nomination for county executive. McMillan could not be reached for comment Monday but sources said he is considering entreaties to run and will announce his plans by the end of the month.