The Senate Judicial Proceedings Committee voted Friday night to pass a repeal of the Law Enforcement Officers’ Bill of Rights out of the committee.

“It should be retitled ‘The Reinstatement of the LEOBR,’” Sen. Jill P. Carter (D-Baltimore City) told Maryland Matters in a text message after the voting session.

Carter, the bill’s sponsor, said the bill had been amended to restore “all of the things that are unnecessary in the bill, which completely guts the concept of a repeal of the Law Enforcement Officers’ Bill of Rights.”

“Here we go again! 4th or 5th voting session on sb627 #LEOBRRepeal ― all my amendments have been adopted and I fear many now being offered seek to restore the current LEOBR,” she tweeted at the start of the evening voting session.

On Thursday, Sen. Michael A. Jackson (D-Prince George’s) had introduced a sweeping amendment that sought to pump portions of the existing Law Enforcement Officers’ Bill of Rights into the repeal bill.

[Read our primer on the Law Enforcement Officers’ Bill of Rights here.]

Carter opposed, saying that Jackson’s amendment would disrupt the entire intent of the bill. He withdrew his amendment that afternoon.

But on Friday evening, Jackson, a former Prince George’s County sheriff, reintroduced the same amendment broken down into several smaller amendments, including provisions to:

All of them passed.

Jackson’s amendments offering fresher edits to the Law Enforcement Officer’s Bill of Rights passed, too, including one to scrap Carter’s civilian oversight board.

Under the bill as it was initially introduced, each jurisdiction had the ability to adopt local laws to establish civilian oversight boards, which would have the same powers and responsibilities in disciplinary matters as a police chief.

“It is illogical that we’ve set up a system that has not allowed, up until now, people that are supposed to have some type of say in how policing is done in their jurisdictions ― some kind of say in how discipline is done ― we’ve not allowed them to participate in that process,” she said. “To be honest with you, if you take this out of the bill, I don’t think that the bill has very much value.” 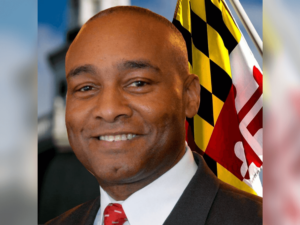 Jackson explained that his reason for eliminating the board was because the bill had already been amended to mandate that hearing boards be comprised of one officer and two civilians.

“The public has input,” Jackson explained. “These are people from the public. They’re not uniformed officers from that agency or from another agency. Two out of the three are civilians.”

“I made that amendment proposal. You voted for it,” he said.

Carter took exception to Cassilly’s argument that she isn’t “about trying to make good public policy” because she believes the taxpayer should have an active role in police discipline.

The amendment passed on a margin of 6-5.

‘It’s a slight improvement, but it’s not a repeal’

Senate Judicial Proceedings Committee Vice Chair Jeffrey D. Waldstreicher (D-Montgomery) also offered amendments that he said would help clarify portions of Jackson’s alterations, like allowing the officer to ask for a hearing board rather than their chief or sheriff and cementing that the hearing board’s findings can’t be altered by the chief.

It also clarifies a previous amendment that permitted chiefs to exact punishment without conducting investigations if an officer is convicted of a crime that calls their “credibility, integrity or honesty” into question, or is sentenced to probation before judgment.

Waldstreicher said that the amendment intended to clarify that not all crimes ― for example, misdemeanor traffic offenses ― should preclude an investigation or hearing board or require immediate discipline by a chief.

“All my intent was … was just to provide some logical, simple bounds, so that every minor criminal act, which none of us even consider to be criminal acts, do not get someone fired from their job,” he said.

Carter pushed back, saying that, under the bill as drafted, crimes that don’t violate agency policies were not subject to discipline.

When it came time to vote in favor of the legislation as amended, Carter told the committee that what they were voting on was no longer her bill.

The bill passed out of the committee on a vote of 8-3.