The spirit of Mitch McConnell and ALEC, a Koch brothers organization, is present in the Maryland State House ― and  some Democrats are OK with it.

McConnell, you’ll recall, spent most of the summer and fall of 2020 bottling up a COVID relief bill in Congress because he wanted the legislative package to include liability shields for companies, which would restrict COVID-19 related lawsuits. In others words, the U.S. Senate Republican leader wanted to make it harder to sue companies accused of getting their workers or customers sick from the virus.

Now, a similar bill is making its way through the Maryland General Assembly.

Sponsored by Sen. Christopher R. West of Baltimore County, a moderate Republican, and Del. Dalya Attar of Baltimore City, a moderate Democrat, the bill would limit an individual’s ability to sue a business, nonprofit, or other entity for damages related to the COVID-19 pandemic. 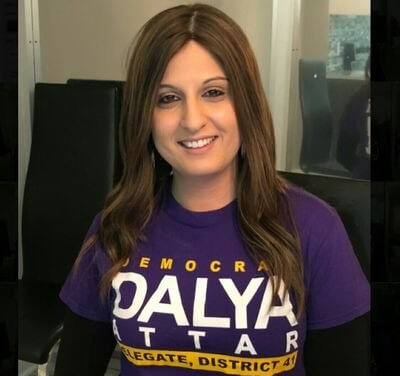 Specifically, the bill would provide immunity from civil liability for claims related to COVID-19 for all “persons” who follow applicable federal, state, and local statutes, rules, regulations, executive orders, and agency orders related to COVID-19, so long as the person’s actions do not amount to gross negligence or intentional wrongdoing. The bill would cover the period from the day Gov. Lawrence J. Hogan Jr. (R) issued his first emergency executive orders on COVID-19 ― March 5, 2020 ― until 180 days after they’ve been lifted.

The bill’s sponsors and its proponents say it’s a way of protecting Maryland small businesses, which have taken an undeniable beating due to the pandemic, from frivolous lawsuits and financial ruin.

The bill is a top priority for several other leading Maryland business groups, including the National Federation of Independent Business and the Mid-Atlantic Petroleum Distributors (gas stations and convenience stores). The Maryland Association of Counties also supports it, on the theory that local governments, even though they have a different mission from the private sector, could face the same kind of liability.

The statistics on small business failures are startling: The state comptroller’s office estimates that 30,000 Maryland businesses could go belly-up by the time the pandemic is over.

“We’re all teetering on survival,” said Benjamin Seidel, president and CEO of the Real Hospitality Group, a hotel management company based in Ocean City. “[A lawsuit] can wipe a business out.”

Testifying on the bill during a virtual hearing Wednesday of the House Judiciary Committee, Seidel said he has already received several letters from attorneys warning him of prospective lawsuits against his company, even though his company has followed federal and state public health guidelines to the letter. He’s got a $10,000 deductible from his insurance company for every liability suit ― so they could add up quickly.

Del. J. Sandra Bartlett (D-Anne Arundel) said she was troubled by the one-size-fits-all conditions the bill would place on potential plaintiffs ― instead of letting each liability case be judged on its merits.

“Essentially, you’re asking the legislature to do the work that would otherwise be done on a case-by-case basis,” she said.

Attar said the legislation doesn’t preclude anyone from filing a lawsuit for COVID-19 damages if a company has knowingly been at fault. Workers’ compensation claims will still be valid.

Attar told her colleagues that 20 versions of this bill have been passed in other state legislatures. That shouldn’t be surprising ― it’s a top priority of the American Legislative Exchange Council, the deep-pocketed conservative group largely bankrolled by the Koch brothers, which is making a template of the legislation available to lawmakers across the country.

“Citizens in the city of Bowie and my business owners have been waiting for this kind of legislation for a long time,” said Del. Ronald L. Watson (D-Prince George’s).

The small business argument is compelling. But the bill as drafted doesn’t only protect small businesses. It also extends to every large corporation doing business in Maryland ― some of which have directly or indirectly been the most responsible for massive COVID-19 outbreaks over the past several months. Think of chicken processing plants on the Eastern Shore, or national nursing home companies, or giant retailers.

An army of trial lawyers spoke against the bill at Wednesday’s hearing. They said that while Maryland has seen roughly 350,000 coronavirus cases, there have been a grand total of two liability lawsuits for transmission of COVID filed in Maryland since the pandemic broke out 11 months ago ― one in federal court over an infection at the University of Maryland, the other a wrongful death case filed in Baltimore County Circuit Court.

“It’s fear-mongering to say that the civil justice system should be turned upside down” because of the pandemic, said George S. Tolley III, legislative chair of the Maryland Association for Justice’s legislative committee. And, Tolley argued, if the legislation becomes law, business owners might get the wrong idea.

“The last message we should be sending is that businesses should be offered immunity if they cut corners,” he said.

The plaintiffs’ attorneys suggested that they have no intention of filing frivolous lawsuits. And they also cautioned against limiting an injured party’s right to seek redress.

“You cannot take people’s rights away retroactively,” said another trial attorney, David Wildberger, who has an office in Pasadena. “And that’s what this bill does.”

Small wonder that Mitch McConnell and the Koch brothers are on board.