The immortal Rogers Hornsby – the Jazz Age second baseman who cleared the .400 mark three times and retired with an unthinkable lifetime batting average of .358 – was once asked what he did in the winter.

“I’ll tell you what I do,” said Hornsby. “I stare out my
window and wait for spring.”

In this COVID winter of 2021, it’s not hard these days to relate to the seasonal ennui expressed by “The Rajah.” Fortunately for us, however, we have a few comforts
of the modern age to see us through these days and weeks of gray quietude.

I am not referring to Facebook, because I am tired of learning how many of my old slow-pitch softball teammates believe one can hear the voice of the Anti-Christ whilst
backmasking Anthony Fauci’s latest interview with Don Lemon. Nor am I referring to Netflix, because I do not believe that losing “The Office” and gaining “Bridgerton” is a
net-zero transaction.

I am, of course, referring to Maryland craft beer.

Specifically, dark, full-bodied porters and stouts that work just perfectly on a cold, blustery February night with a heavy blanket and that ubiquitous Creighton-Seton Hall basketball game that always seems to find its way on TV.

Here is where I, as an amateur beer enthusiast, must make a confession. When authoring this piece, it occurred to me that I wasn’t sure I could explain the difference between a porter and a stout.

Thankfully, as it turns out, I’m hardly alone. My friend Brendan O’Leary – founder and owner of the amazing True Respite Brewing Company in Montgomery County, reminded me that the name “stout” was initially used as an adjective to describe a particularly big, strong porter.

Today, their lines of distinction remain blurry at best. Many brewers and style experts will describe the typical stout as somewhat heavier, darker and roastier than porters. In
the next breath, though, they will also acknowledge that variations within style guidelines, and the seemingly infinite variations of malted barley available to craft brewers, can make the difference between certain porters and certain stouts all but imperceptible.

In other words, it’s complicated. And at day’s end, who cares? This isn’t a column about agricultural genetics. Let’s just talk about the beer.

So let’s talk about just a few that are out there, if but for a few weeks, during these cold weeks of winter.

For me, this conversation must begin with Siren Noire, a big, boozy and extravagant imperial chocolate stout produced by Heavy Seas Brewing in Halethorpe. This was one of my first “gateway” beers into the craft scene, and it will forever remain one of my beloved mainstays of winter.
Just think of vanilla beans blended in the brewing process with three pounds of Belgian coco nibs per barrel, and then aged for five weeks in bourbon barrels. The result of all of this is a big pour that is not for the faint of heart – a 9.5% ABV – and a soft, chocolatey and boozy impression that each pint glass feel like a special occasion. It just has to be experienced to be believed.

Less than 15 miles up the road on Baltimore’s West 41st Street, in a 140,000 square foot industrial building that once was home to a Sears distribution center, one can find
another legend of the winter – Pajama Pants, produced by UNION Craft Brewing. Co-founders Adam Benesch and Jon Zerivitz believe that each beer they produce should touch select emotional chords of ritual and memory.

For them, to drink Pajama Pants – a winter oatmeal stout that is brewed with locally roasted coffee from Baltimore’s own Vent Coffee Roasters – is to remember the lazy contentment of weekend mornings from both yesterday and today. The satisfying blend of oats and coffee, a beautiful nose and a mouthfeel that is creamy and not excessively
bitter, is testament to both the creativity and striking consistency of this amazing brewery that is at the forefront of Baltimore’s restoration.

I’ll conclude by going back home – which, for me, is the Eastern Shore. Where one can drive to the City of Salisbury, a model of civic renaissance under the transformational
leadership of its Mayor, Jake Day, and visit Evolution Craft Brewing. Just as UNION Craft Brewing transformed a relic of the old economy into a hub of 21st century manufacturing, so, too, have John and Tom Knorr transformed a forgotten industrial building from the obsolete to the ebullient.

There, one can find one of their longtime favorites – the Lucky 7 Porter. One need not be a brewer to appreciate the balance and subtlety required to pull off a beer of this
complexity. To enjoy the Lucky 7 is to search for and find, within each sip, those notes of chocolate, coffee, toffee and, yes, the smoky flavor that truly separates it from so
many of its counterparts on the shelf. I could be away from the craft scene for a decade (and how miserable would that be!), and yet be able to identify the Lucky 7 because of
that aroma, flavor and impression of smoke which ties together the entire sensory experience.

Enjoy these and other amazing winter beers while they are on tap and on the shelves.

As was the case with the great Hornsby, Opening Day – and with it, the sunshine and warm breezes of longer and better days – will be here before we know it.

The writer is chairman of the Maryland Alcohol and Tobacco Commission and a communications consultant. 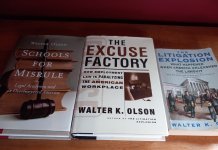