Responding to parents frustrated by virtual learning, three Republican delegates said they are proposing legislation to offset some costs that Maryland families incur because their children are not allowed to attend  public schools that are closed to in-person learning.

“Let me make it clear, our number one priority is to get Maryland students back into the classroom as soon as possible,” House Minority Leader Nicholaus R. Kipke (R-Anne Arundel) said during a press conference Thursday morning. He praised Gov. Lawrence J. Hogan Jr. (R) for pressing teacher unions and local school systems to return to classrooms.

Under her measure, Arikan said, parents living in districts that do not offer full in-person instruction by fall 2021 would be able to apply to receive, for each child, the amount the state spends per child in public school. The money they receive must be spent on private or parochial school for their child. The school district would send that money directly to the school parents choose, Arikan said.

“What’s happened in Maryland has just been a dereliction of duty, and we have really let down our most vulnerable students and asked them to carry the brunt of this pandemic without any cause, so it’s time for us to get our teachers and our students back together in the classroom where they should be,” Arikan said Thursday. 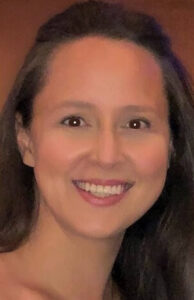 And Arikan said that, “if a parent takes the time to find a new private school and pull their child out, then they will get that voucher until either the child graduates or turns 21.”

Copies of her bill were not yet available, and further details were not presented during the news conference.

This measure is a way to hold local school systems accountable, Kipke said, as they could lose funding if they do not reopen school buildings, under this measure.

In addition, Del. Brenda Thiam (R-Washington) presented her Learning at Home Relief Act, which would provide $250 per child tax credit to offset some of the costs of educating Maryland students at home, such as for child care and faster Internet services.

“While costs are going up, many families have had to reduce work time or even quit their jobs entirely in order to supervise their child’s education,” Thiam said. “Maryland families need a break.”

Special needs students have especially been hurt by the school closures, said Del. Michael Griffith (R-Cecil), who has a son with autism. His Education Equality for All Act would mandate school systems to give parents the information and funding necessary to update their child’s individual education program (IEP), which is designed to meet a student’s particular needs.

Griffith is also sponsoring the Vulnerable Student Protection Act. If schools do not fully reopen by fall, his measure would require schools to provide to special-needs and at-risk students, in-person, critical services in areas such as language and behavioral health.

While Hogan, state Superintendent of Schools Karen B. Salmon and Republican leaders tout a return to in-person instruction, teachers’ unions and Democratic leaders are calling for an override of Hogan’s veto of the Blueprint bill, a 10-year multibillion-dollar education reform effort.

However, Minority Leader Kathy Szeliga (R-Baltimore County) said that overriding Hogan’s blueprint veto would be financially irresponsible due to budget limitations from the pandemic. Additional funding from the state and federal government should be enough to return students to classrooms, which is the priority, she said.

Kipke said he believes the Blueprint bill is “unaffordable” and lacks innovation. But proponents of the bill have argued that the Blueprint funding would help mitigate the learning loss and educational disparities exacerbated by the pandemic.

According to the Department of Legislative Services, there is enough money in the Blueprint Fund and the Education Trust Fund Lockbox to pay for the implementation of the Kirwan Commission’s recommendations through 2026.

Although Hogan stated that there is “no public health reason” for students to remain in virtual learning, teachers’ unions disagreed.

“It is abundantly clear in light of the escalating number of infections, mutations, and deaths that coronavirus is anything but predictable,” Cheryl Bost, president of Maryland State Education Association, wrote in a letter to Hogan this week. Students who contract the virus could still transmit it to adults, she continued.

But Kipke lambasted teacher unions for their lack of leadership, asserting that there is enough federal funding to help schools open. “The resources are there. If they’re not using those resources, that’s a failure of leadership and honestly I think it’s an excuse by some not to go back to the classroom,” he said.

The press conference was held, coincidentally or not, during School Choice Week. On Thursday night, Hogan, who has supported sending extra state money to private and parochial schools, tweeted a photo of Government House bathed in red lights to honor the week.

“There are nearly as many non-public schools in Maryland as there are public schools, and we are proud to support innovative models that prepare children for bright future,” he tweeted.