The Montgomery County Council this week appointed 11 county residents to serve on a redistricting commission responsible for drawing new county council district boundaries this year, following the release of the 2020 Census count.

The appointed members of the Commission on Redistricting include four Democrats, four Independents, two Republicans and one member of the Libertarian Party, according to a Council news release.

“The biggest goal of all my colleagues is to create new fair and equitable districts that reflect the great diversity and complexity of Montgomery County,” Council President Tom Hucker (D) said Wednesday in an interview. 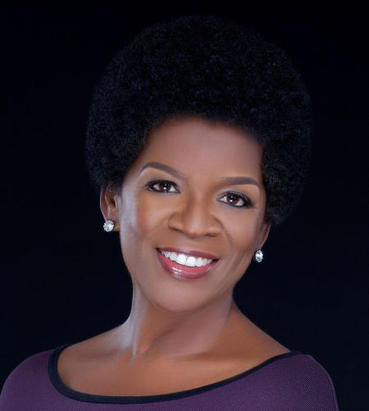 The commission includes a former councilmember, Valerie Ervin, and a former mayor of Gaithersburg, Bruce Goldensohn, along with a few other familiar names in Montgomery County politics.

The selected commission members are:

— Imad Aldean Ahmad, an astrophysicist and member of the Libertarian Party, who lives in District 1 in Bethesda

— Laura Ard, who is active with the League of Women Voters and is an unaffiliated voter. She lives in District 1 in Bethesda.

— Mariana Cordier, an attorney in Rockville who is active in the Maryland Hispanic Bar Association. She is an unaffiliated voter who lives in District 3 in Potomac.

— Keshia Desir, who works for the national good government organization Common Cause. She is an unaffiliated voter and lives in Wheaton in District 4.

— Ervin, the former Democratic councilmember and Board of Education member who lives in Silver Spring in District 5.

— Goldensohn, the former Gaithersburg mayor, who is a Republican and lives in District 3.

— Jason Makstein, a software engineer who is a registered independent and resides in North Potomac in District 2.

— Nilmini Rubin, the co-founder and managing director of Fix the System, a Washington, D.C.-based coalition of organizations advocating for election integrity, campaign finance reform and voting rights. She is a registered Republican who lives in District 1 in Chevy Chase.

— Samuel Statland, a retired businessman and former member of the Montgomery County Democratic Central Committee who lives in Kensington in District 1.

— David Stein, a math teacher at Montgomery Blair High School who is a registered Democrat and lives in District 5 in Silver Spring.

The council selected Edmunds to serve as interim chair and Cordier as interim vice chair until the group convenes to elect a permanent chair and vice chair.

“The council members believe those individuals performed the best and had the most thoughtful responses to our questions in the interview process,” Hucker said. “We had a high school teacher who literally teaches redistricting theory. How do you say no to that?”

A meeting and public hearing schedule will be determined when the commission meets, a county spokeswoman said. The commission must present its district boundary plan to the council by Nov. 15.

Glynis Kazanjian is a freelance writer. She can be reached at [email protected]

If new zoning proposals before Montgomery County Council pass, our children and the rest of us may be exposed to levels of radiation that…

The Montgomery County Council is poised to pass legislation that will flood our neighborhoods with 5G cell towers. While the entire process has completely…

In 2017, the Montgomery County Council declared a climate emergency and committed “to use all available powers and resources” to reach the ambitious goal…