We must not forget the lessons of 2020. The death of George Floyd showed us that we have a duty to ensure that those entrusted as law enforcement officers and granted the authority to serve and protect our communities are acting with the highest and most esteemed judgment and an eye for equality.

As a part of our legislative work, we in the General Assembly learned about patterns of sexual exploitation by law enforcement officers acting in their official capacity and began documenting the discussion to learn more and consider what action, if any, might be needed to address the situation.

Rather than list random facts, let me highlight a few events and some of the information we learned:

One such incident took place on Oct. 11, 2018. Officer Ryan Macklin, a six-year veteran of the Prince George’s County Police Department, pulled over an undocumented Latina female driver, in a marked police car, dressed in his uniform at 1 a.m. Officer Macklin forced the driver to perform a sexual act as they were both seated in her car to avoid possible arrest or detention.

In 2010, a study by the Cato Institute, a libertarian think-tank that among multiple areas of research and work also tracks police wrongdoing found that sexual misconduct by law enforcement generates more citizen complaints than any other factor except for excessive force.

The 2016 investigation of the Baltimore Police Department by the Department of Justice found that officers habitually extorted sex from women by threatening prostitution charges if they did not cooperate. 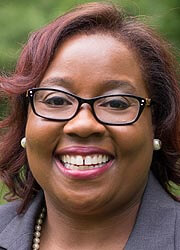 The abuse of power and authority in any public role creates a culture of mistrust and apprehension toward our government and is especially so for law enforcement officers. While some police departments have general orders that prohibit sexual exploitation and similar behaviors, such rules are clearly neither a deterrent nor rule for some officers.

These incidents and situations are all the more disheartening because of the inherent power dynamic held above women forced to engage in a sexual act with a law enforcement officer purporting to be acting in their official capacity.

Most of the victims in these situations are typically persons of color and persons from our most vulnerable populations, including those who are impoverished, transgender, experiencing homelessness, sex workers, or those who are impaired because of drug or alcohol use.

A culture of misogyny within police departments may allow for a predatory pattern of misconduct toward women. The mistrust of law enforcement officials occurs when dignity and respect are shown to some but dismissed because of a person’s race, gender, sexual orientation or class.

I believe that no one should be able to use their power over another to force themselves upon them, especially someone acting in an official role for our government. I am therefore proposing legislation, HB 411/SB 43, to codify the dignity and respect owed to the public and their protection from such exploitation.

While there has been much conversation since the death of George Floyd about police departments revamping their training programs and promoting de-escalation, conflict resolution and more empathetic policing tactics, the conversation is void of any type of training or policy regarding police sexual misconduct.

We must create hiring practices that address this issue by ensuring that background checks and psych exams weed out individuals that seek power, dominance and control over others. We must ask applicants about their behavior and beliefs on gender, race, sexual assault, domestic violence as well as speaking with their current partners, spouses, and asking about domestic violence and sexual assault.

Those candidates found to have a history of sexual misconduct should be deemed ineligible for employment. Here in Maryland we need to make it clear that on-duty sexual misconduct against civilians is prohibited, end of story.

The writer, a Democrat, represents Prince George’s County District 22 in the Maryland House of Delegates.

With new term beginning, Ferguson and Jones enter next phase of their leadership

In many state capitals, four years as a presiding officer of a legislative chamber is a pretty robust tenure. In the Maryland State House,…