Virginia Gov. Ralph S. Northam’s recent budget allocation of $50 million to extend intercity passenger rail service from Roanoke to the New River Valley is just the latest in a long line of sizable investments his administration has made into the future of rail in the commonwealth, including a $3.7 billion dollar track acquisition deal with CSX and the launch of a project to improve a 116-year-old railroad bridge linking Northern Virginia to Washington, D.C.

However, the Greater Washington Partnership — a business community think tank — says a new regional rail vision that includes Maryland, Washington and the federal government is crucial to maximizing Virginia’s investments.

“This is the opportunity to create a shared expectation and actually help bureaucrats to execute upon it,” said Joe McAndrew, GWP’s vice president of transportation. “If you left it down to the individual components of platform height, rolling stock, or payment systems, we would never get to a larger vision.”

Should that vision one day become a reality, commuters from as far south as Fredericksburg and even Richmond could board a Virginia Regional Express or Amtrak train and ride through D.C. all the way to Baltimore. To make that same trip today would require a Virginia resident to get off in Washington, pay for a second ticket and then board a MARC train or a different Amtrak on to Charm City.

“Once people realize this is one-fare, one-seat and you don’t have to dash across Union Station to catch the next train, these upgrades will translate to a big increase in ridership,” said U.S. Rep. Don Beyer (D-Va.). “We have to make the consumer experience easy and convenient.”

Regional leaders’ motivation to implement regional rail integration extends beyond riders’ comfort. A better connected workforce could also translate into big bucks for households and government coffers across the region. “There are a lot of economic benefits that can be derived from better rail service than just improving congestion,” said Jennifer Mitchell — director of Virginia’s Department of Rail and Public Transportation. “New run-through service would allow us to use existing infrastructure to create new markets for rail, which is a smart way to leverage our past investments.”

A recent study from George Mason University estimated that the completion of the Long Bridge alone, connecting Northern Virginia to D.C., and the associated expanded rail service it enables would translate to “an increase of $2.2 billion in economic contributions from rail commuters living in Virginia and an increase of $5.9 billion from rail commuters in the Washington region.” The majority of that new economic growth would come from Virginia residents who — thanks to new commuter rail service — could access higher paying jobs in D.C.

All aboard for affordability

The secondary goal behind the integrated rail vision is that increased connectivity would allow workers to conveniently commute to job centers from across the entire region, thereby boosting access to affordable housing and evening out pockets of skyrocketing rents and home prices.

Since Amazon announced its HQ2 would be coming to Arlington, home prices across Northern Virginia have risen by 17.4 percent. Over the border in New Carrollton — another community marketing itself as an up-and-coming job center — the cost of a house has gone up by half that figure over the same period. 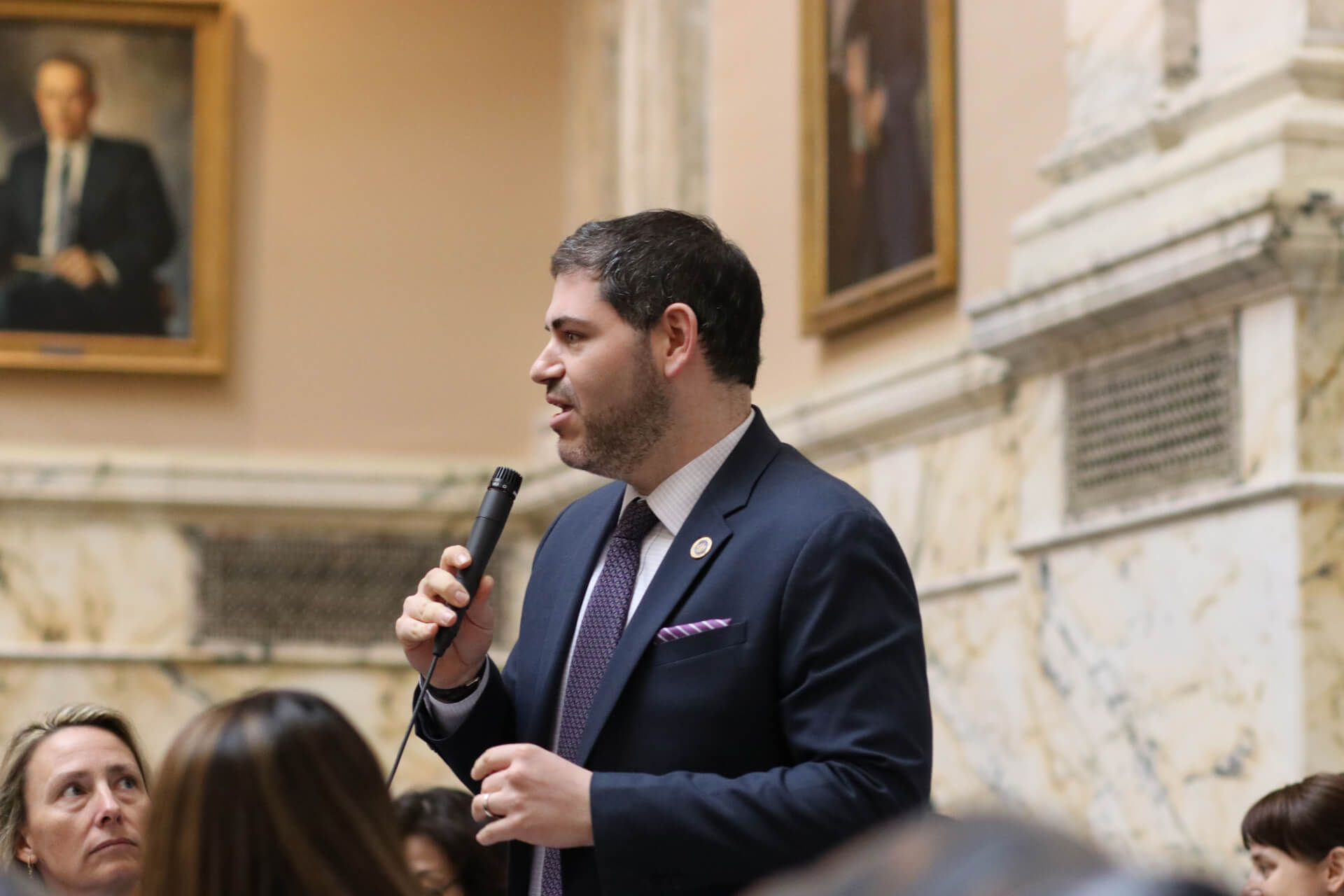 In a region riven by jurisdictional division, the vision’s backers are striking an uncharacteristically cooperative tone. “The reality is that we already have people living in Alexandria and working in Baltimore who would greatly benefit from an integrated rail system,” said Del. Jared Solomon (D-Montgomery), who recently sponsored a bill to bring the vision closer to a reality. “This would also be a huge signal to businesses to locate here and know that their workers will have access to a diverse stock of housing at all levels of affordability.”

Currently, people who live in the region who want a quicker commute and unfettered access to car-free living must move to D.C. or one of its inner suburbs like Bethesda or Alexandria. However, housing costs in those places often prove prohibitive for all but the region’s highest earners.

“One of the biggest problems we have here is the lack of affordable housing,” Beyer said. “Many people have to go to Stafford or Gainesville to find a house they can afford.”

Frequent run-through rail service might extend the more convenient commute of urban areas to corners of the region farther afield. “What we’re trying to do is to create more amenable communities to live or create jobs in throughout our region out of places that today are largely inaccessible unless you drive a car like Fredericksburg or Frederick, Md.,” said McAndrew.

If convenient commutes become a truly regional commodity, home prices closer to the Capitol may also slow their rapid staggering ascent. “When you open other communities up to rail, you make housing further out more accessible and you make housing closer in more affordable because the advantage of being closer to downtown becomes marginal,” Beyer said.

Both Beyer and McAndrew hope that diversifying the region’s job centers and bedroom communities will prove a tide that lifts all boats. “Integrated rail service would make new areas more desirable for housing, tourism and jobs,” said McAndrew. “It will help to diversify the region and mitigate potential negative impacts of growth on communities while also boosting the productivity of the region as a whole.”

As with any expansive plan, the devil will be in the details. “We need to address technical gaps in train storage and platform heights as well as institutional issues such as labor and differences in legal and regulatory structures between states,” said Mitchell. “Those can all be addressed to build out seamless service, but they will take a little time.” 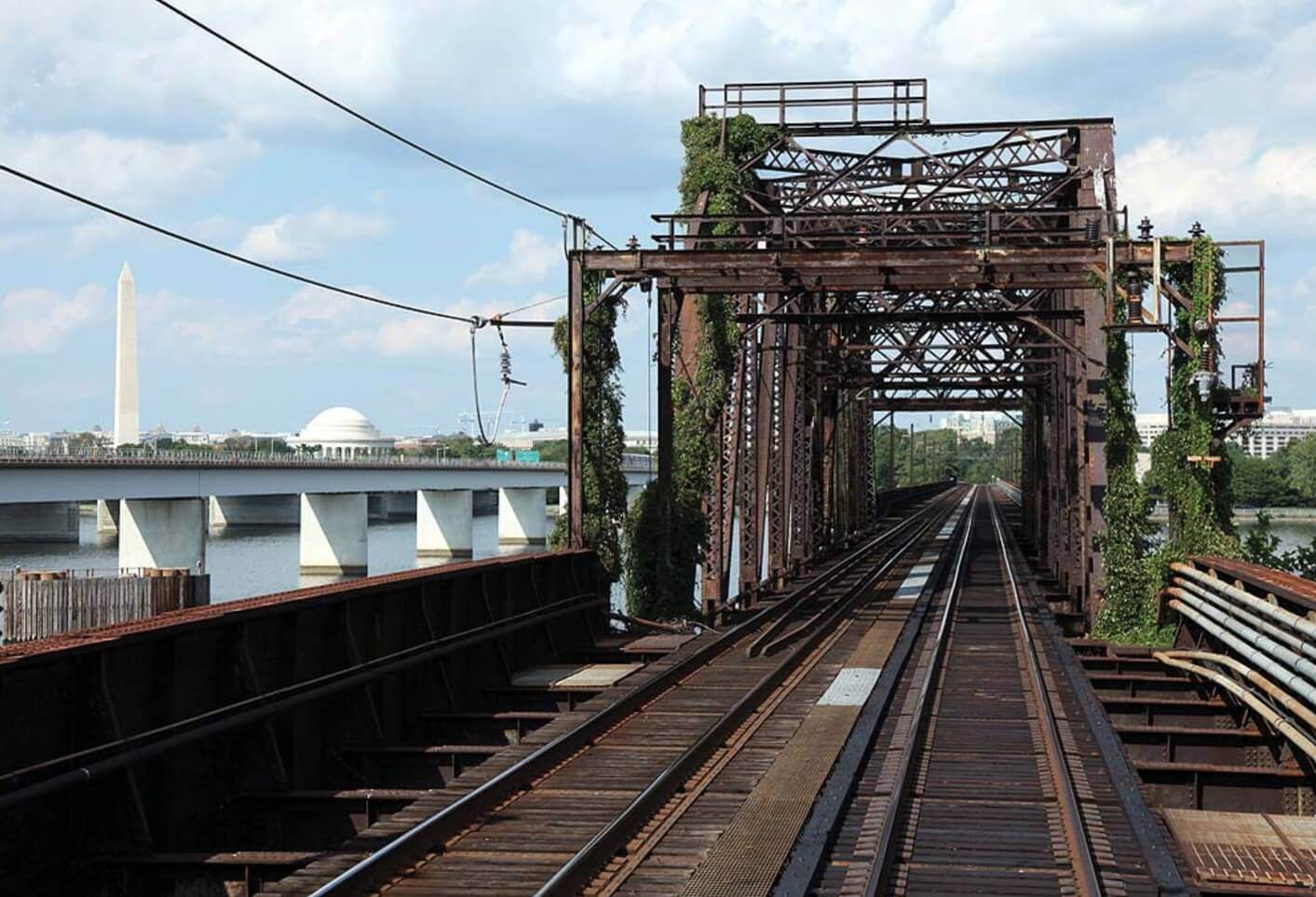 A technical report to be released by the Greater Washington Partnership in March will include a to-do list for regional leaders including those items and other challenges like interoperable payment systems and how to co-brand integrated VRE and MARC service to customers. The larger question looming over the process is whether the region can effectively work together across borders and levels of government.

“We don’t yet have the kind of governance infrastructure we need in order to accomplish this vision,” said Sharon Bulova, a Virginia Passenger Rail Authority board member. “This is just the beginning of bringing the region together to share a vision and support it. This is not a permanent organization that will be able to operate rail service, but that will ultimately have to happen.”

Politics may prove another problem. Gov. Lawrence J. Hogan Jr. (R) recently vetoed Solomon’s bill to require MDOT to launch an MOU process and enter into a regional service agreement with D.C. and Virginia. “My bill passed overwhelmingly in our House of Delegates (121 out of 140), so I’m cautiously optimistic we can override his veto in February,” Solomon said.

Once agreements are finalized, all parties involved agree the next challenge will be funding. “It’s not easy to decide what is fair in terms of how much you pay and how much service you get,” said Bulova. But many advocates expect a serious push for a major infrastructure package by President Biden’s administration.

“The most important federal role in this undertaking is to provide funding,” Beyer said. “The biggest users of a combined regional rail system are going to be federal government employees.” Based on the details of Biden’s recently released plans for a $1.9 trillion stimulus package, hopes for large amounts of federal funding to push the vision forward may be more than a fantasy.

Even post-pandemic, Beyer believes regional rail integration won’t get bumped to a back burner: “Once we’re through with COVID, clearly the number one priority at the federal level is the climate crisis. It’s the existential threat of our lives. Transportation is a huge part of that, and moving people out of single-use passenger cars onto trains would be big. The Swiss carbon footprint per person is just one third of America’s, and that’s largely because of their transportation system’s focus on rail.”

Anyone who doubts the ability of Metro Washington to rally around a decades-long plan for future growth isn’t well-versed in the region’s history, according to Bulova. “This is a 25-year vision that will require a lot of work, collaboration and cooperation in order to actually make things happen, but the will is there,” she said. “We are a complicated region with a lot of different governance structures and don’t always get along, but we are able to come together and get things done. We created the Metro system after all.”

Wyatt Gordon is a reporter at the Virginia Mercury, where a version of this story originally appeared. He can be reached at [email protected]

All posts by Wyatt Gordon