Baltimore County Executive John A. Olszewski Jr. (D) will report on Wednesday that he raised $805,750 in the past year ― a significant amount in a period that has been dominated by the COVID-19 pandemic.

Olszewski’s report, which will be filed with the State Board of Elections on Wednesday ― the deadline for state and local candidates in Maryland to submit their annual campaign finance reports ― will also show that the first-term county executive had $1.6 million in his campaign account.

The Olszewski fundraising showing is just one of the storylines about the 2022 election that will emerge in the next few days, as candidates’ campaign finance reports roll into the elections board electronically. While they are hardly the only measure of how the 2022 elections are shaping up, the campaign finance reports do provide clues about the political strengths of incumbents and potential challengers ― and about which officeholders might be pondering bids for higher office.

Olszewski is one of several Democrats who could run for governor in 2022, when Gov. Lawrence J. Hogan Jr. (R) will be term limited. The cover sheets of his latest campaign finance report, which give a summary of fundraising and spending activity for the previous year, were provided to Maryland Matters Tuesday night, though the full report, showing specific contributions and expenditures, was not available.

In an interview earlier this month, Olszewski said it’s too soon to be discussing the 2022 election, when political leaders are still wrestling with the public health and economic crises brought on by the COVID-19 pandemic.

“I think that there will be lots of time on the other side of the crisis to talk about the future, and we will,” he said.

Olszewski is not the only potential candidate for governor whose annual campaign finance report will attract the attention of political professionals.

Also noteworthy: Former state attorney general Douglas F. Gansler, who lost a bid for the Democratic gubernatorial nomination in 2014, has started raising money again ― and is also taking a serious look at the 2022 race.

Gansler, whose campaign finance statement was turned in Tuesday evening, reported raising $224,300 in January and late last year. It’s the first time Gansler has raised significant money since losing the Democratic primary for governor in June 2014 ― and he had $428,241 in his campaign account as of Jan. 13. 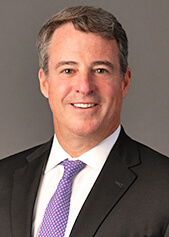 Gansler’s contributions mainly came in large chunks, the product of two or three email solicitations he sent out in the fall and early winter, according to several sources. In an interview Tuesday night, Gansler confirmed that he is contemplating a second run for governor.

“With all the uncertainty in the world, people have been asking,” Gansler said. “People want an experienced progressive who can get things done, and after eight years of a Republican governor, they want someone who can win.”

Gansler served two terms as attorney general before finishing second in the 2014 Democratic primary for governor. He was a prodigious fundraiser ― and his newest campaign finance report serves as a reminder of his money-raising prowess.

Gansler’s report includes 21 contributions of $6,000 ― the maximum that can be given to a political candidate in Maryland. His report is laden with donations from lawyers, real estate executives, tech entrepreneurs and financial service industry leaders.

While Gansler has remained a mainstay on the Maryland Democratic chicken dinner circuit since the 2014 election, he is no longer universally known in party circles. The recent round of fundraising is the first formal sign that he is seriously contemplating another run ― and the new campaign finance report shows that he’s been traveling the state in recent months for meetings.

So far, Comptroller Peter V.R. Franchot is the only declared Democratic candidate for governor, and his campaign finance report is also highly anticipated. Franchot had $1,572,296 in his campaign account a year ago.

Two other potential Democratic candidates for governor whose campaign finance statements are due to be submitted to the State Board of Elections Wednesday are Prince George’s County Executive Angela D. Alsobrooks and Howard County Executive Calvin Ball.