The House Judiciary Committee heard two bills Tuesday that seek to expand who is protected and what offenses are punishable under the state’s hate crime statute.

Both bills presented, one by Del. Carl W. Jackson (D-Baltimore County) and the other by Del. Wayne Hartman (R-Lower Shore), posed big questions for the future of that state’s statute, given the current political climate.

Jackson’s bill intends to include false statements made to police officers on the basis of aspects of a person’s identity, which are protected by law.

Hartman’s bill would add police officers and other first responders to personal identities that are protected under the law.

These bills were introduced to the General Assembly during a poignant moment in American history following a series of nationally highlighted instances of outward racism and fatal police brutality against Black people — including encounters that led to the deaths of Breonna Taylor, George Floyd and Rayshard Brooks — which sparked a movement to reallocate some funding, from police departments to other community services.

Bills that resulted from those efforts will be heard later in the session.

Individuals who target people based on those protected identities can be charged with a hate crime for:

‘Proactive instead of reactive’

House Bill 306, sponsored by Jackson, would increase the state’s list of hate crimes to include false statements made or caused to be made to law enforcement officers.

In Maryland, making a false statement to a police officer is a misdemeanor punishable by a $500 fine or six months of jail time.

Jackson’s bill would make reporting a false statement to law enforcement a felony punishable by up to three years behind bars and a $5,000 fine, if that false statement was motivated by an individual’s identity. 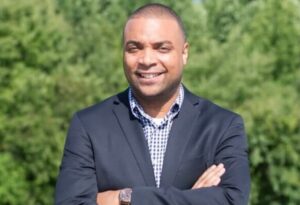 As an example, Jackson pointed to a widely reported incident that occurred in New York City’s Central Park over the summer where a white woman called the police on a Black birdwatcher, falsely claiming he was threatening her when he asked her to leash her dog.

“Rather than comply with his simple request, she told him that she would, quote ‘call the cops and tell them that there was an African American man threatening my life,’ unquote, which she then proceeded to do, clearly trying to use his race and a false police report to intimidate him,” Jackson explained.

The man recorded their interaction on his cellphone, documenting her false report.

“Her intent was clear though: to escalate the situation and use the fact that he was a Black man to somehow get him in trouble with law enforcement,” Jackson told the committee.

“Maryland as a state must be proactive instead of reactive in discouraging this racially motivated Behavior,” he said. “While this specific example I noted before did not happen in Maryland, it easily could have.”

Baltimore County State’s Attorney Scott Shellenberger (D) told the committee that he supported the bill, but that it would be hard for prosecutors to make their case.

“I have to not only prove the motivation, but I also have to prove it was false,” Shellenberger explained.

Zainab Chaudry, the director of Maryland outreach at the Council on American-Islamic Relations also testified in support of the bill, telling the committee that members of her community have changed their behavior in public because they feel that people “weaponize” their race or religion.

“We strongly support this bill because it sets the tone for accountability, and we believe that it will help discourage such behavior in the future,” Chaudry said.

House Bill 286, sponsored by Hartman and Del. Robert B. Long (R-Baltimore County), seeks to expand the state’s protected classes to include law enforcement and other first responders.

Should the bill be enacted, police officers and other first responders would become the only profession protected as a class under the state’s hate crime statute.

Hartman announced his intention to sponsor this legislation in late September following an unsanctioned, pop-up car enthusiast event that plunged his hometown of Ocean City into multiple days of chaos.

The delegate rode with the Ocean City Police Department and Worcester County Sheriff’s Office as they tried to control the thousands of people that flooded the town. He said he watched in shock as drinks, glass and rocks were thrown and fireworks were aimed at law enforcement. 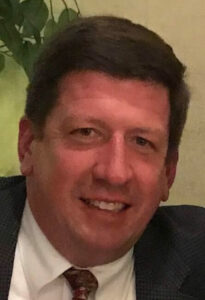 “If you think of many of law enforcement badges, it’s in the shape of a shield and that symbol is to not symbolize authority, but it’s a symbol of a shield to protect an individual,” Hartman explained to members of the committee. “Well that shield, unfortunately, is no longer big enough.”

Ocean City Police Chief Ross C. Buzzuro, a proponent of the bill, said that assault against police officers under his charge has increased substantially in recent years — from 74 assaults in 2018 to 165 in 2020.

He said he’s never seen a time when the public sentiment toward law enforcement was so negative.

“The sentiment goes beyond policing philosophies and has increasingly moved directly towards police officers in general: while on duty, off duty; in uniform or in plainclothes,” Buzzuro said.

Meredith Weisel, senior associate regional director for the Anti-Defamation League’s Washington, D.C., office, testified against Hartman’s bill, saying that adding a profession to the state’s hate crime law will only serve to weaken protections for those most at risk of facing identity-based attacks.

“First and foremost, hate crime laws are designed to protect victims who are targeted based on their most precious and personal identity characteristics,” Weisel said. “These are traits that are often described as ‘immutable characteristics.’ Working in a profession is not a personal characteristic, nor is it immutable, and adding police or any other … employment is only risking the purpose of hate crime laws.”

“What I’m concerned about is, they wear uniforms,” McComas said. “First-responders appear with uniforms; a homeless person — you can tell [someone is] a homeless person because they sort of have a homeless uniform — and I think that it doesn’t matter whether these officers or the homeless person, whether it’s white or Black or had a religious affiliation or whatever. I mean, people are being shot because of what they’re wearing.”

Weisel reiterated that people are protected for their immutable traits, which a uniform is not.

“It’s something you can’t change about yourself,” Weisel repeated. “If you’re going to add something like law enforcement because they’re in a uniform, it’s the same thing as saying, OK, well [let’s add] a nurse or a doctor who also may be in a uniform.”

“And I would not say that homeless people have a uniform, either,” she continued. “They wear clothes just like everybody else, and … you’re not comparing apples to apples there.”