Unicorn Lake is a beautiful park and fishing lake nestled in northern Queen Anne’s County near Millington. The serene atmosphere creates a lovely venue for a picnic or a spot to pluck a brown trout or two from the stocked waterway. It would not be as serene, if not for then-Senate President Mike Miller’s intervention.

The intrigue around Unicorn Lake goes back to the late 1980s when a prior Board of Queen Anne’s County Commissioners near the end of its lame-duck term amended a large private trash facility or rubble fill to go next to the park. The action was met with outrage. The rubble fill was opposed for nearly 20 years by numerous commission boards and citizens from both parties, but after years of losing litigation, it seemed that the project would move forward.

As a candidate for office in 2002, I opposed the project, along with the ridiculous control developers had over Queen Anne’s County government. When elected to my first term as a county commissioner, I became the latest to join a fight lead by citizens like Loretta Walls and Jay Fallstad (who would later become an environmental leader in his own right).

We all wanted to stop the thousands of trucks and trash that were headed to northern Queen Anne’s County adjacent to the peaceful lake.

Unfortunately, commissioners’ board and the three other boards before us had failed to find a county remedy to stop the project. I came up with the idea of Maryland legislation to protect certain waterways near the Chesapeake Bay, akin to Unicorn Lake, from facilities such as the proposed dump.

I took the idea to Sen. Miller as a matter of public policy. He encouraged me to work with my Republican state senator at the time, E.J. Pipkin. Miller also agreed to help personally and suggested adding other areas of the state that needed environmental protection. That resulted in Senate Bill 553 co-sponsored by Pipkin and Miller. 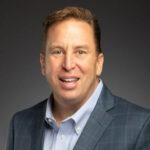 As always, I appreciated his helpfulness. Frankly, Sen. Miller had always been helpful to me. Miller helped me raise money when I ran for commissioner, gave advice when I was president of the Young Democrats of Maryland, as well as my time on the state central committee. The relationship had always been partisan, working together as Democrats. The idea that he would be so engaged on policy and suggest that I work with a Republican was a side of Miller I had not experienced.

I now know it was a skill he often displayed; Miller had an amazing ability to fight like a partisan during the election and legislate like a statesman during session.

The legislation with Miller’s guidance passed. Furthermore, it withstood a court challenge, and the rubble fill next to Unicorn Lake was never, and will never be, built. Pipkin and I got major political points for the victory. While victory is said to have a thousand fathers, Miller was a father in this case who never asked for a thank-you or appreciation. I waited to see Miller on Sine Die of the 2007 session when the Unicorn Lake legislation passed to thank him for all his help, and all he wanted to do was tease me a little and tell a joke.

Miller has given Maryland thousands of Unicorn Lake stories. His hand has been part of countless solutions to problems, his work and thoughts are sewn into the fabric of Maryland annotated code and the laws we enjoy today.

I thought it was important to share this story during the time of his retirement.

While so many will think of his amazing political power, strategic skills, his fights with former governor William Donald Schaefer or his history-making longevity of service, I will always think of how he stood with the citizens of Queen Anne’s County to win its fight against a large trash company.

We should all thank him for his service and passion for the principle that politics and our American system of representative democracy can make everyone’s lives a little better.