Many of the changes are necessitated by the expected elevation of Del. Michael A. Jackson (D-Prince George’s) to the state Senate. 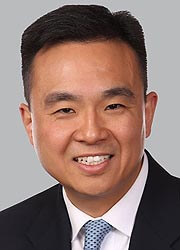 With Chang’s promotion, he and Del. Ben Barnes (D-Prince George’s) are flipping positions on the Capital Budget Subcommittee: Barnes will become chairman and Chang will become vice chairman.

Del. Marc Korman (D-Montgomery) has been tapped to replace Jackson as co-chair of the legislature’s Spending Affordability Committee, and Del. Patrick Young (D-Baltimore County) will replace him as chairman of the Joint Committee on Cybersecurity, Information Technology and Biotechnology.

Gavels are also going to Del. Jheanelle Wilkins (D-Montgomery), as chair of the Ways and Means Election Law Subcommittee and Del. Brooke E. Lierman (D-Baltimore City), as chair of the Joint Committee on Pensions. She’ll replace Barnes in that role.

“These appointments to House leadership continue our efforts to promote new leaders and new ideas, foster a broader consensus across the state and make sure that Maryland’s legislative leaders are truly representative of our diverse and growing population,” said Jones said in a statement.

In addition, the following legislators have been appointed to standing committees:

Jones did not say what committee assignment Jackson’s eventual House successor would get.

‘The presence of the new consolidated FBI headquarters…would bring economic growth and development to a majority-Black county and its communities,’ state leaders said.