Editor’s Note: This story was updated to include appointments made Wednesday morning

When the unusual and heavily restricted 2021 Maryland legislative session kicks off on Wednesday, there will be some new faces in the General Assembly.

Several Democrats and Republicans have been appointed to the legislature in the nearly 10 months since the 2020 session’s abrupt end in the early days of the pandemic. Others are taking on new roles in the upcoming session.

Here are the freshmen in the House and Senate for the upcoming legislative session:

Sen. Paul Corderman (R-Washington) isn’t new to the legislature ― he had been a delegate since 2017 prior to his appointment to the Senate by Gov. Lawrence J. Hogan Jr. (R). Corderman replaced former Sen. Andrew Serafini (R), who stepped down in July.

His appointment to the Senate was part of a rapid political rise for Corderman, who spent less than two years on the Hagerstown City Council before he was appointed to former Republican Del. Brett Wilson’s vacated seat. Wilson is now a judge.

Del. Brenda J. Thiam (R-Washington), made history when she was sworn in last October as the state’s first Black female Republican legislator. She was appointed by Hogan to fill Corderman’s vacated seat.

Thiam, 51, is originally from Raeford, North Carolina. She’s worked in special education for more than two decades in public and private Maryland schools as both a teacher and administrator.

At the time of her appointment, Republican Central Committee Chair Jerry DeWolf said Thiam switched her party affiliation from Democrat to Republican in 2012. During the appointment process, Thiam touted her experience managing budget shortfalls as director of education for the Community School of Maryland.

Amprey is a third-generation resident of the 40th District and interned for the late U.S. Rep. Elijah Cummings (D-Md.) He highlighted that work in an interview with the Baltimore City Democratic Central Committee prior to his nomination, and pledged to focus on equity as a legislator.

Del. Dana Jones (D-Anne Arundel) has been in the legislature since shortly after the end of the abbreviated 2020 session. She was appointed to replace Del. Alice J. Cain (D-Anne Arundel), who resigned at the session’s close.

Jones, a political consultant, has worked with the state’s Democratic party for more than 20 years. She also worked as a research director for EMILY’s List, a pro-choice fundraising organization for Democratic women. She will serve on the House Ways and Means Committee. 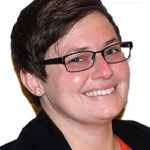 An honorable mention goes to Del. Lisa Belcastro (D-Baltimore County), who joined the House on March 10 and weathered the final chaotic days of the 2020 session. Legislators quickly churned through hundreds of bills before ending the session on March 16 due to the COVID-19 pandemic.

Belcastro, 32, was born in Chicago, and studied science health and physical education at Slippery Rock University. She is an adapted physical education teacher at Prince George’s County Public Schools, and prior to her appointment, served as an aide to Baltimore County Councilman Israel “Izzy” Patoka (D).

She replaced Sen. Shelly L. Hettleman (D), who was appointed to the Senate following the resignation of former Sen. Robert A. Zirkin (D).

Now-Sen. Michael A. Jackson (D) was elevated from the House of Delegates to fill Mike Miller’s vacancy. Jackson has been a member of the House since 2015 and currently serves on the Appropriations Committee. He was sheriff for Prince George’s County from 2002 to 2010 and previously served as the president of the Maryland Sheriffs’ Association. He was unanimously nominated to the seat by the central committees of Calvert, Charles and Prince George’s counties.

Now-Del. Reid Novotny (R) was appointed to fill the vacancy of Warren Miller. Novotny is an account manager for World Wide Technology and served 15 years in the U.S. Air Force. He is currently a colonel in the Maryland National Guard, where he is a joint staff lead for IT and cyber. Novotny challenged former Sen. Gail H. Bates in the Republican Senate primary for the district in 2018 and lost.

“I am confident that Delegate Jackson and Col. Novotny will represent their constituencies admirably in their new respective roles,” said Governor Hogan. “I offer them both my sincere congratulations and look forward to working with them in the upcoming legislative session.”