Protesters derailed the typically routine process of Congress certifying the presidential election results on Wednesday, with both chambers abruptly recessing after President Trump’s supporters clashed with police and forced their way into the U.S. Capitol.

A House office building was evacuated, and the Capitol and surrounding office buildings were locked down as pro-Trump demonstrators protesting the election results pushed past barricades and made it to the hallways outside the House and Senate chambers. Some were carrying Trump flags, video posted on Twitter showed.

According to pool reports, Vice President Mike Pence was rushed out of the Senate chamber, where he had been presiding over the certification.

Lawmakers were also evacuated from the House, according to pool reports.

Another pool report said: “There’s an armed standoff at the House front the door police officers have their guns drawn at someone who is trying to reach the front door.”

Trump at a rally earlier in the day had encouraged demonstrators to march on the Capitol. He then promised to march with them to the Capitol, but returned to the White House instead.

The violent demonstration unfolded as lawmakers had gathered to tally the Electoral College votes, the final step in formalizing Joe Biden’s presidential win.

Dozens of Republicans were expected to file a series of objections to Biden’s votes from a handful of swing states, alleging fraud claims that have failed in lawsuits brought by the legal team of Trump, who has refused to concede.

The House and Senate convened briefly to begin tallying votes, and the first objection was filed to Arizona’s 11 electoral votes. The two chambers began debate over that objection, which was raised by U.S. Rep. Paul Gosar (R-Ariz.) and 60 colleagues, including Sen. Ted Cruz (R-Texas).

That debate was upended as the protesters approached the building. As Capitol Police closed the doors to lock down the House floor, Rep. Dean Phillips (D-Minn.) shouted to Republicans, “This is because of you,” according to pool reports. 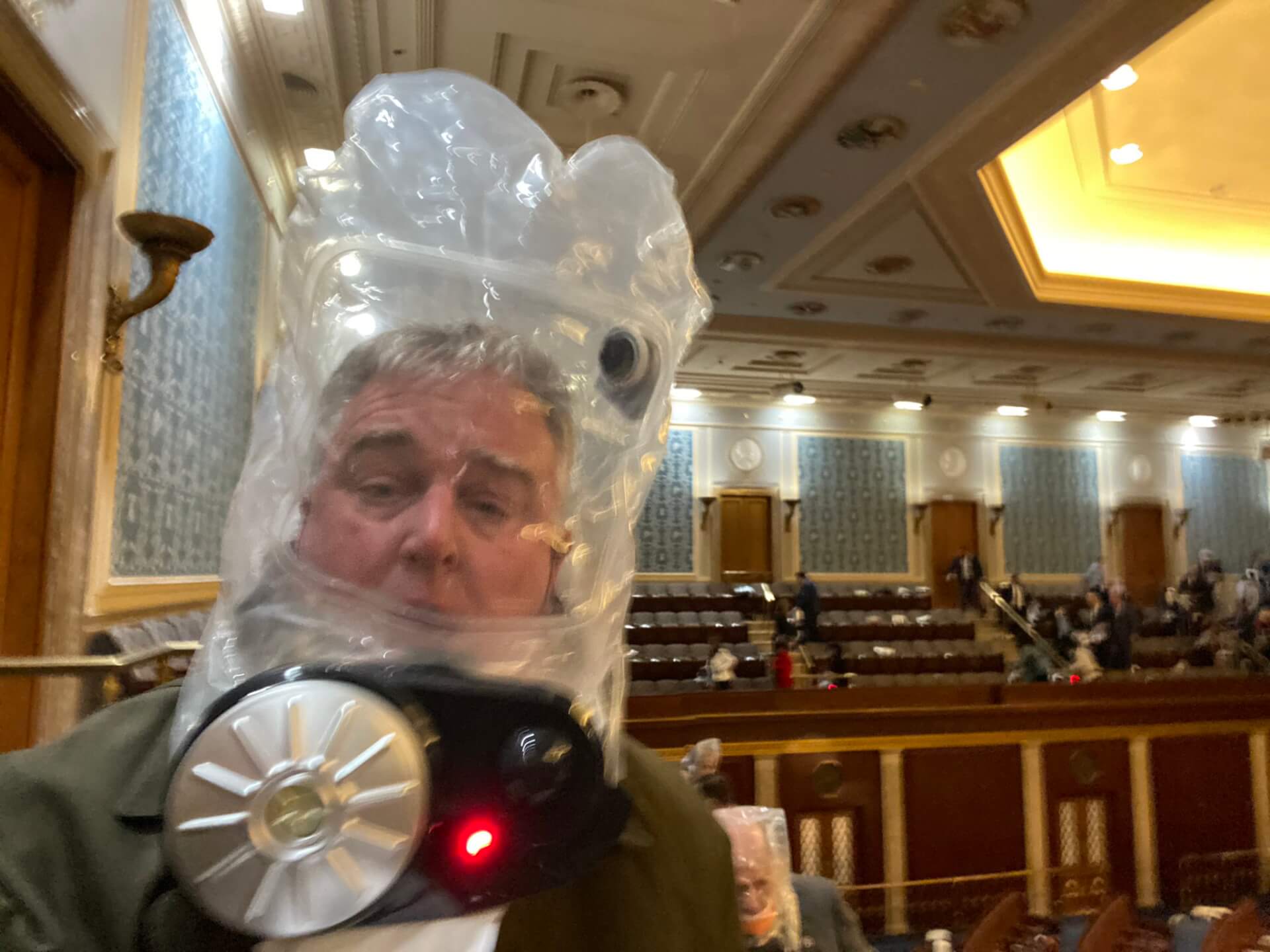 “I am safe,” he wrote. “We have been evacuated. Let me be clear: we will not be stopped by this lawless intimidation.”

Laura Olson covers the nation’s capital as a senior reporter for States Newsroom, a network of nonprofit outlets that includes Maryland Matters. Her areas of coverage include politics and policy, lobbying, elections, and campaign finance.

All posts by Laura Olson