“I am confident that Marlon Amprey will be a strong advocate for constituents in Baltimore City in his new role as delegate,” Hogan said in a statement. “I offer him my sincere congratulations, and will work with him to change Maryland for the better.” 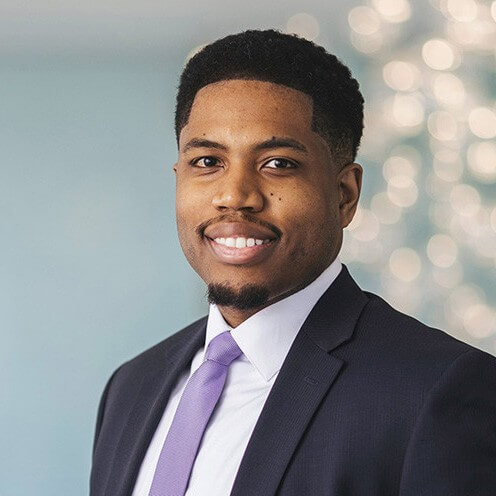 Amprey, who turns 34 later this month, will represent District 40 in Baltimore City. He is an associate at Cole Scholz, a law firm in Maryland and had served as an intern for the late U.S. Rep. Elijah E. Cummings (D-Md.) while attending law school at the University of Pennsylvania. Amprey was also a Teach for America Corps member for four years before pursuing a career in law.

The Baltimore City Democratic Central Committee nominated Amprey from a total of 14 candidates last week. From the seven members of the central committee, Amprey received four votes while Joshua Harris, a union official and former legislative aide, received the other three votes.

On the same day Amprey was appointed, he opened a campaign committee that will enable him to raise money for the 2022 election — though state lawmakers are prevented from fundraising for the three-month General Assembly session.

There are currently two other open legislative seats: one once held by former Sen. Thomas V. Mike Miller Jr. (D) in District 27, which covers parts of Calvert, Charles and Prince George’s counties. Miller announced his resignation on Dec. 23 after 45 years in the Senate, citing his poor health as the reason for retirement.

The other vacancy is the District 9A seat held by former Del. Warren E. Miller (R), which takes in parts of Howard and Carroll counties. Miller resigned on Dec. 31 after 17 years in the House. The Howard GOP central committee on Wednesday evening advanced the name of Reid J. Novotny, who ran unsuccessfully for the state Senate in 2018, for the vacancy. Carroll County Republicans will vote on Thursday evening.