During the 2021 General Assembly session, lawmakers will be constrained by budgetary shortfalls, unaddressed legislation from last session, and tremendous needs for constituents. This means that the 2021 legislative session should have a focus on raising tax revenues from those who have profited immensely during the pandemic, allocating spending to improve our economy and protect Maryland’s citizens, and taking maximum precautions to fight the pandemic.

Here are five bills I would introduce as a delegate in the 2021 legislative session to achieve these goals:

1. Workers’ Bill of Rights: The Service Employees International Union and other unions are pushing forward a legislative package to guarantee essential workers enhanced pay, safe working conditions, free testing, sick and bereavement leave, and the right to refuse to work in dangerous conditions.

This will be positive legislation to protect the workers who have kept our state afloat while risking their lives — many without a choice. Big businesses that have made upwards of $30 billion during a pandemic that has decimated the lives and livelihoods of millions of Americans, such as Amazon, Wal-Mart, Target, Verizon, and Safeway, should be increasing their employees’ salaries to $25 an hour and implementing additional sick leave and retroactive hazard pay, starting from the implementation of Maryland’s State of Emergency.

Aside from giving workers their due wages, this will also produce significant tax revenues that can fund public health and transportation initiatives.

2. Ban on evictions, foreclosures and rent increases; automatic renewal of rental leases; rent and utility forgiveness; increase in eviction filing fees: While the Centers for Disease Control and Prevention’s eviction moratorium has been extended to the end of January, that has not stopped evictions entirely. Over 115,000 eviction cases were filed and thousands of evictions have been executed, leaving families without a place to go while the pandemic worsens. 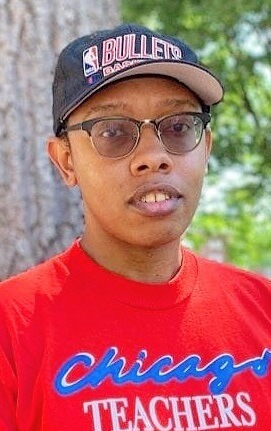 All evictions, foreclosures, and rent increases must be banned during this State of Emergency and during future ones; rental leases must be required to be renewed unless the tenant purposely opts out. Eviction filing fees should be substantially raised. Putting people on the street is a public health hazard and only worsens the problems at hand.

Rent should be outright forgiven for all workers who have lost more than 50% of their 2019 income, and for tenants of landlords who have more than 10 properties. The revenues raised from eviction filing fees should entirely go towards a rental/utility assistance fund that will pay off the rent bills and utilities for unemployed Marylanders.

3. Medicare/Medicaid expansion to all uninsured Marylanders: Many of our neighbors have lost their jobs, and many of those job losses could be permanent as small businesses all over the state have shut down. Since so many people get health insurance through their employer, this means that many have lost their health insurance and COVID tests, vaccinations, and other medical concerns will incur out-of-pocket expenses. This is unaffordable and the more hurdles that residents have to getting tests and vaccinations, the worse that the pandemic will rage on. By expanding Medicare/Medicaid to all uninsured Marylanders, including the unemployed, we will greatly improve health outcomes.

4. Tax on wealthy corporations and automation to fund a Maryland stimulus: Comptroller Peter Franchot is supporting a stimulus for Maryland residents earning under $100,000 from the Rainy Day Fund, which will go a long way to ensuring that Maryland families can pay for the basics.

These are my proposals for the Maryland State Stimulus Package: A. $2,000 for ALL Marylanders over the age of 18 with less than $50,000 in annual income OR with less than $100,000 as a couple in either 2019 or 2020, including those receiving Social Security benefits, ideally distributed via direct deposit for all with bank information on file with the Comptroller’s Office; B. An additional $500 per dependent; C. $2,500 for all Marylanders who were skipped in the CARES Act, including families with dependents aged 16-18; D. Bifurcated payments for individuals who are on SSI who are legally not allowed to have a certain amount of money without losing their benefits; E. Protection from garnishment by any legal or banking institutions; F. Reloadable debit cards, compatible with the State Employee Credit Union, sent in mail to all taxpayers who do not have banking information on file with the Comptroller’s Office. These cards should require signature confirmation upon delivery, and allow all deposits to be transferred to other bank accounts or withdrawn with no fees.

This stimulus will help hundreds of thousands of struggling Marylanders and kickstart our economy. These direct payments will pay utility bills, rent, and car notes and also get money back into the registers of small businesses across our state.

The economic velocity will multiply the financial impact and produce further tax revenue. And this stimulus should not just be a one-time deposit.

Wealthy mega corporations that have profited by billions should pay additional taxes that will be earmarked explicitly for the needs of unemployed, retired, and disabled Marylanders. A Maryland tax of $1 million per $1 billion of national income from the biggest corporations will be sufficient to provide a permanent stimulus for those with no income.

Also, the businesses that have automated the workplace and deleted jobs from our economy should be paying 110% of the annual salary of laid off employees towards this permanent stimulus account.

5. Requirement to host a special session and ban on political fundraising during any State of Emergency that lasts in excess of two weeks: While the majority of legislatures reconvened, either in a special session or a new legislative session, at some point since the COVID-19 outbreak, Maryland’s did not. Annapolis Democrats repeatedly said “we want to get this right,” claimed that there was no way to allocate spending to prevent evictions, and outright avoided questioning from organizations and constituents.

Over 70 organizations, ranging from CASA to Our Revolution to SEIU, called for a special session and Annapolis leadership told these groups directly that they refused to hold a special session even after originally planning for one in May.

Meanwhile, dozens of Maryland legislators in both parties held high-dollar political fundraisers. This is a shame and an insult to the many people who have lost their jobs, their homes and their loved ones during a recession and a pandemic.

In the event of future prolonged emergencies, the legislature should be required by law to convene virtually within three months of the State of Emergency being declared and all political fundraising should be banned during future states of Emergency.

The writer is the chair of State Affairs for the Prince George’s County Young Democrats, a candidate for Delegate in Maryland’s 24th Legislative District, and holds a Masters of Arts in Political Science from Johns Hopkins University.