Nearly 18 months after its creation, Maryland’s Prescription Drug Affordability Board has its first executive director.

The panel has hired Dr. Andrew York, an attorney who has worked in prescription drug pricing reform.

The board, a first-of-its-kind effort to force down the cost of commonly-used medications, was created by the legislature in 2019. It has been slow to begin operations due to a lack of funding and office space. 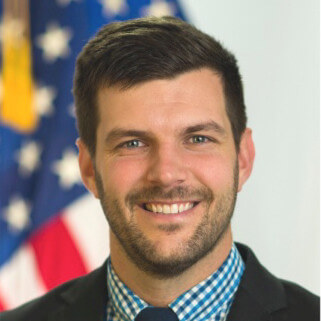 According to the panel, York worked most recently on prescription drug payment policy and drug pricing reform at the U.S. Department of Health and Human Services and Centers for Medicare and Medicaid Services.

“Andrew is a proven leader whose expertise will be invaluable to the Board and its mission,”  said Van T. Mitchell, chairman of the Prescription Drug Affordability Board, in a statement. “His experience demonstrates his ability to tackle these critical issues facing Marylanders.”

The board’s mandate is to identify drugs that cost more than they should and recommend specific reductions to the General Assembly.

Drug manufacturers lobbied heavily against the creation of the board and are watching Maryland’s move into pricing reform closely. Numerous other states are seeking to copy the state’s push to force reductions.

“I know Andy very well. He’s terrific,” said Vincent DeMarco, head of the Maryland Citizens Health Initiative. “His background is perfect for this job and he will bring a lot of knowledge of the issue.

The appointment is not subject to Senate confirmation. York will assume his new post on Jan. 20.

Maryland, a pioneer in establishing a cost control board for medications, has no definition for “upper payment limits” within state code.