Leaders of Maryland, Virginia and the District of Columbia on Thursday urged the incoming Biden administration to increase its support for the agency that provides transit service in the capital region.

They urged Biden and his team to support short-term “emergency relief” for the Washington Metropolitan Area Transit Authority (WMATA) and asked the incoming president to make the federal government a “fourth partner” in the agency’s financing.

More than 300,000 federal workers live in the D.C. region and many take Metro to and from work. 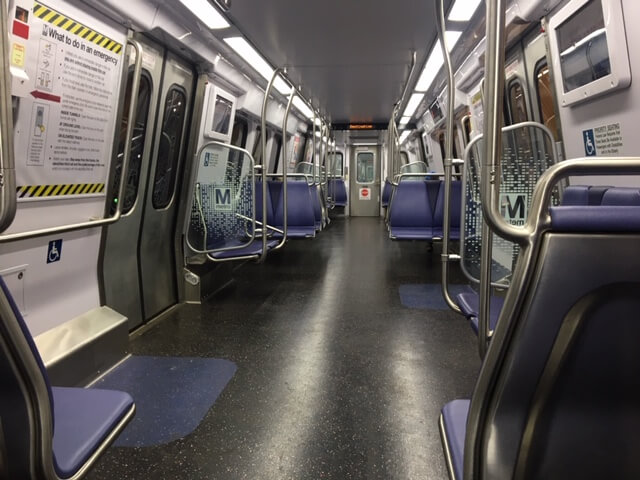 The federal government has traditionally provided the lion’s share of construction dollars, but day-to-day operations are the responsibility of states and cities. Leaders in the D.C. region are seeking an exception for Metro because of its unique ridership.

“WMATA operates through the support of contributions from the governments of Maryland, the District of Columbia, and Virginia, and we are all experiencing significant budget challenges and significant new costs resulting from the pandemic. We encourage the Biden-Harris administration to renew the federal government’s commitment to Metro’s future and strongly consider joining the three jurisdictions as our fourth partner in a WMATA funding agreement.”

Metro is considering an end to weekend subway service and a substantial reduction in bus service. WMATA is also considering the elimination of more than 3,800 positions, more than one-third of its workforce.

The rise in telework, the economic downturn and fears of COVID-19 have resulted in significant drops in ridership, sending farebox revenues plummeting.

WMATA is looking for ways to make up a Fiscal Year 2021 shortfall of $176.5 million. Next year the agency expects to confront a half-billion-dollar gap.

“This includes 50 WMATA Metrorail stations serving major federal facilities such as the U.S. Congress, the Pentagon, and Walter Reed National Military Medical Center. WMATA serves as a linchpin to federal government operations, yet the lack of a federal contribution for operating WMATA fails to reflect this fact.”

Is Paying for Snyder’s Washington Commanders Stadium Worth It?

With a new name and new players, the Washington Commanders are looking for a new home.

They’ve been together only a couple times in the last 18 months, but Gov. Lawrence J. Hogan Jr. (R), Washington, D.C. Mayor Muriel E….