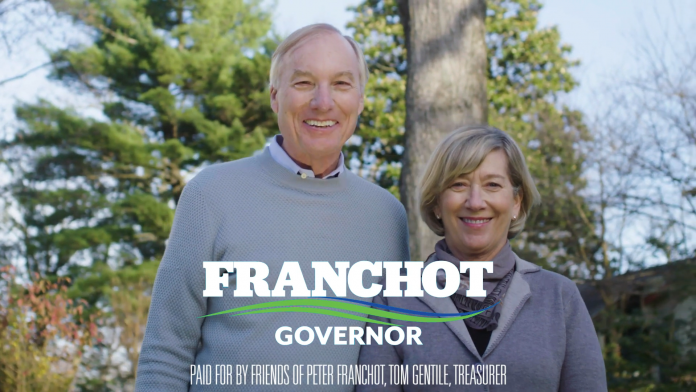 State Comptroller Peter V.R. Franchot (D) is cranking up his campaign for governor.

Franchot announced Tuesday that he has hired the Baltimore-based Tidemore Group to run his bid to succeed incumbent Lawrence J. Hogan Jr. (R), who is term-limited, in 2022.

In it, he offers a broad outline of what he would seek to accomplish, drawing on his 14 years as the state’s chief tax collector and “by changing the way Maryland does business,” a slogan not dissimilar to Hogan’s 2014 and 2018 campaign mantras.

Speaking directly to the camera in the skillfully-produced video, a sun-splashed Franchot pledges to focus on the COVID-19 crisis, education, health care, housing, the environment and the criminal justice system — though he offers no specific programs.

“You deserve new ideas and solutions to the challenges we face,” he says in the video. “I intend to earn your trust from day one.”

A five-term state delegate before running for comptroller in 2006, Franchot boasts of having “the vision of an outsider [and] the skills of an insider.” The video also shows footage of Franchot and his wife, Anne Maher, putting on blue masks.

One thing the ad does not mention: Franchot’s longstanding alliance with Hogan, which could prove to be a liability in the Democratic primary.

The ad was produced by Julian Mulvey, a partner in the Washington, D.C., Democratic media firm Devine Mulvey Longabaugh. The firm has been making ads for Franchot for the past few election cycles.

“Peter Franchot will be laying out a vision of big reforms,” said Tad Devine, the senior partner at DML, and a top national Democratic strategist for more than three decades.

“While revitalizing the basics of day-to-day government. He did it for the Comptroller’s Office, now he’ll do it for the state.”

In Maryland, the firm in the past has worked for former Gov. Parris N. Glendening (D) and the late U.S. Sen. Paul S. Sarbanes (D).

Franchot, a Takoma Park Democrat, is the first high-profile candidate to enter the 2022 race for governor, and he starts the election cycle with a huge financial advantage from not having had to face a serious challenger since his upset victory over former Comptroller William Donald Schaefer (D) in 2006.

He announced his candidacy in a Silver Spring tavern in January.

In a statement, Franchot said his new campaign firm brings “unparalleled expertise in managing Maryland political campaigns and proven fundraising results bring a new level of direction to my campaign.”

“Ben Smith and Ben Groff are among our state’s most talented, highly respected, and seasoned political and policy professionals, and the wealth of skills and experience they bring will be integral to ensuring our victory in 2022,” Franchot said.