The decision by leaders of the Maryland General Assembly not to hold a special legislative session this fall to address the myriad problems caused by the COVID-19 pandemic continues to reverberate politically.

Earlier this week, Greenbelt Mayor Colin A. Byrd posted a six-page document on Facebook, calling on Prince George’s County Del. Jazz M. Lewis, the chair of the House Democratic Caucus, to resign from his leadership position.

In his statement and in an interview, Byrd — who works for the legislature, as chief of staff to Del. Julian Ivey (D-Prince George’s) — suggested that Lewis and other legislative leaders have dragged their feet on necessary actions that could have helped struggling families as the public health and the economic devastation of the pandemic rose.

Byrd also chastised Lewis for his votes on a series of issues that have come before the legislature in recent years — most notably, his support for legislation that lets Johns Hopkins University establish a private police force.

But Byrd’s document goes after Lewis in harsh personal terms, referring to the lawmaker at one point as “a total cornball brother who has no business representing Prince George’s County or Black people at all.” He added, “when I’m done with him, Jazz will be singing the Blues.”

Byrd also endorsed Richard DeShay Elliott, a doctoral student and political strategist who is planning to run for a delegate seat in District 24, which Lewis represents.

In an interview, Lewis pushed back on Byrd’s criticisms and said he wished the mayor had contacted him beforehand to discuss his concerns.

“The only contacts I’ve had with him have been positive, so this has been a surprise,” Lewis said.

Throughout the summer and fall, legislative leaders saw mounting pressure from progressive groups, civil rights leaders and some Democrats to schedule a special session, to address the dire needs of Marylanders who have been slammed by the impact of the pandemic.

But House Speaker Adrienne A. Jones (D-Baltimore County) and Senate President Bill Ferguson (D-Baltimore City) argued that there were too many political and financial variables to have an ability to adequately address Maryland’s multiple problems at the time. Now, with the regular 2021 session a month away, Jones and Ferguson both say that addressing the damage from COVID-19 will be job number one when the legislature returns to Annapolis on Jan. 13. 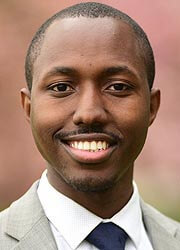 Byrd and Lewis are both highly regarded young Democrats who are thought to have bright political futures. Byrd, who was elected mayor of Greenbelt last year after a term as a city councilmember, is just 28 years old. Lewis, who works for U.S. House Majority Leader Steny H. Hoyer (D-Md.) in his day job, is 31. Ivey, another politically promising Prince George’s Democrat, who is 25, has consistently and vocally called for a special session.

Ivey in early September published an op-ed piece in The Washington Post laying out his arguments for convening a special session. House Majority Leader Eric G. Luedtke (D-Montgomery) rebuked him days later in an internal memo circulated to House Democrats.

Without naming Ivey, Luedtke called it “tremendously disrespectful to the Speaker of the House” to push for a special session in the press without first checking in with Jones and other colleagues.

“It is not lost on me that the Speaker is a woman, and I can’t help but wonder if the legislator in question would have behaved differently had the Speaker’s name been Michael, instead of Adrienne,” Luedtke wrote. He also listed several things the legislature had been doing to address the pandemic since adjourning from its regular session early, in mid-March.

In an interview this week, Byrd conceded that his words about Lewis “may have been heavy-handed, but I frankly don’t think it was unwarranted.” He said he singled out Lewis as a way to make a point about the dire conditions that many of his constituents face, and his firm belief that Democratic leaders ought to have moved more swiftly to address them.

“This is bigger than about me and Jazz,” he said. “This is about the people in Maryland who are suffering right now.”

Byrd said he was moved to write and release his document after getting “a wrenching call” from a woman who was unable to get unemployment benefits from the state.

“That was the last straw,” he wrote. “I’m sick of this crap. No more dancing around it. As far as I’m concerned, as of today, it’s no more Mr. Nice Guy for the enemies of the people in Annapolis.”

Greenbelt is not in Lewis’ legislative district.

Byrd told Maryland Matters he was hopeful during the summer when the legislature held hearings on the failures of the state’s unemployment system — with residents waiting days to get information online or on the phone, and checks taking weeks or even months to arrive.

But Byrd said he now believes that the legislature has failed to hold the Hogan administration accountable for the system’s breakdown — and Marylanders are suffering as a result. A special session, he said, should have been organized to attempt to fix the problems.

Lewis disputed Byrd’s claim that he had led the opposition to a special session within the House Democratic Caucus, and said he in fact served as a go-between for House leaders and the advocacy groups calling for a special session.

Lewis said that even though opinions differed within the 99-member Democratic caucus about whether to hold a special session, there is broad agreement about the enormity of the challenges facing Marylanders during the pandemic and the many things that need to be done to stabilize residents who are feeling insecure.

“I think that’s the role of the caucus chair — trying to get everyone to row in the same direction,” he said.

Lewis also defended his vote for the Johns Hopkins police legislation in 2019, saying he only decided to support it after securing several police reform and accountability measures in the bill that could be applied to other law enforcement agencies around the state. The goal, he said, was to make it “as close to a model police force as you can get.”

Byrd said he’s aware that his missive could produce blowback for him and his city, but said he was prepared for whatever criticism may come.

“I know enough about Annapolis to not have rose-colored glasses about the way they would handle certain kinds of criticism,” he said. “Very candidly, the right response is not retribution. The right response is to do something for the people of Maryland.”

Asked whether he thinks the legislature is capable of boldly addressing the state’s problems in the upcoming General Assembly session, Byrd replied, “I think they more than have the capabilities to do a lot. But this isn’t about capability. This is about will. This is about courage.”