The COVID-19 pandemic has underscored the importance of strong and forward-thinking leadership at every level of government. States achieving success in managing the public health emergency can see their efforts threatened by external factors. A collective, comprehensive effort and a unified national push is critical to successfully addressing the crisis.

Unfortunately, the lack of a comprehensive and unified effort — where states and the federal government work together — isn’t exclusive to the pandemic. It’s also apparent in our federal government’s latest response to another global emergency — the climate crisis.

While many states across the country have been bright spots for climate action, a little-known but influential government agency, the Federal Energy Regulatory Commission, is threatening to reverse this progress.

FERC recently began implementing the Minimum Offer Price Rule, or MOPR, within our nation’s largest regional electricity market, the PJM Interconnection, which serves 65 million customers across the eastern United States – including Maryland. The MOPR will make zero-carbon sources of electricity appear less economically competitive and will prop up fossil fuels while raising consumers’ electricity bills. In fact, without state action, the MOPR could raise consumer costs in Maryland by $650 million to $950 million over the next nine years. FERC’s decision ignores the overwhelming economic, environmental and social evidence that fossil fuel pollution is detrimental to our day-to-day life, our air and water, and our communities.

The scientific community has made it clear: we are running out of time to reverse course on the climate crisis and transition away from fossil fuels. Without urgent, ambitious action to cut carbon pollution and move toward a clean energy economy, we are likely to see many of the same outcomes of COVID-19 — a wounded economy, dire public health threats rippling through our communities, and disproportionate suffering among people of color and low-income families.

The good news is that states have stepped up to fill the leadership vacuum. Around the country, governors, mayors, and other state and local leaders are moving quickly and ambitiously toward a clean energy economy that works for everyone. Last year, Maryland passed legislation requiring that it must get 50% of its electricity from renewable energy sources such as wind and solar by 2030. 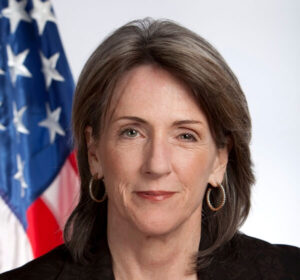 Carol Browner, former director of the White House Office of Energy and Climate Change Policy and former administrator of the Environmental Protection Agency.

In addition, seven states, plus Washington, D.C., and Puerto Rico, passed laws that require them to procure at least 50% of electricity from clean sources, and according to the Sierra Club, more than 160 cities, including cities in the PJM market like Chicago, Washington, D.C., and New Brunswick, N.J., have pledged to power their communities entirely with clean energy. The momentum for clean energy is real, and this isn’t just good for the climate. Cleaner air and well-paying clean energy jobs are good for both public health and the economy, especially as we work together to recuperate from economic losses caused by the pandemic.

COVID-19’s disproportionate impact on communities suffering from air pollution has shown us the antiquated and inequitable systems powering our communities can no longer be tolerated. This is a moment to invest in an inclusive clean economy that can create millions of jobs, support public health, and improve the quality of air and water, especially in vulnerable or historically marginalized communities.

Many states have already established ambitious targets to serve as a roadmap for progress, which is being threatened by the FERC MOPR decision. State-level clean energy commitments are reflective of the beliefs of an overwhelming majority of American voters who support climate action and clean energy. A 2019 survey from Pew Research Center shows 77% of Americans agree developing alternative energy sources should be prioritized over increasing fossil fuel production.

Current state clean energy goals enjoy a broad coalition of support including environmental advocates like myself, public health officials, labor representatives, clean energy business leaders and social justice advocates. We stand together to encourage state leaders to take back the reins and build their clean energy futures before the ramifications of the MOPR decision take hold and there is no recourse.

If FERC refuses to get out of the way of progress, then it’s time for states to chart their own path — because states like Maryland have a narrow window for taking action to protect consumers and clean energy from negative MOPR impacts; even if President-elect Joe Biden prioritizes addressing climate change.

The writer is the former director of the White House Office of Energy and Climate Change Policy and former administrator of the Environmental Protection Agency. She is also a member of the Nuclear Matters Advocacy Council.

Maryland Matters welcomes guest commentary submissions at [email protected].org. We suggest a 750-word limit and reserve the right to edit or reject submissions. We do not accept columns that are endorsements of candidates or submissions from political candidates. Views of writers are their own.

Opinion: Move Toward a Clean-Energy Future in Md. Means Moving From Reliance on Gas

By Staci Hartwell and Eliseo Magos The writers are, respectively, the environment and climate justice chair for the NAACP Maryland State Conference and a…

Opinion: Does Hogan Care More About Wealthy Corporations Than the Bay?

During Larry Hogan’s campaign to become governor in 2014, he explicitly stated that Maryland must hold Exelon accountable for its pollution coming out of…