Following criticism for its lack of action and efficacy, leaders of Maryland’s environmental justice commission have promised that the advisory panel has “reenergized” itself in preparation for the upcoming legislative session. 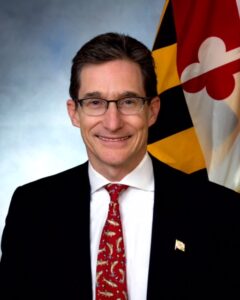 “I’m very excited about the reenergized Environmental Justice and Sustainable Communities Commission,” Maryland’s Secretary of the Environment Ben Grumbles told his fellow commission members last week. “It’s a priority for me and the state.”

MDE representatives acknowledged the recent criticism and outlined tentative recommendations to strengthen its authority to influence legislation next session. An annual report was due in October, but this was “inconceivable” due to the COVID-19 pandemic, said Devon Dodson, a senior adviser to MDE. The goal is to produce the report by December.

Dodson hammered down the conviction that this year, the commission will not continue its past behavior. “You’re assuming based on past practice that this is a reiteration of something that you’ve seen before, and I am here to tell you again…that is not the case. This is a different activity than we have ever engaged,” Dodson told the commission and members of the public.

One common critique is that the commission has not reached out and communicated directly or well enough with those who are affected by environmental justice issues first-hand.

The Senate representative of the commission reaffirmed this concern.

“We don’t want to go in and talk at them, we want to go in and talk with them,” said Sen. Obie Patterson (D-Prince George’s). He suggested that the commission consider having an advisory member familiar with affected communities to become a point person for those on the ground. That way, communities will be aware when the commission is coming to talk with them about environmental justice issues affecting them.

Even if the commission does not have the most up to date environmental justice screening tool to identify affected communities, it would still make a difference to simply have a presence in the community, said Dorothy Morrison, the director of the Office of Environment at the Maryland Department of Transportation. A series of small projects can go a long way in gaining the trust of communities, she said.

“If the community sees that you’re working with them to accomplish small things, it means a whole lot more than trying to study them or level them as being disenfranchised with all these tools,” Morrison said.

Dodson emphasized that the commission does not intend to have top-down conversations with affected communities, but the first step must be to listen to them. The commission is thinking of piloting virtual listening sessions, in addition to creating a public information portal in which the commission can read and respond to comments from the public.

“People want action, not just listening, but listening has to be the first step,” said Cindy Osorto, legislative and policy analyst for MDE.

Still, some members wondered whether these recommendations were too ambitious for the commission, questioning its authority in holding the governor and General Assembly accountable in its policy recommendations.

“We’ve had this question over and over again…limited ability of the commission to do things and then limited amount of personnel and people able to do these things was one of the issues we ran into,” said Stephan Levitsky, the vice president of sustainability of Perdue Farms who recently got moved from the “affected communities with EJ concern” seat on the commission to the business seat after some criticism.

“I am excited but I am concerned that we are taking too much off than we can chew,” he said. Levitsky has been on the commission since 2013.

Currently, the commission’s strongest duties are to “review and analyze the impact of current State Laws and policies on the issue of environmental justice and sustainable communities” and to advise state agencies and the governor.

But in the face of criticism that the commission has not been taking environmental justice issues seriously, being ambitious is necessary, Dodson said.

“To have this level of discomfort among you, say well gosh are we biting off more than we can chew – maybe, but we got to take the bite,” Dodson said. He reassured members that MDE now has the necessary resources to address and tackle environmental injustices that weren’t possible before.

Some of the recommendations Dodson proposed, however, acknowledged the need to expand the commission’s authority, including having more power to review and respond to environmental justice complaints across state agencies, appointing representatives from county and municipal governments onto the commission, and requiring representation from different counties for the three affected community member seats on the commission.

The commission should also work smarter and not harder, which involves openly communicating with other state agencies, especially the Maryland Department of Transportation and the Maryland Commission on Climate Change, to learn what they have already done on environmental justice issues and to collaborate or reproduce their best practices, Dodson said.

Some residents think that a legislative remedy is the only way Marylanders can see impactful steps towards resolving environmental injustices, so for the commission to have teeth is critical, commissioners acknowledged. Otherwise, what fruitless conversations and annual reports that critics say lead to nowhere will continue.

Although Brandywine residents in Prince George’s County successfully filed a federal civil rights complaint in 2016 to reject another proposed power plant to be built within a 15-mile radius in a majority-minority community and have laid the groundwork for massive lawsuits that could be filed against the state and county, residents do not have the funds to do so, Al Weaver said in his public testimony.

“Everyone knows…that environmental justice has no teeth unless the state actually makes it a law and actually puts something into it,” he said.