One of the incumbents on the Prince George’s County Circuit Court has lost his bid for a full 15-year term after being appointed last year — bringing to three the number of “sitting judges” around Maryland who unsuccessfully defended their seats in the Nov. 3 general election.

The completion of the Prince George’s vote tally Friday, two and a half weeks after Election Day, showed Circuit Court Judge Jared M. McCarthy finishing nearly 5,200 votes behind attorney April T. Ademiluyi for the fifth of five judgeships at stake this year in the county. McCarthy had led by about 7,000 votes on election night, but with a large number of mail-in and provisional ballots remaining to be counted. 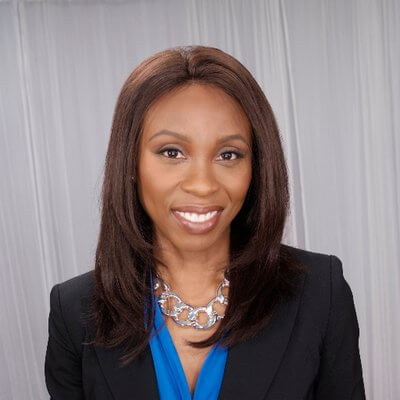 Circuit court judgeship elections often are uncontested, and the ouster of three incumbents across the state in a single year is a rarity. McCarthy, formerly attorney for the Prince George’s County government, joins two other sitting judges, Patrick Devine of Charles County and John J. Kuchno of Howard County, in falling short at the ballot box.

Devine’s and Kuchno’s respective challengers, Makeba Gibbs and Quincy L. Coleman, both increased their margins of victory after the remaining ballots were counted subsequent to Nov. 3. Unofficial final tallies show Gibbs, a former president of the Charles County Bar Association, coming out on top by 58.5% to 41.5%. The final margin for Coleman, a long-time public defender, was 53% to 47% over Kuchno, who spent a decade with the state attorney general’s office prior to his appointment.

Devine, Kuchno and McCarthy were appointed last year by Gov. Lawrence J. Hogan Jr. (R), after being recommended by local trial courts’ judicial nominating commissions — following a months-long “vetting” process by these commissions, as well as state and local bar associations. This process has been in place for the past half-century through a series of gubernatorial executive orders.

The wisdom of continuing to subject this method of selecting judges to popular vote challenge has been debated for nearly two decades in the Maryland General Assembly — particularly since appointees to both the appellate and district courts do not face political campaigns. Judges in those courts are confirmed by the state Senate after gubernatorial appointment; appellate judges must go before the voters every 10 years for up-or-down retention elections, but are routinely retained with majorities of 80% or more.

This year’s results at the ballot box seem likely to continue the long-running standoff in Annapolis between supporters and opponents of legislation to do away with elections for circuit court judges.

“It puts two philosophies at loggerheads — and probably leaves them at loggerheads,” acknowledged Del. Kathleen M. Dumais (D-Montgomery), a former vice chair of the House Judiciary Committee. Added Dumais, a practicing attorney who has long advocated doing away with judgeship elections: “…It’s very frustrating — and I don’t think the public completely understands the intricacies of the judicial selection process, because we only talk about it when there’s a contest.”

She suggested that if advocates of doing away with judicial elections — which would require a state constitutional amendment — “are going to be successful, we are going to have to reach out and try and get more of a grass-roots understanding of the process, and of why it’s important not to have the judicial selection politicized.” 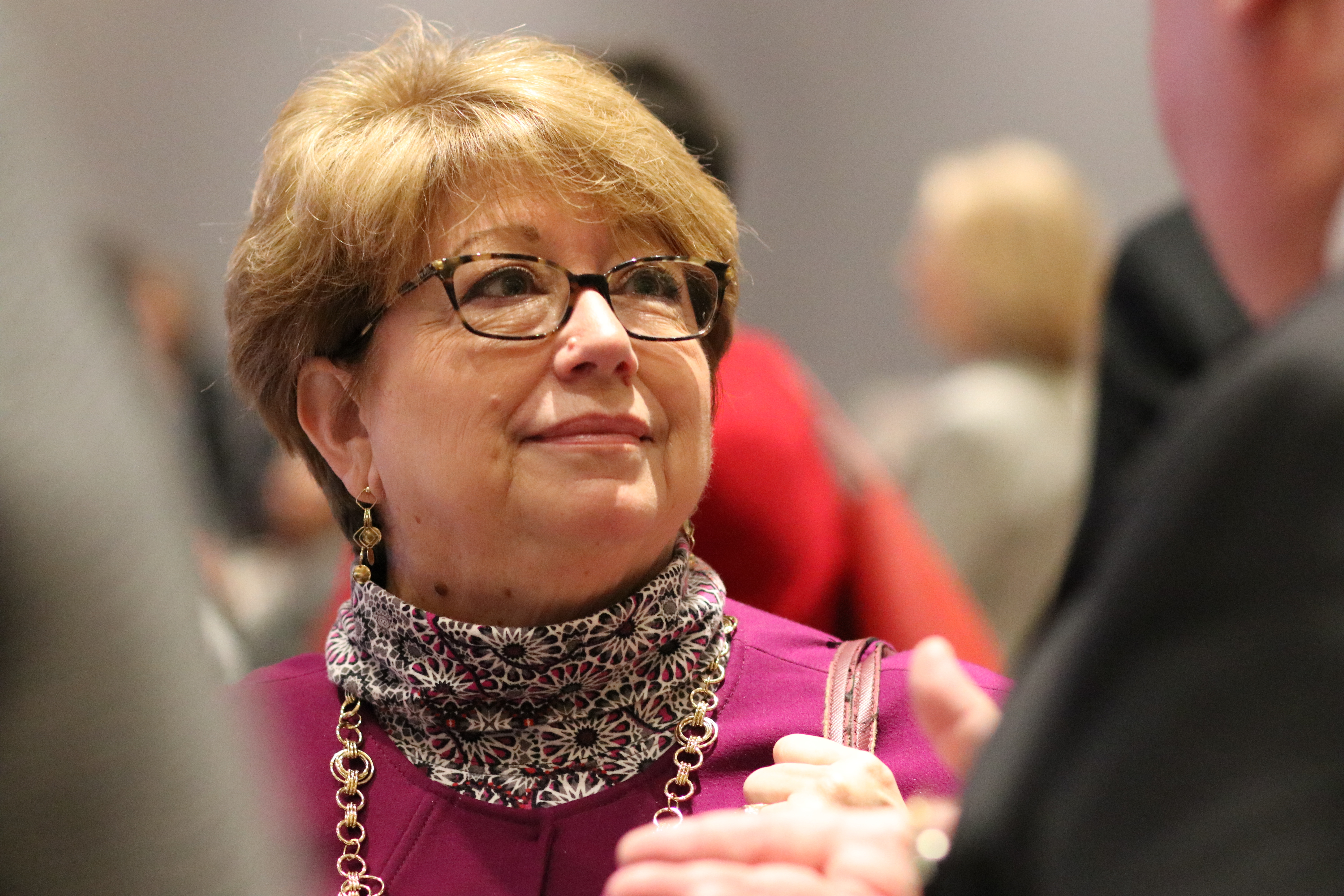 Added Dumais, “If we continue to have judges and lawyers be the only people that testify in favor of eliminating or modifying in some form or fashion the judicial election process, I don’t think we get anywhere.”

The Maryland State Bar Association has long advocated doing away with elections for circuit court judge, joined in recent years by the Maryland Judicial Conference — as the current chief judge of the Court of Appeals, Mary Ellen Barbera, has emerged as a leading proponent of the move. She has cited the potentially compromising impact of politics and campaign money on court operations.

Barbera and like-minded advocates may have gotten some fresh ammunition for their arguments from this fall’s highly contentious circuit court election in the state’s largest jurisdiction, Montgomery County — where four incumbents finished far ahead of a challenger for four available seats, but only after an expensive, often bare-knuckle campaign.

The challenger, Rockville attorney Marylin Pierre, sought to put the vetting process on trial after unsuccessfully seeking appointment to circuit and district court openings on nine occasions over a five-year period. The campaign committee representing four judges appointed or reappointed to the circuit court bench by Hogan — Bibi M. Berry, David A. Boynton, Christopher C. Fogleman and Michael J. McAuliffe — counterattacked by highlighting questions about Pierre’s professional experience and the veracity and appropriateness of a number of her statements.

The latest campaign finance reports filed with the State Board of Elections show the Elect Sitting Judges Montgomery County Slate committee spending nearly $300,000 during the general election campaign — much of it raised from law firms in the county whose members regularly appear in circuit court. Pierre’s thinly funded candidacy spent about $15,500 during the same period. With nearly all the vote counted, Pierre was more than 75,000 votes behind Fogleman, her closest opponent, and nearly 123,000 votes behind Berry — the leading vote-getter in the contest.

This year’s remaining contested race for circuit court was in Carroll County, where the final results changed little from election night – as incumbent Richard R. Titus defeated Laura Morton by a 63% to 37% margin. Titus and Morton faced off in both the Democratic and Republican primaries in June, with Morton garnering the most votes in the former and Titus coming out on top in the latter in the heavily Republican county.

In overwhelmingly Democratic Montgomery, Pierre — who also ran for circuit court in 2018 — got to the general election this year by placing third in the Democratic primary for one of the slots for the four seats up this year. Fogleman, a registered Democrat, failed to garner a nomination in that party’s primary, but qualified for the general election by winning one of the slots available in the Republican primary. The five nominees than competed in a non-partisan election on the November ballot.

Likewise, a non-incumbent had never been elected in neighboring Prince George’s County until 2016, when Ingrid Turner, then a member of the county council, successfully ran for circuit court. This year, veteran criminal defense attorney Gladys Weatherspoon and Ademiluyi joined her in that distinction by successfully challenging sitting judges.

Weatherspoon and Ademiluyi garnered two of five available nominations in the June Democratic primary, as did three of the incumbents: Wytonja Curry, ShaRon M. Grayson Kelsey, and Cathy H. Serrette. The two remaining incumbents, McCarthy and Bryon S. Bereano, finished out of the running in the Democratic contest — despite an aggressive effort by Bereano’s father, influential Annapolis lobbyist Bruce C. Bereano, to bolster support for the sitting judges among elected county officials. 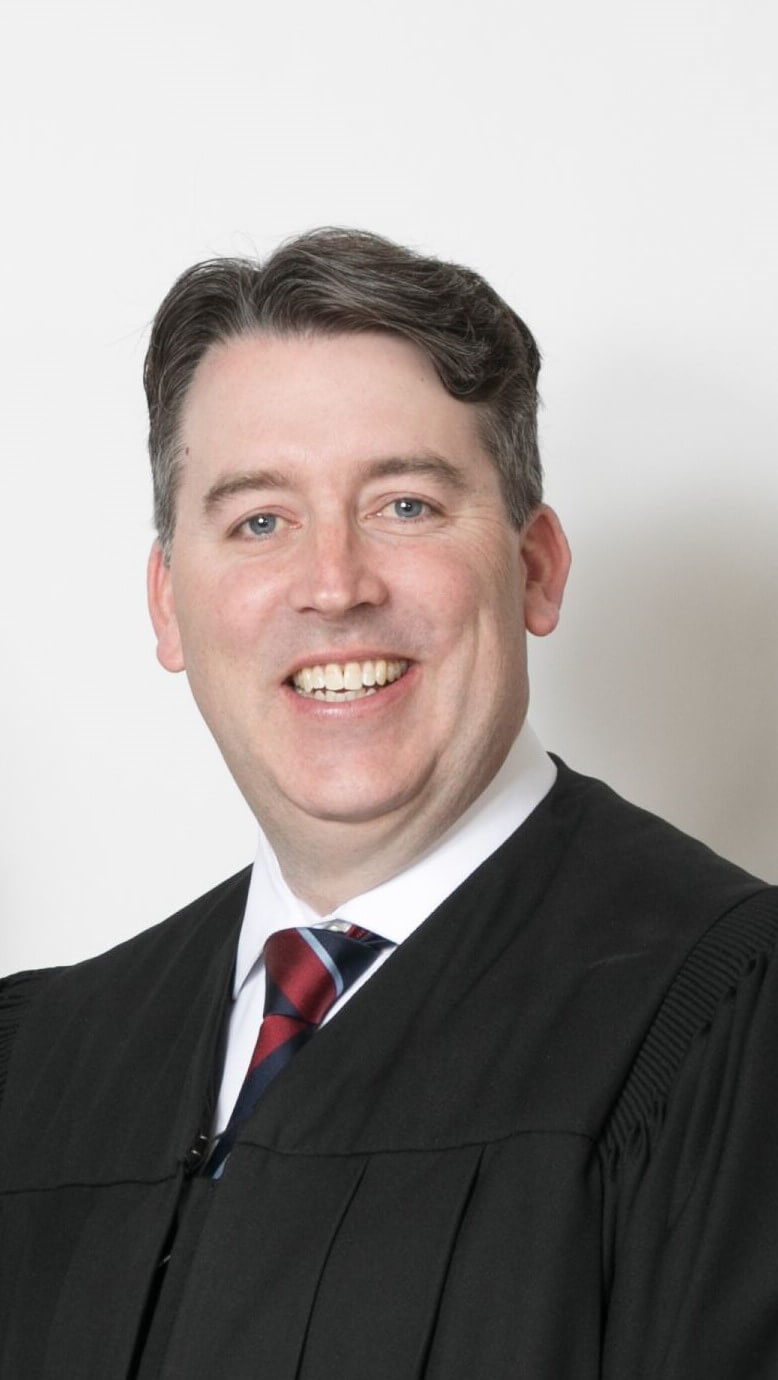 Ademiluyi was making her second bid for circuit court after an unsuccessful candidacy in 2016. A one-time Coast Guard engineer who is a graduate of the George Mason University School of Law, Ademiluyi — along with Weatherspoon — received the endorsement of Progressive Maryland, which has strong ties to organized labor in Maryland.

On her campaign website, she characterized herself as “the only judicial candidate not supported by the political establishment that places the corporate interest above people and ultimately does more harm to black and brown lives.” Her website added: “April will use her power as a judge to protect the rights of those who cannot protect themselves and to ensure that marginalized communities experience fairness, respect, and equality in our justice system.”

The fact that the four non-incumbents who made it onto the circuit court bench this year are African-American — three of them women — is likely to fuel arguments by opponents of getting rid of judicial elections. Responded Dumais: “One of the reasons for having the elections was that it was previously the only way that minorities could get on the bench. And yet that I don’t find that to be true now.”

She credited the three governors in office during her legislative tenure — Republican Robert L. Ehrlich Jr. and Democrat Martin J. O’Malley, as well as Republican Hogan — with treating “the decision of who’s going to be on the bench incredibly seriously” and moving to diversify the judicial appointments when it comes to race and gender. It was noted during this year’s campaign that, of three dozen circuit and district court judges in Montgomery County, half are women and one-third are people of color.

“I think if you look at the bench across the state — Prince George’s, Montgomery, Howard, Anne Arundel — they are now more diverse than they’ve been,” Dumais said.

Given the challenges of conducting the coming session amid the pandemic, Dumais sees little opportunity for legislation on this topic to advance in 2021. “I think that some bills will still be introduced, just so we can continue to have the conversation,” she said, predicting it’s likely to be at least 2024 before a potential change in the state constitution governing judicial elections may be on the fall ballot. “Historically, we’ve tended to do constitutional amendments in a presidential election year,” she noted.

In the meantime, when she posts to social media, Dumais said her stance in favor of doing away with elections for judges sometimes elicit comments asking “So what, you don’t trust the voters?”

“It’s not that I don’t trust the voters. Obviously, I trust the voters in my elections,” she said with a chuckle. “But I do think the judicial branch is different. And part of it is that the judges aren’t in a position to say ‘This is the kind of judge I’m going to be.’