Watch your back, Kweisi Mfume. Kim Klacik is out to get you. Maybe she thinks she can bushwhack you the way Parren J. Mitchell did to Samuel Friedel 50 years ago by a heart-stopping 38 votes.

Though she has conceded the race, Klacik’s threatened, vaguely, to “investigate” irregularities supposedly involved in Mfume’s thumping victory over her, with 78% of the vote (213,000 to 83,000 votes), in the 7th congressional district, where she is not even a resident but a Republican outlier in heavily Democratic territory.

She lost to Mfume twice – once in the special election to fill the vacancy of Rep. Elijah Cummings, and again in the November election for a full term.

And to do it, she says she has more than a million dollars left over from the $7.3 million she raised with the help of her patron, President Trump – most of the cash from out of state donors who don’t know better – and whose sore-loser playbook she seems to be mimicking.

Youngsters among us speak of the long-count 1994 election between Parris Glendening (D) and Ellen Sauerbrey (R) as if it were yesterday. But flash back to 1970 for the hairbreadth primary election finish between Mitchell and Friedel, with a name’s-almost-the-same third candidate, charges of “election stealing and fraud from some black leaders,” according to contemporary media accounts, two weeks of recounts before there were machines to do the tedious job and, finally, the request for an investigation by the House of Representatives that went nowhere.

Klacik’s problem seems to be that she is unable to shake loose her 15 minutes of fame. She’s clearly smitten with herself as she appears in her own television commercials, and the fleeting celebrity that accompanied her pixeled presence. Politically, she probably wouldn’t know the difference between a bobtail ballot and a chewing gum wrapper.

As a reminder, Klacik came to visual, if not political, prominence through a video snippet that caught the rheumy eye of Trump, ever on the lookout for ways to trash Baltimore. Klacik’s viral video highlighted the crime and grime problems in Baltimore which kind of echoed Trump’s demeaning remarks about the city in his continuing feud with Cummings. Trump characterized Baltimore as a “disgusting, rat and rodent infested mess.”

Trump, later in the campaign, endorsed Klacik, by Tweet, of course, which was the impetus for the sudden flow of millions of out-of-state dollars into her campaign, so much in the final days that she couldn’t spend it all. Maybe she can return the favor by contributing to Trump’s newly formed leadership PAC, Save America, which has the stench of another Trump swindle. 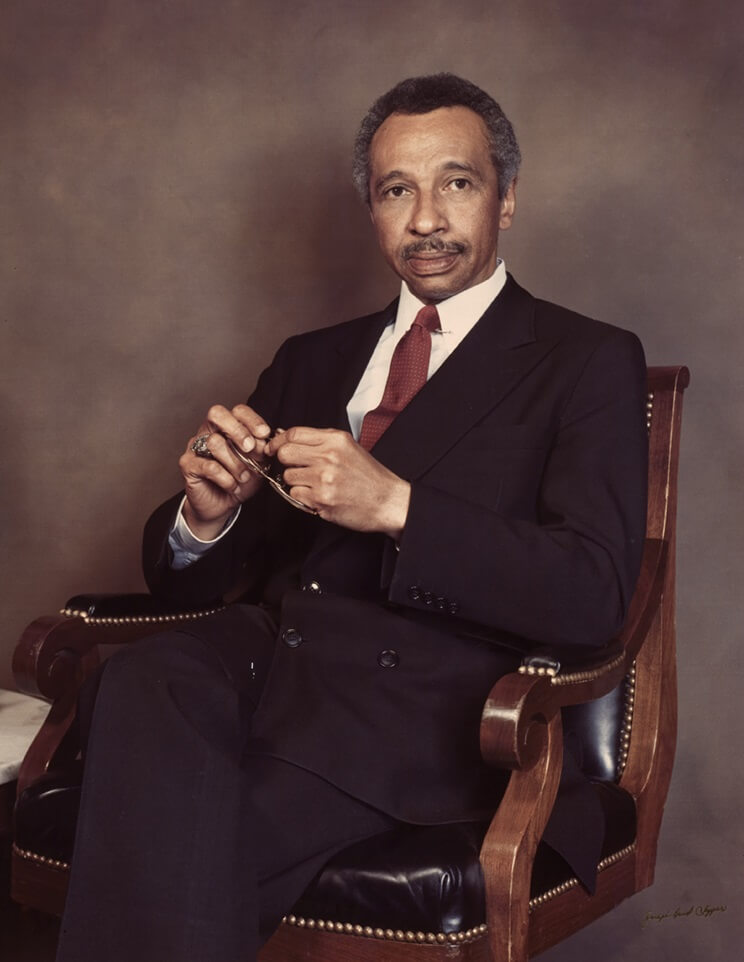 But back to the 1970 time capsule. Mitchell tried twice to decapitate Friedel in the rapidly changing 7th District, which Friedel had represented since it was established in 1952 – first in 1968, when Friedel won by 5,500 votes, and again in 1970, when Mitchell prevailed by a blink.

Originally, the 7th was one of three self-contained congressional districts within Baltimore City – the 3rd, 4th and 7th. But the “one-person, one-vote” Supreme Court rulings between 1962-64 forced a reshuffling of district boundaries as well as populations.

Friedel had been a card-carrying member of the Crosstown Democratic Club, which coincidentally was also the political clubhouse of Gov. Marvin Mandel. Previously, as Maryland House speaker, Mandel had protected Friedel’s Baltimore district as best he could during the first congressional redistricting battles. At one point, the fury almost spilled over into a fist-fight between Mandel and state Sen. Fred Malkus, of Dorchester County, over an anti-Semitic remark Malkus made during a Senate floor debate.

When word of Malkus’ remark reached Mandel at the speaker’s rostrum, Mandel, a University of Maryland welterweight boxer, marched over to the Senate chamber ready to duke it out with Malkus. But after a few challenging words, tempers cooled.

When Mitchell announced in 1970 that he would again challenge Friedel, the contest also attracted a third candidate, Sen. Carl Friedler, of Northwest Baltimore, whose name, at first glance, bore a cunning resemblance to Friedel’s – a variation on what was, at the time, a political shakedown called the “name’s-the-same” game.

Usually, for a financial consideration or some other reward, the candidate with the same name could be cajoled into abandoning the race. Or, they joined the race for the same considerations to draw votes away from the other nominal candidate.

Mandel tried both reasoning and pleading with Friedler to reconsider and drop out. Friedel argued for “one more term” before he would relinquish the seat. But there was no way Friedler could be persuaded to withdraw.

When the election was over, it appeared from the initial counting of ballots that Friedel had won another election, this one by 138 votes.

But after two weeks of recounting, and charges of fraud and vote-stealing in West and Northwest Baltimore, Mitchell was finally declared the winner by 38 votes. Mitchell won with the support of the Black majority on the city side of the district, while Friedel carried the white neighborhoods in the Baltimore County section of the 7th.

Friedel took his case to the floor of the House of Representatives. He asked for a House investigation of the election, alleging that “widespread irregularities” had contributed to his defeat. Six days later, Friedel conceded the election to Mitchell. Mitchell defeated Republican Peter Parker in the general election by 18,000 votes, and went on to serve eight terms in the House.

Mitchell retired from the House in 1986 to run for lieutenant governor on the ticket headed by former attorney general Stephen H. Sachs.

In addition to Friedel’s defeat in 1970, Fallon was also defeated in that year by Paul Sarbanes, and two years later, in 1972, Garmatz was squeezed out of office by redistricting.

As a footnote, it is interesting to recall that since the original 7th District was carved out 68 years ago, it has been represented by only four men – Friedel, Mitchell, Mfume and Cummings, and now Mfume again – a remarkable display of political staying power as well as continuity.

So what’s a person supposed to do with a million bucks she can’t legally spend on anything but politics? Why, buy more media attention, of course. Be careful, Mfume — don’t get in the way of Klacik’s cameras.