Trump has refused to concede and has made vague, unsubstantiated claims that the Nov. 3 election was tainted by wrongdoing — and the bulk of the GOP establishment has either been silent or has stood with the president.

Speaking on the Senate floor, Van Hollen said the Republican failure to accept the result of the election “reinforces this false and fraudulent claim [that is] harming our democracy.”

Democrats have charged that Trump’s refusal to concede is responsible for the General Services Administration’s unwillingness to begin transition operations or make transition funding available to the former vice president’s team. 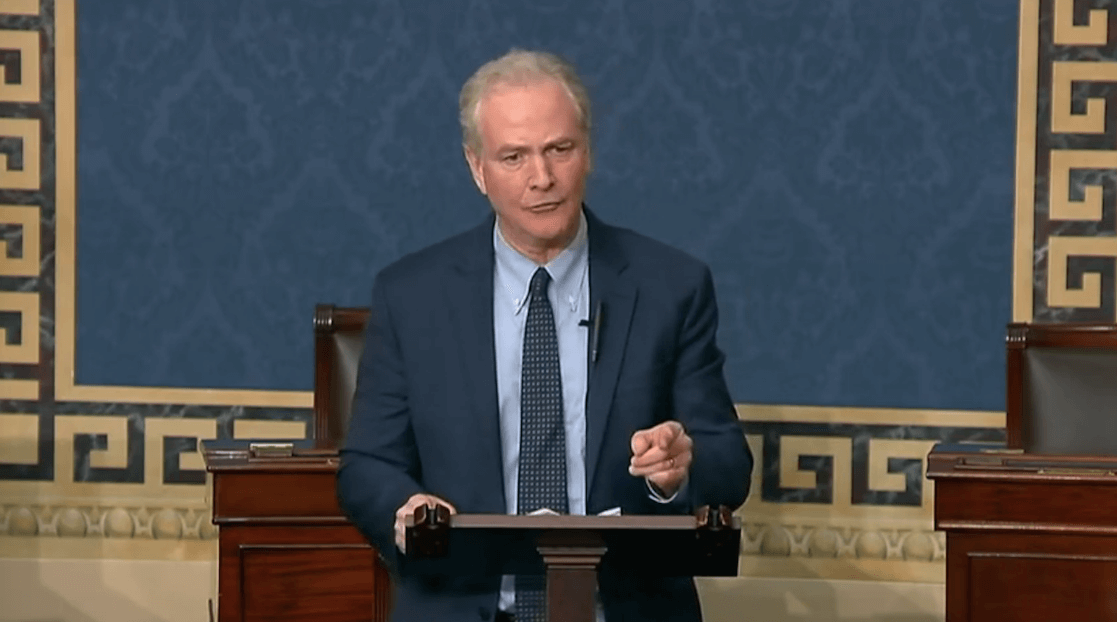 Van Hollen called that “grossly negligent when it comes to our national security … This is another gross abuse of the government, which belongs to the people of the United States, not to Donald Trump.”

“We have enough challenges protecting our democracy from foreign enemies and foreign adversaries who seek every day to undermine faith and confidence in democratic institutions – here in the United States and other democracies around the world,” Van Hollen said.

On Thursday, top GOP lawmakers said Biden should be included in daily intelligence briefings — even as they continued to refuse to acknowledge his victory.

Van Hollen, whose father served in the diplomatic corps, said Republicans were playing into the hands of authoritarian leaders around the world — most of whom, he noted, have yet to congratulate Biden on his win.

“These guys are smiling,” the Senator said of Russian, Chinese and North Korean leaders. These are “people who want our democracy to fail.”

Speaking on the day after Veterans Day, Van Hollen called Trump’s rejection of the results of the Nov. 3 balloting an affront to the country’s servicemen and women.

“The ongoing attacks that President Trump has launched on our democracy are an insult to those who have sacrificed so much to defend it,” he said. “And so, too, is the complicity of so many Republican senators right here in this body who, through their silence or active incitement, are spreading Donald Trump’s absurd false narrative that he won the election.”

Gov. Lawrence J. Hogan Jr. has been among the relatively small number of Republicans to speak out forcefully on behalf of the outcome.

“This is the way it works in America,” he added. “We cast the votes. We count the votes. And we live with the results. And I think most people realize that this election is over.”

Given the COVID-19 pandemic and the struggling economy, Hogan called it “really dangerous” for there to be uncertainty about the process. “It’s crazy. We’ve got to move on.”

Undaunted by the lack of evidence of fraud, Rep. Andrew P. Harris (R-Md.) told an Eastern Shore newspaper he is “very concerned about mail-in ballots being validated and counted while observers were denied legal access to closely watch the process.”

“This lawbreaking will likely have to be resolved by the courts. The confidence of many Americans in our vote-counting system has justifiably been shaken by these outrageous actions by election officials in these swing states,” he warned.

Harris and other members of the House Freedom Caucus have asked Attorney General William Barr to investigate “these crimes.”

A spokesman for Harris declined to explain the congressman’s comments.

Van Hollen said Americans can take comfort in the fact that there will be a smooth transfer of power next year.