As the COVID-19 pandemic begins to tighten its grip on the state once more, Maryland prepares to lose another top-ranking health official: Department of Health Secretary Robert R. Neall is set to retire effective Dec. 1.

“We weren’t ready to announce this yet today, but I can confirm we just had an emergency cabinet meeting this afternoon where Secretary Bobby Neall, who has been a long-time friend for decades and who’s done an incredible job leading a wonderful team of people throughout this crisis, he gave us notice … that he’s leaving the administration,” said Gov. Lawrence J. Hogan Jr (R) at the end of a news conference Tuesday evening.

Neall, 72, has been a part of the Hogan administration since the governor took office, serving on his transition team and as director and senior adviser for the Governor’s Office of Transformation and Renewal before assuming his role at the Department of Health in 2018.

But his career in Maryland politics didn’t begin with Hogan. Neall, a Navy veteran, has served the state over 45 years in one capacity or another, managing to maintain admirers on both sides of the aisle.

“I love him as a person who is totally devoted to the State of Maryland,” Senate President Emeritus Thomas V. Mike Miller Jr. (D-Calvert) told Maryland Matters Wednesday. “He understands its history, its economics. He knows where the state needs to be in terms of the environment.”

And he really has.

Neall began his decades-long tenure in Maryland politics as the legislative assistant to state Senate Minority Leader Edward J. Mason (R-Allegany) from 1972 to 1974 — before he was elected to the state House of Delegates from Anne Arundel County, where he served from 1975 to 1987.

In 1986, Neall ran unsuccessfully for Congress, losing to then-Rep. Tom McMillen (D) by just 428 votes. Then he served as a member of the Maryland Transportation Authority and chair of the Maryland Commission on Drug and Alcohol Abuse immediately after that.

In 1990, Neall was elected Anne Arundel County Executive and served for one term. In 1996, he was appointed to the state Senate following the death of Sen. Jack Cade (R-Anne Arundel).

“He and Jack were two of the smartest people I’ve ever met in my life,” P.J. Hogan recalled. “He had almost a photographic memory of the budget. He could remember details from years past.”

Neall, the former House minority leader, went from red to blue at the turn of the century, switching parties and becoming a Democrat in 2000. Hogan followed him later in the year.

“We were seatmates on the Senate floor and we served on B&T [Budget and Taxation Committee] together,” he said. “He switched parties in the summer of 2000. I switched in December.”

Neall left the Senate in 2003, after losing reelection to a conservative Republican. He flipped his party affiliation back to the GOP in 2006.

Between 2005 and 2014, Neall served as a member of the Spending Affordability Committee and the Video Lottery Facility Location Commission. He also chaired the State Higher Education Labor Relations Board, the Task Force to Study Implementing a Civil Rights to Counsel in Maryland and the Governor’s Salary Commission.

Neall has been a member of the University System of Maryland’s Board of Regents since 2015 and served on the Maryland Historical Trust’s Board of Trustees since 2016. Along the way, he has worked in the private sector, as an executive at the Johns Hopkins Health System.

With such a momentous career, why stop when the state has reached such a critical moment? 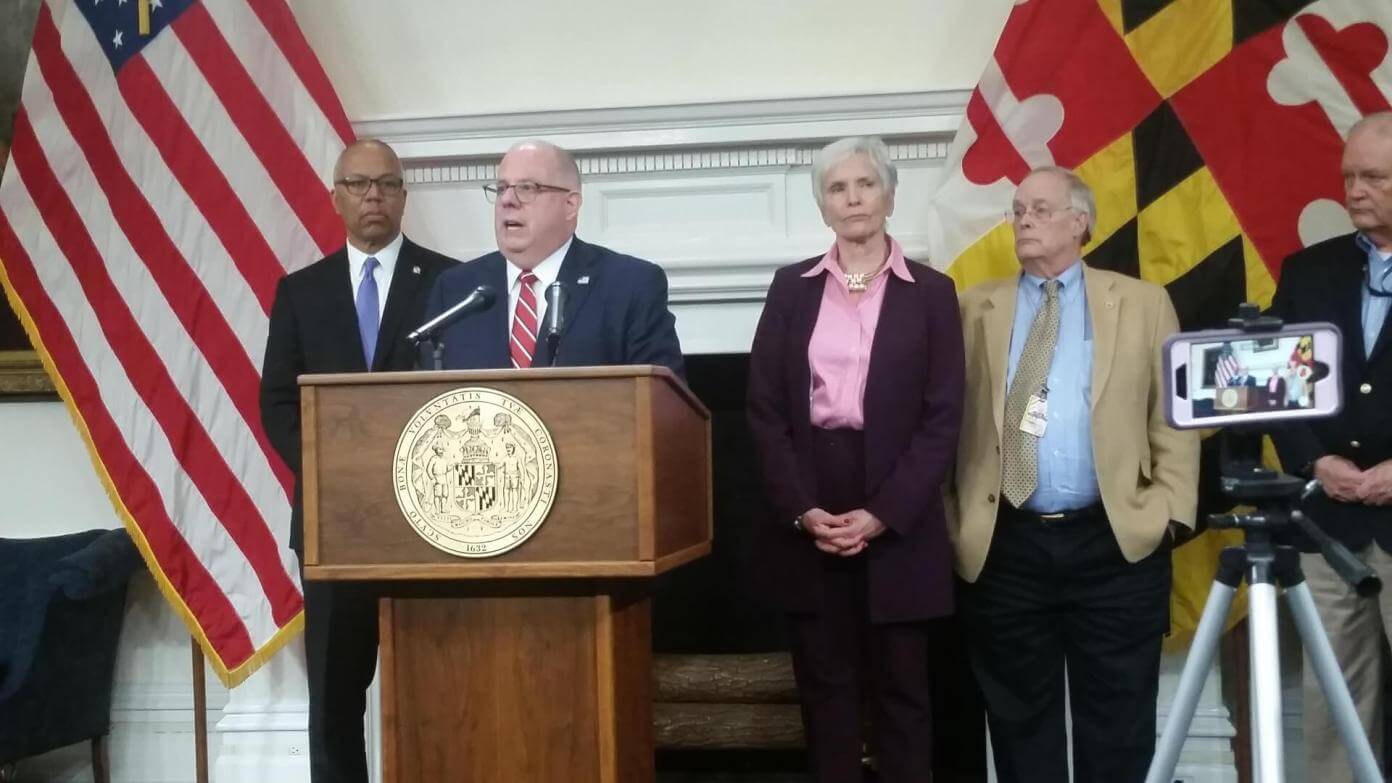 But following the retirement this summer of the state’s chief public health officer, Fran Phillips, Neall’s imminent departure in the middle of the COVID-19 is inevitably raising some questions about whether their decision to leave the administration is about something more than just professional burnout.

“Can I speculate there’s been some frustration from some health heads who don’t feel they’ve always been listened to? It wouldn’t surprise me. But I can’t tell you someone’s told me that,” said Senate Health, Education and Environmental Affairs Committee Chairman Paul G. Pinsky (D-Prince George’s). “But there’ve been some decisions that have been made in the last five months where I think it was giving in to some public will — rather than being based on science.”

Neall and Phillips aren’t the Department of Health’s only losses in 2020: Gregg Todd, the former deputy secretary of operations, who accepted a position as controller for Ingraham County, Mich., over the summer.

“Could there be a pattern here? Yes, there could be,” said Pinsky. “When [Hogan] told [local boards of education] to go back to school without having metrics, when he told the state superintendent to tell them to start sports without having a testing regimen for these kids — none. I don’t know if part of their leaving is frustration or they’re just tired.”

Neall did not respond to an email seeking comment Wednesday, and a Department of Health spokesman said he could not be made available due to the Veterans’ Day holiday.

“He won’t put anybody under the bus,” Pinsky said of Neall. “He just won’t. I’ve sometimes read between the lines where there’s been some frustration. But it’s only speculation.”

Gene Ransom, chief executive officer of MedChi, the Maryland Medical Society, told Maryland Matters that while he’s sad to see Neall step down, he believes his retirement, just like Philips’, shouldn’t have been a surprise.

“I think people need to really understand how hard it is to be a public servant in the health department, normally, but then when you put the epidemic on top of it, it’s got to be incredibly difficult,” Ransom said. “If every morning you’re waking up and starting your morning with a 7 a.m. briefing and you’re working all day and you’re dealing with operating a department, [if] on top of that you’re figuring out how to fight this public health crisis, I think it can be challenging.”

With just three weeks until Neall steps down, all eyes turn to the governor’s office as the state waits to learn of his replacement.

Neall arrived at the Health Department following a protracted stalemate between the Hogan administration, which wanted to make Dennis R. Schrader, another government veteran and political insider, Health secretary, and the state Senate, which refused to confirm him — even though Schrader’s wife, Sandra B. Schrader, is a former Republican senator.

There is some speculation in Annapolis that Dennis Schrader, who is currently the agency’s CFO, could be in line for the top job again. Steve Schuh, a former Anne Arundel County executive who has headed the Hogan administration’s fight against opioid addiction and has been tasked with being the administration’s liaison to local governments on COVID-19, has also been mentioned as a possible replacement for Neall.

Dr. Jinlene Chan has been serving as the interim public health director since Phillips retired in early August.

“Beyond Secretary Neall’s announcement coming on the heels of Deputy Secretary Phillips’, I think it’s a good one- two punch that is going to be a challenge for the governor to plug, so to speak,” Feldman said.