Charles County Democrats say they were shortchanged when Gov. Lawrence J. Hogan Jr. (R) appointed a Republican to serve as a judge on the local orphans’ court, arguing that the governor should have consulted with them before filling the vacancy.

In an email, Breck said she could not comment.

Ellis told Maryland Matters that the governor moved too quickly in appointing Dotson after Berry resigned. He said local Democratic officials didn’t have time to recommend any potential nominees before the governor nominated Dotson.

“Within a week of the resignation of the judge, there was an appointment from the governor,” Ellis said.

The Orphans’ Court is the chief probate court in the state of Maryland.

Ellis described Dotson as the “subject of controversy” and said he’s received calls from constituents with concerns over the appointment. He said there is “vast opposition” to Dotson’s appointment locally. 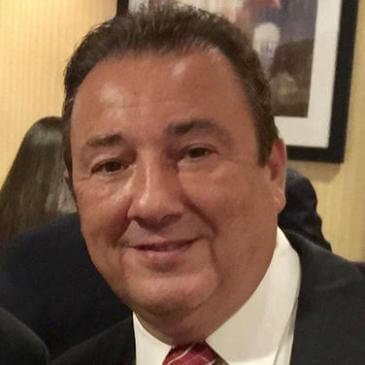 When reached for comment Monday night, Dotson said his former political opponent was mistaken about how orphans’ court appointments work in Maryland. Dotson said he was “very disappointed” that local Democrats were questioning his appointment by the governor, and characterized the criticism as solely political.

He slammed Ellis for a “consistent lack of knowledge,” and charged that the senator was once unable to correctly name the county seat of Charles County.

“This tells you about the depth of his knowledge,” Dotson said.

Those appointments need to be confirmed by the state Senate, but the state constitution stipulates that the governor’s appointments during a recess last until “the next session of the Legislature, or until some other person is appointed to the same office.”

In other words, Ellis and his colleagues will have the opportunity to vote on Dotson’s nomination during the 2021 General Assembly session, which begins on Jan. 13.

Proctor said Hogan consulted with central committees in other counties when orphans’ court vacancies opened up in the past, and argued that the governor should’ve reached out to Democrats in Charles County before appointing a new judge.

“In 2017, a seat in the Alleghany [sic] Orphans Court became vacant due to the resignation of a predecessor in which [Gov. Hogan’s office] reached out to the Alleghany Central Committee for recommendations. This gave the Alleghany [Republican] Central Committee the right and opportunity to be a part of the selection,” Proctor said in a news release. “Since Alleghany County was afforded the opportunity to recommend a successor to the orphans’ court seat when it was vacant, Charles County should be afforded the same right to select a Democrat to fill the Democratic vacant seat…with a candidate that has integrity, values and good judgement.”

A statement from the governor’s office was not immediately provided Monday evening.

Ellis and Dotson were contentious opponents in 2018.

Ellis had stunned the political world by upsetting Senate Finance Committee Chairman Thomas M. “Mac” Middleton in the Democratic primary. Three weeks later, Charles County Republicans substituted their Senate nominee with Dotson, who had won the nomination for a House seat — on the theory that he would be a stronger opponent to Ellis and that disaffected Middleton supporters would turn to the GOP.