A trio of pumpkin giants will be on display downtown in the state capital through Halloween, nonprofit leader Erik Evans says. He estimates that the crops weigh between 1,000 and 1,500 pounds.

“We wanted to bring some fall cheer to Annapolis and encourage people to get out, take a stroll through downtown and take pictures with their family,” Evans said in a press release. 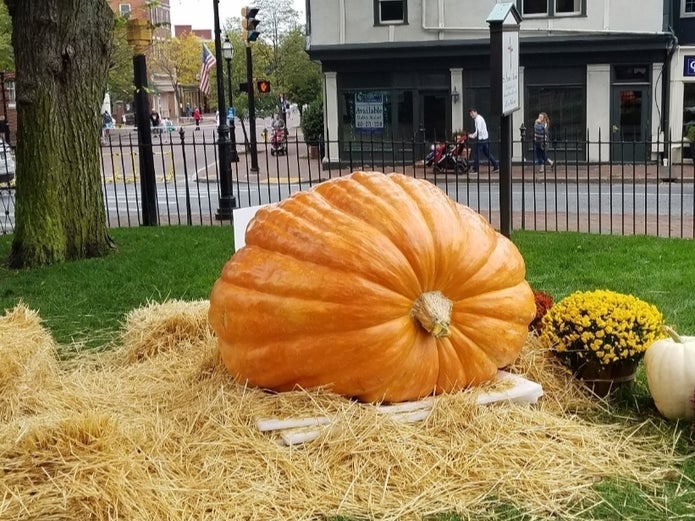 Community activist Bumper Moyer and his buddies Joe Gormley and Brian Cahalan picked the pumpkins out. They brought the crops home from a pumpkin patch in Western Pennsylvania that specializes in growing large produce. They also reeled in a 100-pound watermelon, according to Evans.

The pumpkins are located near Lemongrass Restaurant, St. Anne’s Church and the corner of Main Street and Market Space. Evans encourages visitors to take pictures by the pumpkins and post them to social media using the “#GreatAnnapolisPumkin”.

The effort to drive residents to local eateries comes as small businesses continue to recover from coronavirus shutdowns.

Evans is the executive director of the Annapolis Arts District, the Downtown Annapolis Partnership and the Inner West Street Association.

To see the story by Jacob Baumgart as it originally appeared on Patch.com, click here.

A central issue in funding dispute is a provision called the “education effort adjustment,” which directs state money to underfunded local school districts.