“You have two things against you — you’re Black and I have a badge.” That is what a Baltimore detective said to Ransom Watkins while interrogating the 16-year-old for a murder he did not commit.

Ransom and his friends Alfred Chestnut and Andrew Stewart were visiting Harlem Park Junior High on the same day that a student was shot and killed. Police focused on the “Harlem Park Three” as suspects, despite evidence that someone else committed the crime. Detectives questioned the teenagers separately, without their parents, but they maintained their innocence. Police pressure eventually led other teenagers to identify the Harlem Park Three as the killers.

Watkins, Chestnut and Stewart spent 36 years in prison before the truth came out. Decades after the crime occurred, a previously hidden police report emerged pointing to a different shooter. With the help of the Baltimore City state’s attorney, Mid-Atlantic Innocence Project and Office of the Public Defender, the Harlem Park Three, received a “writ of actual innocence” and walked free last November.

The case shows that police are taking Black lives not only on the streets, but also in courtrooms through wrongful convictions. Two-thirds of exonerations in Maryland involved police misconduct. A single Baltimore detective was involved in four wrongful convictions that cost taxpayers over $22 million. 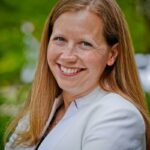 The governor and lawmakers have the power to hold officers accountable and heal victims of police misconduct. They should change Maryland’s laws to remove secrecy around officer disciplinary records and to fairly compensate exonerees.

Maryland is one of 20 states that bars public access to police misconduct files. Typically, this information is shielded from everyone except for police department internal affairs units. Judges and juries often don’t know if officers involved in a case have a history of lying, coercion or other abuses that lead to wrongful convictions. Without this information, they cannot make accurate assessments about guilt and innocence.

States including Georgia, Arizona, New York and Connecticut provide open access to these records. That includes all complaints filed against officers, investigative findings from internal affairs and any resulting disciplinary action. While some states require disclosure only if an officer was disciplined, that is not enough. To feel confident that police agencies can police themselves, communities need full access to all allegations that are filed, regardless of the outcome.

Exonerated victims of police misconduct also deserve fair compensation. Maryland has one of the most restrictive laws in the country, and the Harlem Park Three are among the few exonerees who have been compensated. Eligibility is limited to those exonerated under the writ of actual innocence law, and who receive a certification from the local state’s attorney or a pardon from the governor. 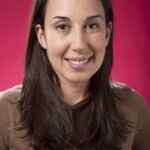 However, there are several other ways to overturn a wrongful conviction in Maryland. Most innocent people do not have support from a prosecutor or the governor. For example, Demetrius Smith was framed by two Baltimore detectives for a 2008 murder. While Smith was in prison, a federal investigation revealed the identity of the actual perpetrator, who had gone on to commit additional crimes. There is no doubt that Smith is innocent because the actual killer has been convicted. Still, the law blocks him from being compensated because he was not exonerated with the writ of actual innocence.

This year, legislation was introduced to make compensation based on proof of innocence, rather than the specific way that a person was exonerated. While the law unanimously passed in the House of Delegates, two state senators derailed it as the pandemic got worse and lawmakers rushed to end the legislative session.

Police misconduct has taken too many innocent Black lives both inside and outside of the courtroom. The governor and lawmakers can create real accountability by opening police disciplinary records and fairly compensating exonerees.