The long-debated possibility of statehood for Puerto Rico is gaining traction — a development sure to be watched closely by the more than 1 million members of the Puerto Rico diaspora who make their homes in Florida, not to mention the 5.8 million in the U.S. mainland, including the 37,000 in Maryland.

Yet even though Democratic presidential nominee Joe Biden is a backer of statehood, as are top Democrats in the House and Senate and some Florida Republicans, it’s unclear how much of a priority Puerto Rico would be if Democrats take control of the White House and Congress. The drive is complicated by a separate but often-paired push for statehood for the District of Columbia.

Both Biden and President Trump also have zeroed in on the island’s residents — though they can’t vote in the presidential election — in a bid to get them to influence the decisions of friends and relatives in Florida, a crucial swing state.

Advocates stress that statehood for Puerto Rico would mean Americans on the island could vote in presidential elections, have quick access to federal aid in crises and gain full representation in Congress. “Puerto Ricans get treated in many ways like second-class citizens,” U.S. Rep. Darren Soto (D-Fla.), who has introduced his own bill setting forth a process of admission for the island, said in an interview.

Statehood would not only affect the more than 3 million island residents, but also tighten the ties to those who have settled on the mainland. While New York still has the largest population of Puerto Ricans, the Puerto Rican population in Florida exploded by about 76% from 2000 to 2010, and by another 24% between 2010 and 2016, according to the University of Florida’s Bureau of Economic and Business Research.

Puerto Ricans will decide first. America’s largest colony will hold its sixth non-binding referendum on Election Day, asking its residents whether Puerto Rico should be admitted as a state.

The island has suffered from 122 years of colonization resulting in an economic recession for the past 14 years, a slow federal response to the devastation from Hurricane Maria in 2017 that killed more than 3,000 people and little federal aid for the thousands of earthquakes that hit Puerto Rico late last year and early into 2020.

Hurricane Maria led many Puerto Ricans to flee to central Florida cities such as Orlando and Kissimmee. Biden outlined his plans for Puerto Rico while holding a campaign event in Kissimmee.

Puerto Rico has also experienced other atrocities in its history.

Between the 1930s and 1970s, more than one third of women in Puerto Rico were sterilized in a secret eugenics campaign led by the U.S. government as a way to reduce the unemployment rate on the island by targeting working class women, according to reports by the Committee for Puerto Rican Decolonization, which is a United Nations initiative devoted to decolonization. During the 1950s, poor women on the island were used as experiments in the first birth control trials without their knowledge, PBS has reported.

Since 1917, people living in Puerto Rico have been granted U.S. citizenship, but are not allowed to vote in presidential elections despite paying federal taxes for Social Security and Medicare.

Their congressional representation is only one non-voting member, Republican Rep. Jenniffer González-Colón, in the U.S. House. 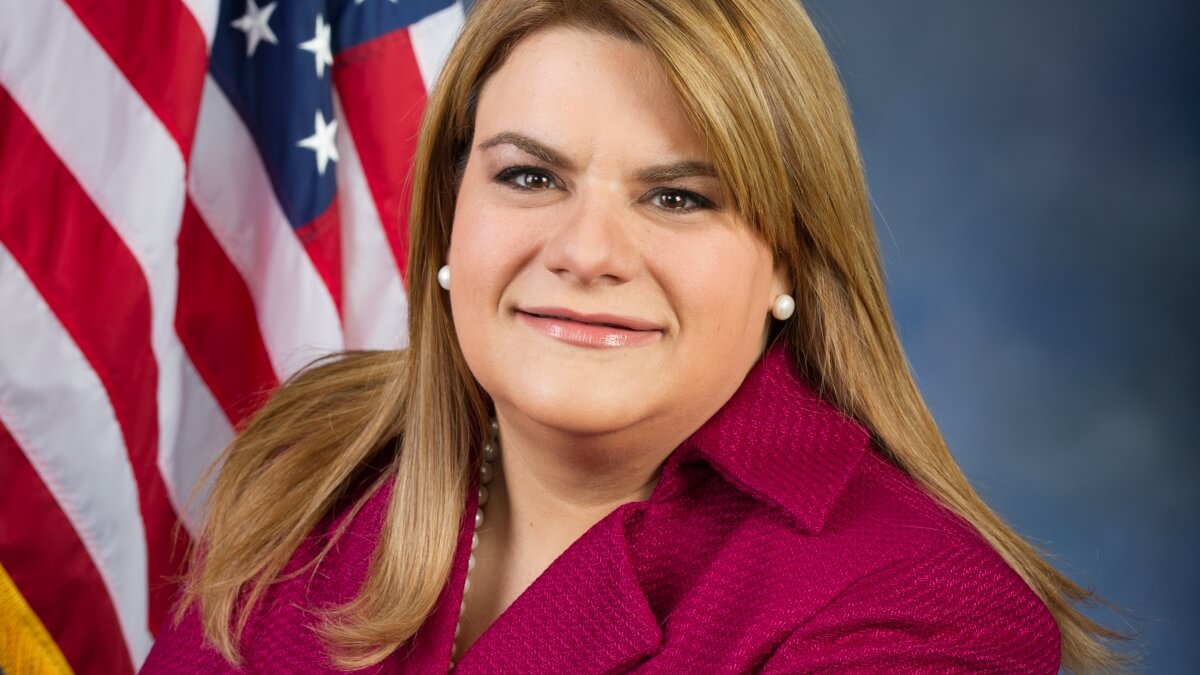 The decision about statehood is one that’s essentially up to the people of Puerto Rico, said Carlos A. Suárez Carrasquillo, a University of Florida political science professor.

But another factor that the U.S. needs to consider about statehood is if Americans on the mainland are ready to accept a predominantly Spanish speaking state, Suárez said. With xenophobic and racist language from the president about Latinos, Suárez wonders if the U.S. is ready to fully embrace Puerto Rico and its culture.

He points to the rhetoric from Trump, who has called the island “dirty,” “poor” and corrupt, according to reports in The Miami Herald. The president declared that statehood for Puerto Rico is an “absolute no,” after San Juan Mayor Carmen Yulín Cruz criticized him for his slow response to helping people on the island after Hurricane Maria, according to The Associated Press.

“With the mayor of San Juan as bad as she is and as incompetent as she is, Puerto Rico shouldn’t be talking about statehood until they get some people that really know what they’re doing,” Trump said during a 2018 radio interview with Fox News’ Geraldo Rivera.

Puerto Rico’s Gov. Ricardo A. Rosselló stepped down after hundreds of homophobic and misogynistic messages from the governor and his inner circle were leaked and then reported by Puerto Rico’s Center for Investigative Journalism.

“Is the U.S. willing to have a Caribbean Latin America state?” Suárez asked. “Are they culturally willing to deal with that?”

In Congress, statehood for Puerto Rico would result in two new senators and four representatives to the House. If the District of Columbia gains statehood at the same time, that would mean another two senators and one additional House member.

Projections are for five states to each lose one seat in the House after the 2020 Census is completed. They likely would include New York, Florida, Texas, Montana and Illinois, two political scientists at Texas A&M University, Dudley Poston and Nicole Farris, said.

But it’s unclear if statehood for Puerto Rico would be top on the agenda for Democrats if they take the White House and Senate.

House Speaker Nancy Pelosi (D-Calif.) has said that passing a sweeping campaign and anti-corruption reform bill is her first legislative priority for the next Congress, said Rep. John P. Sarbanes (D-Md.), who is at the helm of the reform package. 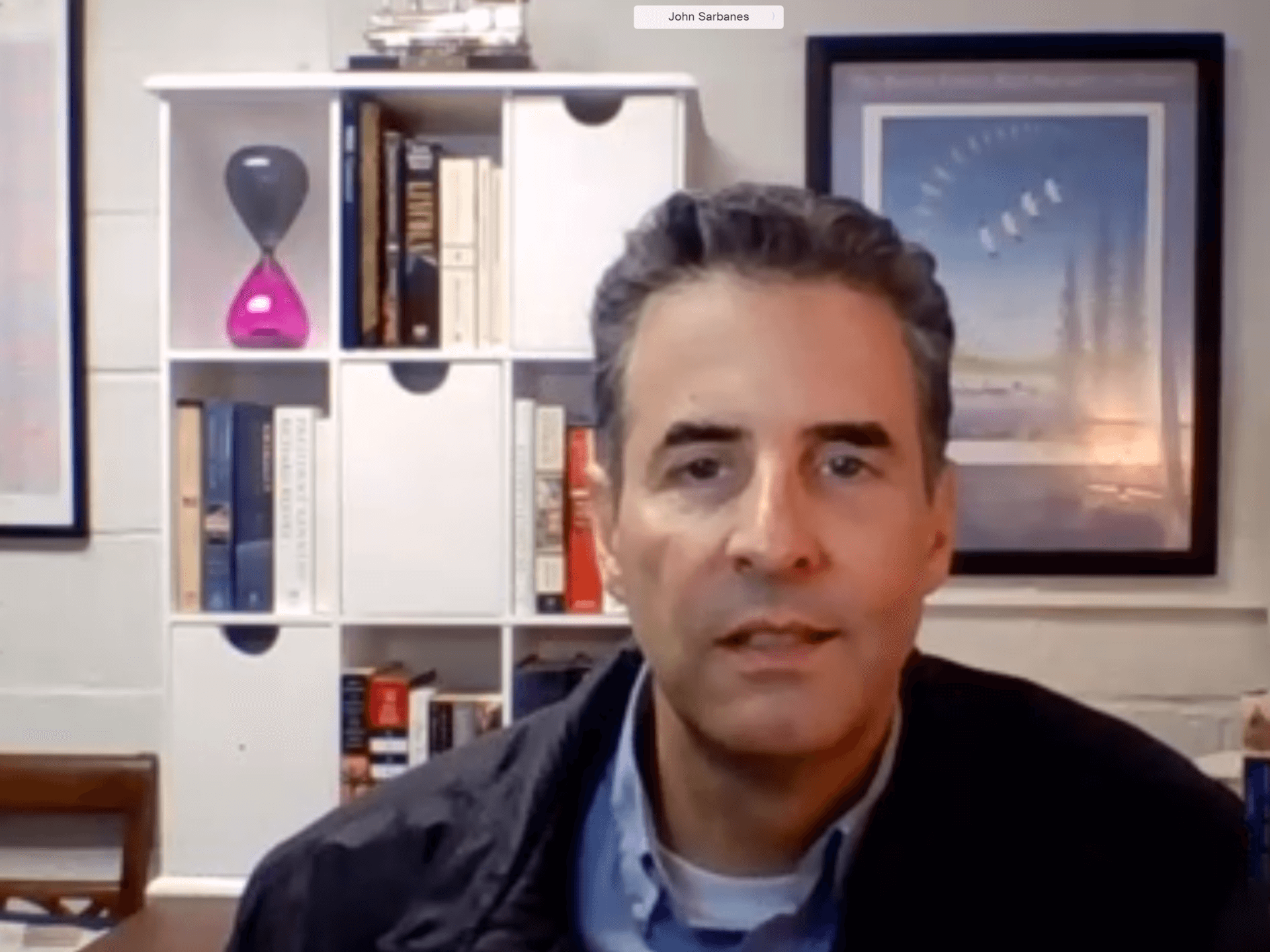 “The H.R. 1 bag is packed and by the front door,” Sarbanes said in a recent interview with Maryland Matters, referring to the legislation number. “If we win the election, we have to grab it and get it ready to go.”

And the District of Columbia might be the one to become the 51st state, as the House passed a bill this June that would grant D.C. statehood. It’s a city with a large Black population that tends to vote for Democrats.

“Washington, D.C., will almost certainly be Democratic,” Poston said of statehood for the District.

Soto, who is the first Puerto Rican representative elected in Florida, and whose district contains a large population of Puerto Ricans, said that Pelosi is aware of the growing support for making the island a state.

“The path to statehood is taking shape very quickly after a hundred-plus years of debating over this question,” he said.

With Florida a crucial swing state in the race for the presidency, the Biden campaign even released advertisements in Puerto Rico urging residents to tell their family and friends on the mainland to vote.

“With your vote over there, you help us here,” the ads announce.

Many Puerto Ricans are skeptical the island’s status would change, said Mayra Vélez Serrano, a political science professor at the University of Puerto Rico.

She adds that during the Obama administration, Democrats controlled the Senate and House, yet statehood failed to advance.

The Clinton administration repealed a controversial corporate tax break enacted in 1976 that allowed manufacturing industries to avoid paying income taxes on profits incurred in U.S. territories, such as Puerto Rico. President Clinton signed a tax reform law in 1996 that would phase out the tax incentive over 10 years. A decade later, Puerto Rico fell into a massive recession and has not recovered since.

“We don’t have political power in Washington,” Vélez said. “We couldn’t stop those changes in the tax code.”

The island has a poverty rate of 44% and the unemployment rate is 2.5 times higher than the national average, according to the U.S. Census.

The 2006 recession eventually led to Puerto Rico’s debt crisis of nearly $70 billion. The Obama administration created a financial oversight board in 2016 that was made up of unelected officials that governed the island and controlled its funding.

“It actually took away some of Puerto Rico’s autonomy,” Vélez said about PROMESA. “Under the Democrats we even became more colonized.”

She adds that another issue that lawmakers in Washington have to consider is Puerto Rico’s political ideology.

“We have a lot of people that are very conservative,” she said. “It’s very unlikely that we’re gonna be a solid blue state. I think Democrats know that, too.”

Pedro Cabán, a professor of Latin American, Caribbean and U.S. Latino Studies at the University at Albany-SUNY, said he’s skeptical that the U.S. would want to add Puerto Rico as a state because of its large Latino population. He points to the history of how Arizona and New Mexico became states.

“The United States goal was always to eliminate and displace indigenous Mexican populations and replace them with Anglo farmers,” Cabán said of Arizona and New Mexico.

But he said what happened to Arizona and New Mexico isn’t going to happen to Puerto Rico because it’s not a settler colony and the roots of its culture run deep and would be adverse to cultural change.

And it’s no surprise, really. A 2018 study found that a majority of Puerto Ricans still descend from the indigenous population of the island, the Taínos. They were one of the first and largest indigenous groups in the Caribbean to suffer genocide from European colonization.

Puerto Ricans’ survival of slavery, Western disease and genocide is due to their mixed ancestry made up of the Taínos, Spanish colonizers and the African slaves they brought, the study found.

“Despite the efforts of Puerto Rico’s elite white class to create this notion of almost a modern Puerto Rico, a cosmopolitan one,” said Cabán, “Puerto Rico as a nation really hasn’t changed.”

“That’s a form of resistance and resilience that some people never really look at,” he said.