The House Workgroup to Address Police Accountability in Maryland voted to recommend full repeal of the Law Enforcement Officers’ Bill of Rights at its final meeting Thursday.

“I was on a police reform group 20 years ago and we were not able to repeal [the LEOBR], so the idea that I’m here 20 years later actually getting it done — thank you,” Del. Debra Davis (D-Charles) said to workgroup Chairwoman Vanessa E. Atterbeary (D-Howard) after voting for repeal.

The recommendation passed on a 9-5 vote.

The Law Enforcement Officers’ Bill of Rights provides special due process protections for officers during internal investigations and lays out a fixed misconduct investigation process for all police departments in Maryland.

If that law is repealed through the next legislative session, law enforcement officers still would have the same due process rights that other public employees have, as outlined in the Maryland State Personnel and Pensions Code.

Maryland was the first state to enact a Law Enforcement Officers’ Bill of Rights, and is just one of 16 states that retain such a law.

“I would argue that Maryland provided the blueprint to America on how to protect corrupt and racist cops by passing the Law Enforcement Officers’ Bill of Rights and providing these kind of undue and unnecessary protections for law enforcement officers that ordinary citizens do not have,” said Del. Gabriel Acevero (D-Montgomery). 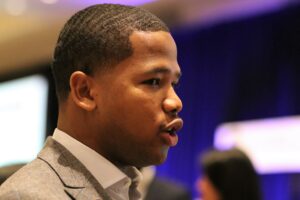 “It continues to be a point of contention.”

Advocates and reform-minded lawmakers have been calling for a repeal of the Law Enforcement Officers’ Bill of Rights for years, and the cry has intensified as more instances of police violence have gained national attention.

Ahead of Thursday’s hearing, the ACLU of Maryland released a list of five “necessary police reforms,” cosigned by dozens of advocacy organizations across the state, which collectively have been dubbed the Maryland Coalition for Justice and Police Accountability.

The first demand on their list: “Repeal in full the Law Enforcement Officers’ Bill of Rights.”

“In the midst of the social unrest of the past few months, several demands have emerged as a consensus among those of us that have been pushing for true police accountability,” the coalition wrote in a statement. “Chief among these demands are changes to the Maryland Public Information Act that would disclose police investigatory records, and repeal of the Law Enforcement Officer Bill of Rights, which essentially allows police to police themselves.”

Law enforcement advocates have done a lot of hand-wringing over the possibility that the Law Enforcement Officers’ Bill of Rights might be repealed, wondering what the disciplinary process would look like across the state’s 148 police agencies.

Del. Michael A. Jackson (D-Prince George’s), the lone dissenting Democrat and the only member of the workgroup with a background in law enforcement, voted against the repeal. 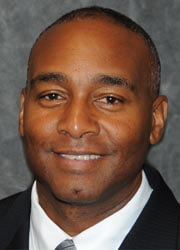 He said that there are “segments” of the law as it stands that he thinks are worth discussing and explaining to the public.

“I would really think that the public, who we serve, would be served better if they knew what pieces that we were looking at and things are explained to them,” Jackson, who was Prince George’s County sheriff from 2002 through 2010, said in explaining his vote. “Some know about LEOBR, some do not.”

Del. Jason Buckel (R-Allegany) agreed with Jackson, and added that repealing the Law Enforcement Officers’ Bill of Rights with no plan for a replacement would be foolish.

“I think it’s a mistake to have a full repeal of LEOBR without really putting something specific in place to replace it at this time,” he said.

In another recommendation approved Thursday, the House workgroup laid out a series of accountability measures to be enacted if it is repealed.

Police reform and accountability for all

The workgroup finalized a list of 12 recommendations ahead of the next legislative session. Many of them reflect the Maryland Police Training and Standards Commission’s use of force best practices, and several echo bills drafted by members of the Senate Judicial Proceedings Committee.

Recommendation 1: Require all police departments to deploy body-worn cameras by Jan. 1, 2025. And agencies are to submit annual reports to the General Assembly regarding body camera acquisition.

Recommendation 2: Enact a statewide use of force statute that includes the following standards: 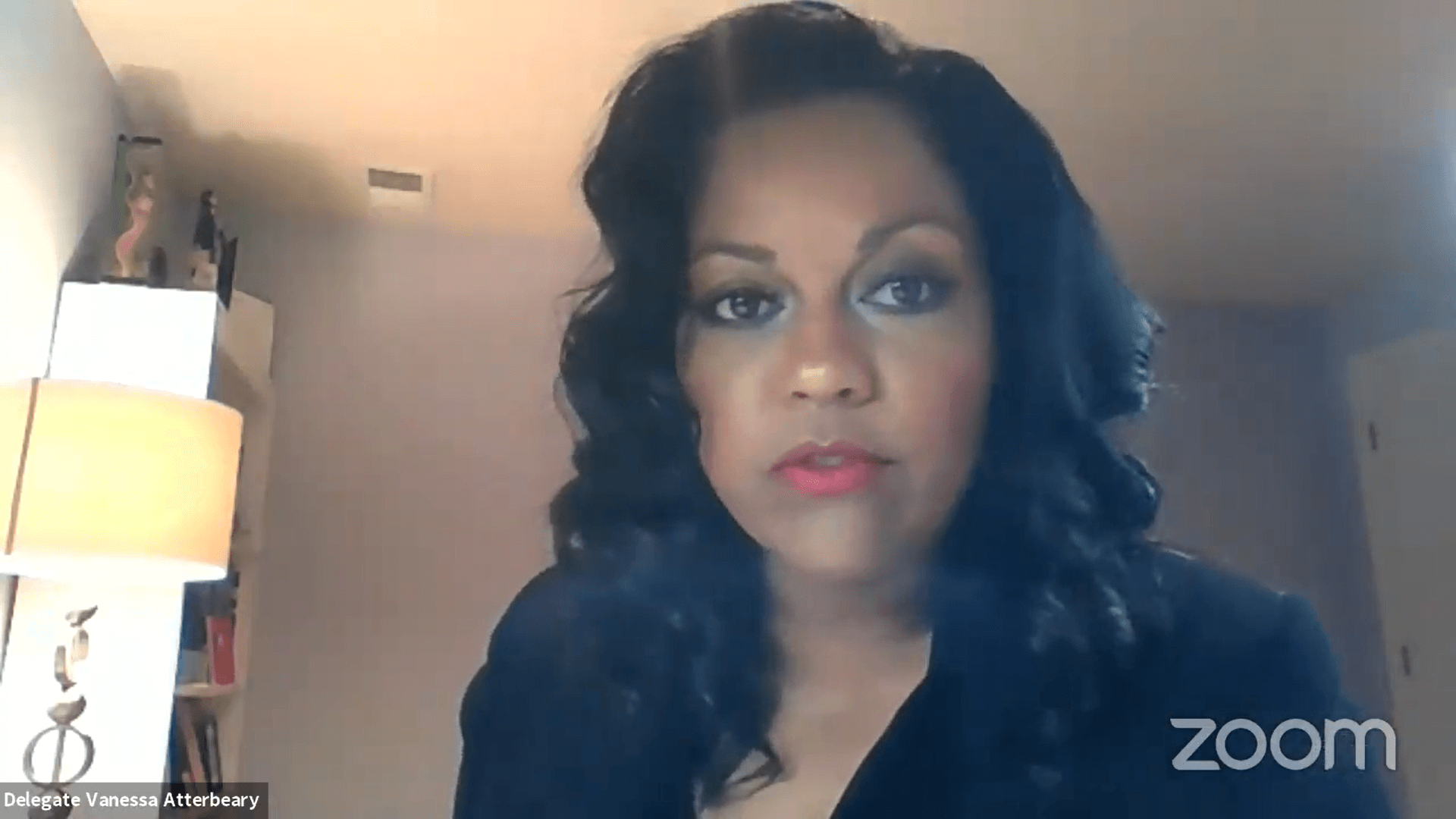 Recommendation 5: Require mental health screenings and assessments prior to hiring any officer and require officers to be reevaluated periodically by a certified mental health professional.

Recommendation 6: Prior marijuana use could no longer be used as a disqualifying factor in the hiring process for prospective officers.

Recommendation 7: Return control of the Baltimore City Police Department to the city.

Recommendation 8: Initiate a study to determine what types of calls for service can be diverted from police to other community resources.

Recommendation 10: Establish a scholarship for college students to take courses geared towards criminal justice. After graduating, scholarship recipients would be required to commit to serving as a law enforcement officer for a specified period of time.

Recommendation 12: Establish rules of accountability for law enforcement agencies to follow during internal investigations, including:

Before adjourning, Atterbeary said that the recommendations will be recorded and distributed to workgroup members for comment.

“I think we have made some really strong recommendations that are going to move Maryland forward in terms of police reform and police accountability for all — particularly minorities — here in the state of Maryland,” Atterbeary said.

While Saab’s lawsuit targets Gile, the mailers in question were sent out by the Maryland Democratic Senate Caucus Committee, not Gile’s campaign.