2020 has been a year of moral reckoning.

The Black Lives Matter protests of this summer raised awareness of structural racism in the United States and saw monuments to a fabled past brought down. While the history of inequality for African-Americans can be traced to 1619 when the first enslaved Africans were brought to what is now the United States, another landing made six score and seven years earlier in 1492 — by Christopher Columbus — and the holiday that celebrates it, must also now be reconsidered and, in our view, reframed and renamed.

The myth of Columbus

Since our founding, our nation has celebrated Christopher Columbus discovering North America without him ever having stepped a foot on our continent. The United States’ Founding Fathers claimed him as a non-English discoverer of a new land and honored his legacy by placing our capital in the newly-established District of Columbia. In time, a larger mythology developed around Columbus and it became an important part of the country’s idea of Manifest Destiny and the Doctrine of Discovery, which still provides the legal underpinnings of the United States of America’s sovereignty over indigenous peoples.

But what we rarely learned in school is the depth and breadth of the genocide Columbus and other “discoverers” wrought in the “West Indies” — the misnamed islands which were, in fact, inhabited by Taino people with their own culture, language and way of life. Felled by battles with Spanish soldiers, smallpox, and slavery, more than 85% of the indigenous populace was wiped out a few decades after the first contact with European invaders.

Columbus’ own cruelty towards the indigenous people led many of his contemporaries to speak out against his inhumanity. Although he arrived as a brave explorer, he returned to Spain in chains.

In spite of this cruelty — and the centuries of violence and injustice that followed — the impact of Indigenous Peoples’ resilience is evident throughout American history, and their history and contributions are worthy of commemoration.

Some have argued that celebrating Columbus Day is a way to celebrate Italian-American heritage. We believe there is value in lifting up the many Italians and Italian-Americans who have contributed to our country’s leadership in civil rights, arts, medicine, academics, journalism, and labor organizing, among other areas. Columbus Day does not do that and we encourage and support new ways of honoring these contributions.

As Marylanders, we find ourselves at a crossroads: as we look back on our difficult past, how do we carve a pathway to greater inclusion and equity? How do we reconcile both the myths and accomplishments of our past with the reality of a history of imperialism and colonialism grounded in oppression and exploitation? 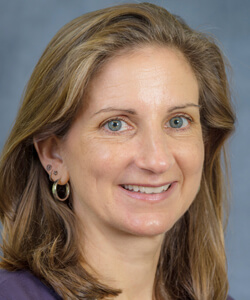 We believe that reconciliation begins with a fuller understanding and requires truth-telling about our history. We must now create new ways to celebrate the varied peoples and cultures in our state, while resisting the glorification of historical figures whose legacy of murder, discrimination, and degradation should be analyzed and understood for the centuries of oppression that they began.

Recently, Maryland began the necessary reframing of symbols of the past to reflect more accurately our current beliefs and values. We took down the statue of Supreme Court Justice Roger Taney, who drafted the majority opinion in the infamous Dred Scott case, and removed the Confederate soldiers plaque from the State House. We honored the great legacies of Harriett Tubman and Frederick Douglass with bold statues in the State House. We are also hopeful that the state will adopt a new song to replace our current racist one. 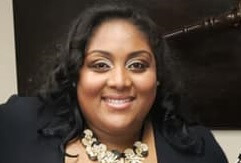 We can take another important step along this path and celebrate the vibrant culture and history of the three tribes officially recognized by the State of Maryland — the Piscataway Indian Nation, the Piscataway Conoy Tribe, and the Accohannock Indian Tribe — and the many other indigenous people who have been here in the past and continue to live in our state.

Pledge for a new America

We call on fellow Marylanders to take this Monday, Oct. 12, to reflect on Columbus’ legacy as part of a brutal beginning of 500 years of oppression and the plight — and resilience — of Indigenous Peoples throughout the Western Hemisphere. Our work to dismantle structural racism and address this legacy must also take the form of substantive policy changes. One concrete symbol of our commitment to this path is to change the name of this holiday.

Please support us in the 2021 Legislative Session as we bring forward legislation, as many other states and localities have already done, to change Columbus Day to Indigenous People’s Day.

The writers are Democratic members of the House of Delegates representing Montgomery and Prince George’s counties, respectively.