One of the fastest growing companies in the country is located in Maryland — and unless you’re a mystery game buff who is willing to shell out $30 each month for a box of clues to a make-believe murder, you’ve probably never heard of it.

The company, called Hunt A Killer, was founded in 2016. According to the firm’s website, it began as “an annual immersive thriller event at Camp Ramblewood, Md. Participants would work in teams to solve a weekend-long murder mystery.”

Although the event saw some initial success, co-founders Ryan Hogan and Derrick Smith realized that their dream of revolutionizing the entertainment industry could not come to fruition through a once-a-year event.

That’s when they took notice of the growing popularity in subscription boxes and saw an opportunity. And their decision to shift their focus is paying off handsomely.

Hunt A Killer ranked 6th on the Inc. Magazine list of the 5,000 Fastest Growing Private Companies in America, released on Tuesday.

The Baltimore firm is one of 149 Maryland companies to make the Inc. list.

Not to be confused with Maryland’s largest private employers — Giant Food, Johns Hopkins, MedStar Health, Black & Decker, Verizon — the Maryland businesses on this list are among the fasting-growing companies in the country.

Among the other Maryland firms seeing massive growth:

Nearly 3% of the companies on the Inc. list are located in Maryland, an impressive showing for a state that has less than 2% of the country’s population.

“Most of the entrepreneurial successes go unnoticed,” said Anirban Basu, chairman of the Maryland Economic Development Commission. “It is remarkable how many great things are happening in Maryland of which people are simply unaware.”

Of the 149 Maryland firms on the Inc. 5000 list, 45 are in government services. IT and software firms account for another 41.

“What Maryland is doing is really providing the space for start-up companies and what I would call futuristic companies,” said David C. Harrington, president of the Prince George’s County Chamber of Commerce.

“The normal pathway is to go after the Amazons and things like that,” he added. “But we’re beginning to attract avant-garde and innovative companies as start-ups, and provide space for them to grow. And I think that’s smart, because that’s where the job creation is going to be.”

The 149 Maryland firms on the Inc. list accounted for $4 billion in revenue last year. The firms had a median growth of 148% and were responsible for 8,425 new jobs.

The companies are evenly divided between the Washington, D.C., suburbs (75) and the Baltimore metro region (71). The rest are scattered elsewhere.

While most are in government services and IT, Maryland also has growth leaders in health, consumer products, construction, business services and marketing.

Of the five fastest-growing, one — mPower — is a certified Woman-Owned Small Business, and another — Ad hoc Research — is veteran-owned.

“For many years we have wondered why Maryland is under-represented in initial public offerings, patents, and other indicators of intellectual property development,” he added. “What appears to have happened is that after many years of seeding the territory with grants for entrepreneurs, with technology incubators and other inducements to entrepreneurship, Maryland’s entrepreneurial eco-system appears to, at last, be thriving.” 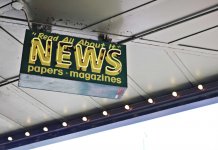