Even Republican members of the committee, who earlier in the week were harsh critics of the hearings, said there could be some sort of reform.

“I just really would encourage my colleagues to look at the option of a revised LEOBR,” Sen. Robert G. Cassilly (R-Harford) said. “I think there is room for revision, there is room for tightening this thing up, and it does serve Sen. Carter’s objective of having police being accountable.”

Thursday’s hearing, conducted online, focused on the Law Enforcement Officers’ Bill of Rights (LEOBR), which provides uniform due process protections for law enforcement officers as they face investigation and interrogation for alleged misconduct.

Maryland, which created the blueprint for the Law Enforcement Officers’ Bill of Rights in the early 1970s, is one of 16 states that still employ the statute.

Sen. Jill P. Carter (D-Baltimore City) sponsored both bills heard Tuesday: the first seeking to reform the Law Enforcement Officers’ Bill of Rights; the second seeking to strike it down. 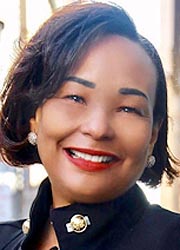 “It’s been a long road, and the thing that I’d like to ask of this committee is that you come with an open mind and not be on a certain side,” she said before introducing her bills. “There is no such thing as pro-law enforcement or anti-law enforcement. This is all about our responsibility to represent and serve people.”

At the committee’s first hearing earlier this week, Carter said that she introduced more than 30 pieces of police reform and accountability legislation between 2013 and 2020, but only two passed both chambers.

She tried many times to amend or repeal the Law Enforcement Officers’ Bill of Rights, and she detailed those attempts for the committee Thursday afternoon. Her first try at reform was 11 years ago.

“I want to make it clear that [the] bills didn’t die — they were not voted down. They were simply not given a vote,” said Carter in a phone interview with Maryland Matters Thursday morning. “That is so completely unacceptable.”

To reform or repeal? That is the question.

Carter’s bill to reform the Law Enforcement Officers’ Bill of Rights seeks to change a number of procedures mandated by that law.

Complainants wouldn’t be required to sign or swear to the validity of their complaints under penalty of perjury and a third party could file in their absence. The deadline to file a misconduct complaint would be extended from 366 days to three years. Investigating officers would be able to subpoena witnesses and records.  And the time that officers have to seek counsel before they are questioned would be reduced from five days to three.

Opponents of Carter’s reform proposal said they agree with parts of it, such as creating a committee that would decide whether to charge an officer and setting deadlines for scheduling hearing board meetings.

Experts who testified against the bill said that they were willing to work with Carter and the committee toward reform.

“While the FOP has concerns over some of the sections of this bill, we are ready [and] willing to have meaningful conversation with your committee to discuss possible amendments and other ideas,” said Michael Davey, a lawyer and former police officer who is general counsel for the Maryland State Fraternal Order of Police.

Carter’s proposal to reform LEOBR also would amend the Maryland Public Information Act to allow officer disciplinary records to be disclosed to the public. Currently, the public is prohibited from accessing police misconduct complaints.

Several lawmakers and panelists said they opposed that change because unsustained allegations made public could undermine, unfairly, police credibility.

Samuel Sinyangwe, a co-founder of Campaign Zero, an organization which advocates solutions to police violence, said that, in least 12 states, members of the public have full access to police misconduct records — including “such progressive states as Alabama and Georgia,” he said, with a hint of sarcasm.

“So there is absolutely no reason why Maryland can’t be as progressive on police accountability as a state like Alabama and Georgia, so we shouldn’t even be talking about which complaints should stay secret,” Sinyangwe said. “This ought to be a conversation about bringing Maryland in line with the level of transparency that we see in many other states across the country.”

“The police exist because of the very people that they serve,” she said, “and so they should not be on a pedestal above the people,” Carter said.

Experts who told the committee they support repealing LEOBR said it’s time to lay the decades-old law to rest.

Neill Franklin, who spent 34 years in law enforcement before becoming executive director of the Law Enforcement Action Partnership, joined Carter in calling for a total repeal of LEOBR, agreeing it places police “over and above the people that we have taken an oath to serve.”

“[The] Law Enforcement Officers’ Bill of Rights, which in Maryland, I believe, was brought to life in 1974, we believe has outlived its initial purpose,” Franklin said.

“The time for meaningless tinkering around the margins of the LEOBR has long since passed,” he said. “LEOBR was bad policy when it was enacted and it’s even worse now.”

Rocah said reform measures should preempt any local law, as LEOBR does now.  The ACLU’s recommendations are similar to due process rights other public employees hold under the Maryland State Personnel and Pensions Code.

“In case after case, LEOBR has made it harder for our office to investigate officer actions, harder to make charges stick and harder for the public to learn what is actually happening,” Mosby said.

“By design, LEOBR reinforces the ‘Blue Wall of Silence’ under which good cops are pressured to keep silent, essentially perpetuating a culture where misconduct is acceptable and expected to some degree,” she said.

Mosby told the committee that her office has “successfully prosecuted and convicted” 22 officers since April 2015, “but because of LEOBR, some of those officers remain on the force,” she said.

“LEOBR has tied the hands of our police commissioner over the years.”

Some who oppose repealing LEOBR said they fear what could happen if there isn’t a uniform disciplinary process across the state.

If LEOBR is simply repealed as Carter intends, “each of the 148 law enforcement agencies in this state would have the ability to create their own disciplinary process with no oversight or control by your general assembly,” Davey said.

Sydnor, who sponsored several other police reform bills heard this week, asked experts who favor LEOBR what policy arguments they would make for maintaining it.

Davey said that, because officers have “very dangerous jobs” where they have to make “life and death decisions all the time,” they deserve the job protections given under the Law Enforcement Officers’ Bill of Rights.

“They have to have some form of protection from political-based complaints or … issues where police chiefs can say ‘You know what, it’s easier to just terminate this officer as opposed to following the current law and just having a disciplinary hearing’,” he explained.

Sydnor said that, unless he can find a policy argument for maintaining the law, he stood with Carter who wants it repealed.

“I’m in Senator Carter’s camp, and I think this law has done more harm to people than not,” he said. “And I certainly would be for the full repeal unless I could understand exactly what these … foundational arguments are for this particular piece of legislation.”